TaylorMade staffers Rory McIlroy, Jon Rahm, Dustin Johnson and Matthew Wolff took part in a fascinating debate recently, captured by TaylorMade’s Chris Tross, about whether golfers should use a line on the golf ball when they putt.

There are two schools of thought on this matter. Obviously there is plenty of nuance to these strategies, but the two prevailing methods are either to use the line on the ball to line up the putt or use a more feel-based method.

So let’s run through what some of the best players in the world think. 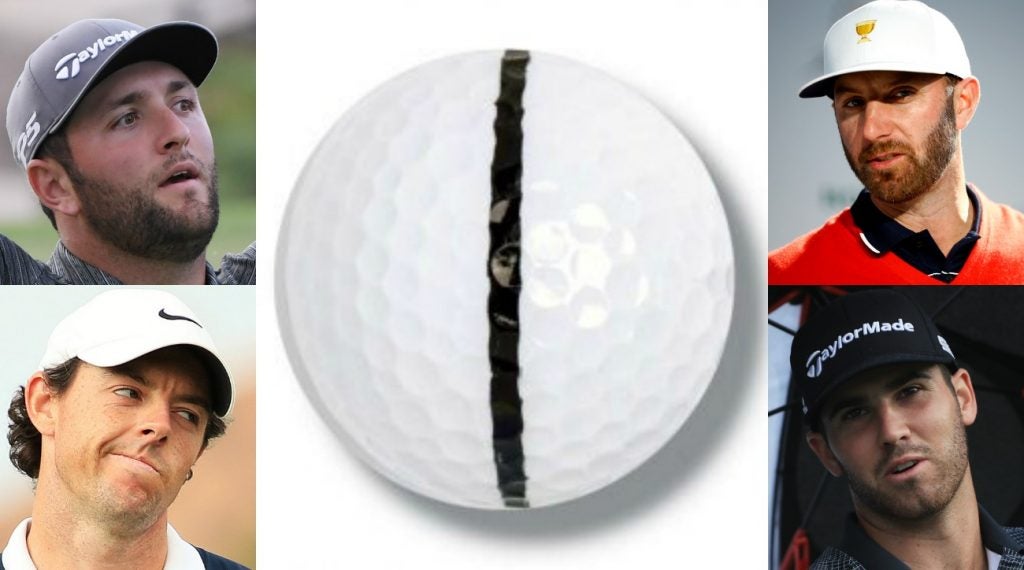 McIlroy explained that he believes there are two different types of putters. The first is someone who relies more on external cues, such as himself, Johnson and Rahm. This method keeps the player connected to their surroundings and in tune with everything around them.

“Anytime I use the line, I struggle with my speed,” McIlroy said. “I’m so into what I’m doing here, that I lose connection with the target. So there are two different trains of thought.”

Then there are putters who rely on internal cues who block out things out outside of their setup and the line on the ball, such as Wolff.

“I’ve realized that the last couple months I’ve putted better with using the line,” Wolff said. “For me, if you take the time to line it up correctly and get comfortable with a line over the ball, I feel like I have a lot more confidence in where I’m aimed.” 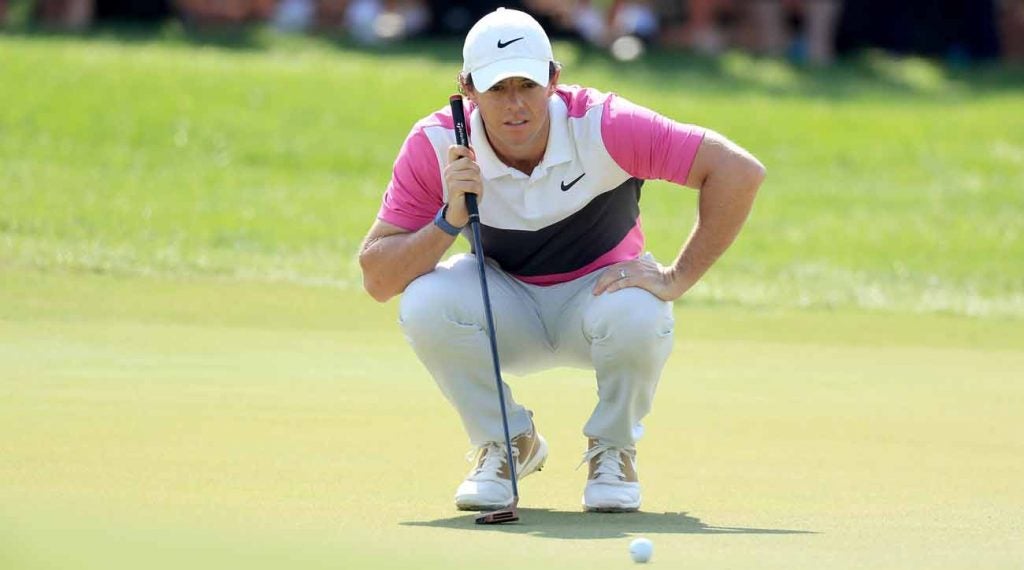 Players who subscribe to the first school of thought prefer the added benefit of feel and speed that their method provides. And in some cases, they can’t trust that the line is correct.

“Honestly any time I have lines, to me, it looks like it’s aiming left,” Rahm said.

Dustin Johnson doesn’t use a line 95 percent of the time. Occasionally he’ll line up a 20 footer that he knows is very straight, but on the whole, he stays clear.

“I’m terrible with lines. When I have a line, I try to line the putt up with the line instead of my feel,” Dustin Johnson says. “On the days when I’m not putting good, all I’m worried about is wether I’ve got this thing lined up perfect.”

Ultimately, It all comes down to if you want to be an artist on the greens, or if you prefer a more scientific and calculated approach. There isn’t a right or wrong answer to this debate, as evidenced by the contrasting opinions from some of the best players in the world. The most important thing is choosing a method that you’re comfortable with that gives you the best chance to hole more putts.