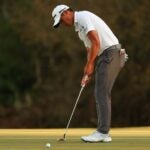 Going away from a traditional grip, Morikawa implemented a “saw grip,” which he learned from Mark O’Meara. It resulted in a WGC victory.

Collin Morikawa has had as much success as anyone since he turned pro in the summer of 2019. He’s won four tournaments — including a major — and with his latest win at the WGC-Workday Championship has ascended to No. 4 in the world. This all before the age of 24.

The success Morikawa has enjoyed might make some players complacent, but not Morikawa. In fact, it’s quite the opposite. His early success has only motivated him more to sustain that level of excellence.

Although he made 22-straight cuts to begin his career, a few missed weekends inspired him to work even harder to make sure the trunk slamming comes as infrequently as possible. Morikawa missed the cut at the U.S. Open last fall, his first major since winning the PGA Championship, which left a sour taste in his mouth. He called it a “wake-up call.”

“Even though I know the scores were really low, I don’t want to miss cuts,” he said. “It’s just not fun. We like to play weekends, no matter what … I like playing four days, not two.”

In order to make sure he continued to play on the weekends, Morikawa started tinkering. With the margins so thin on the PGA Tour, any small advantage can be the difference between failure and success.

One of those changes was to his putting grip, which he put into play two weeks ago. Going away from a traditional grip, Morikawa implemented a “saw grip,” which he learned from Mark O’Meara. The change was key in his win at The Concession last week.

“I’ve never thought about putting or golf this much in my life, because it felt so good,” Morikawa said. “It just felt so different on how I was putting that I knew I was heading down the right path.”

Sometimes, a grip change can make all the difference in your stroke. Pros will tinker with grip changes all the time, and if you find yourself struggling, consider making a change, too.

Below are three grip changes you can use when you’re struggling on the greens. 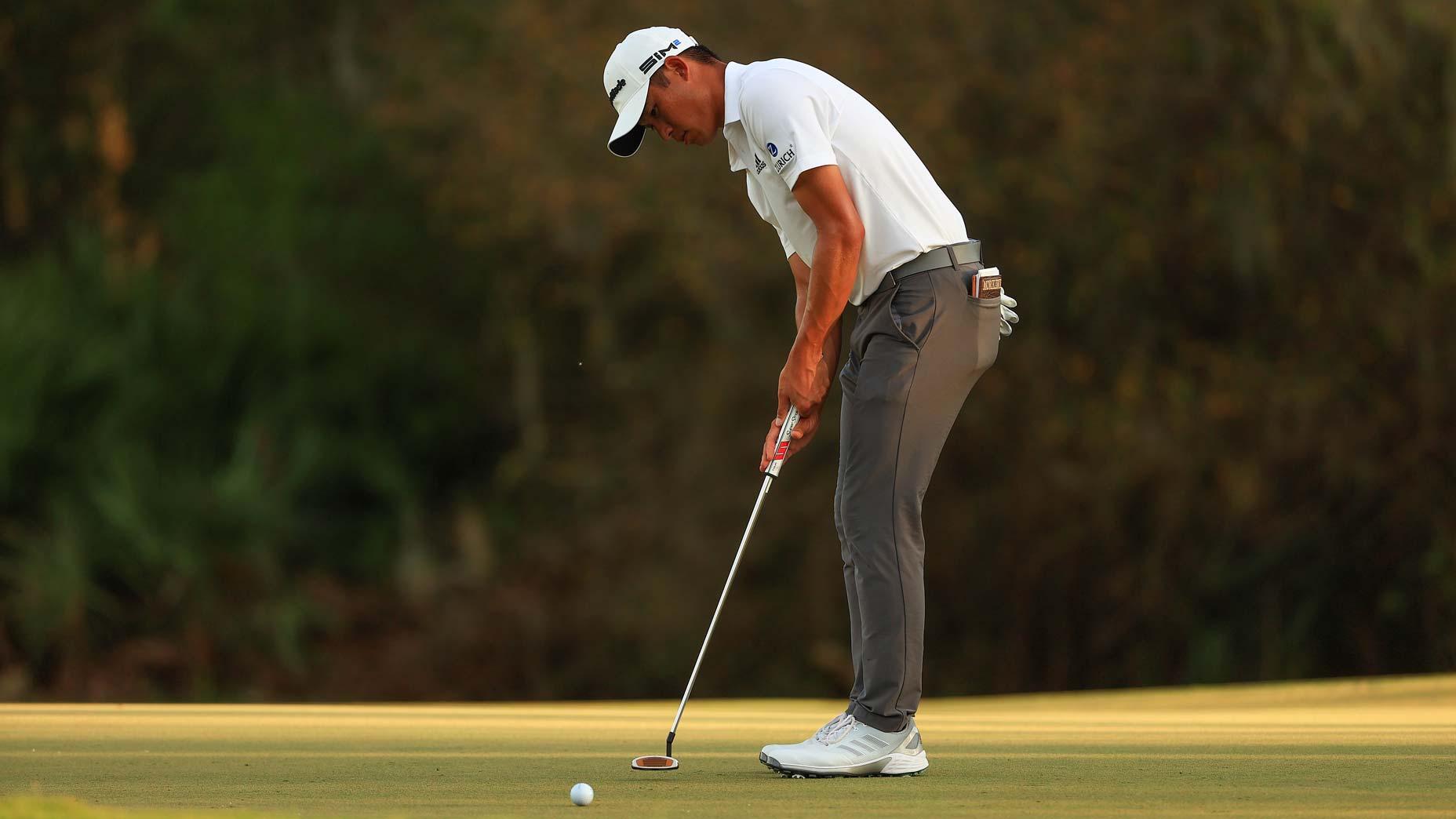 As mentioned previously, this is the grip Morikawa used in his win this past week. He learned it from O’Meara, who explained in a YouTube video that with the right hand, the “top three fingers are on the top of the putter, my pinkie is just on the back edge of the putter and my thumb is around the back side.”

“It basically keeps my right hand in a straight line,” he continued.

The grip helps take the right hand out of the stroke and keeps you from closing the putterface unintentionally. The look might be a little unconventional, but if you struggle with getting too much right hand in the stroke, it could be the fix for you. 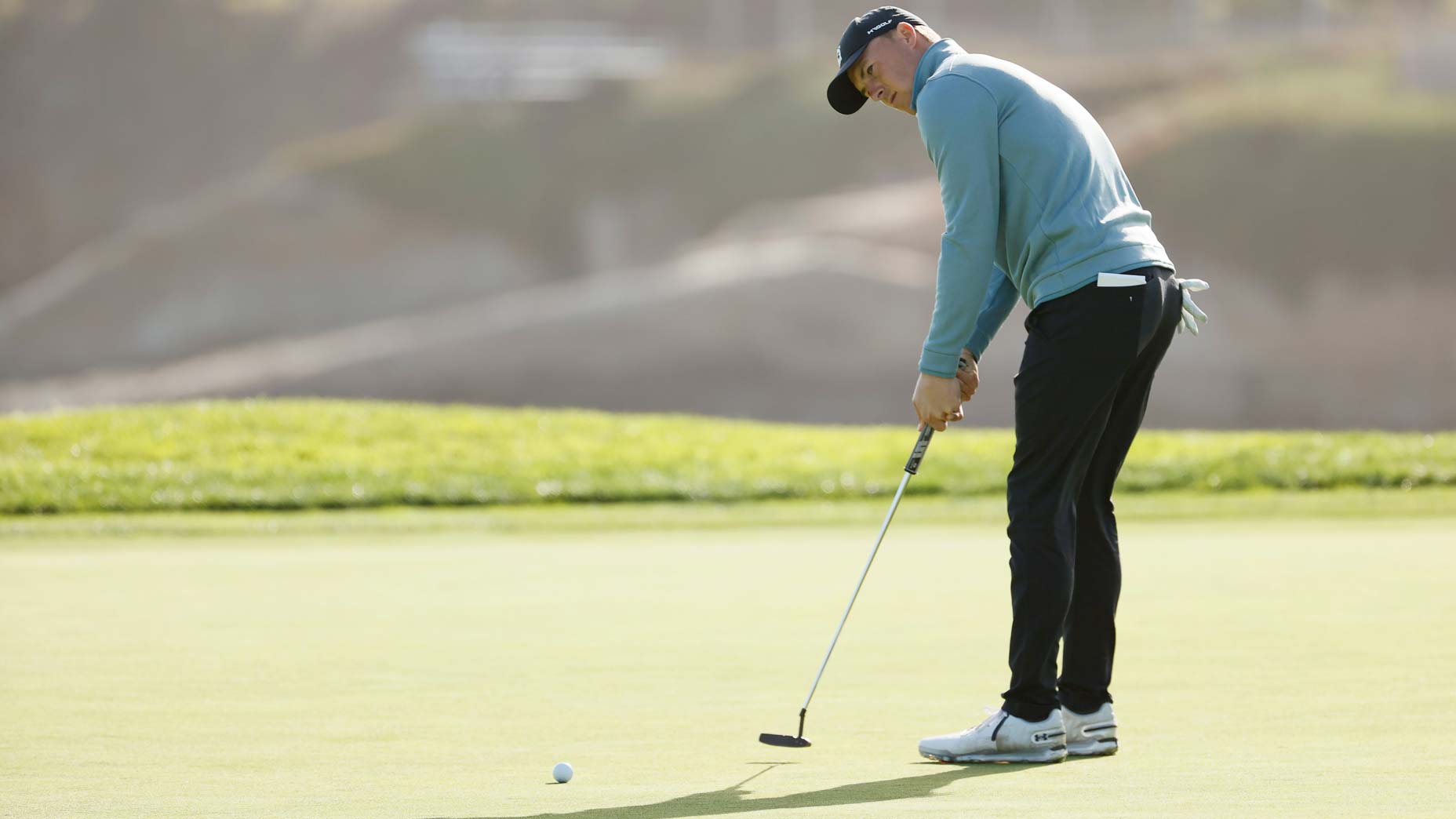 Also known as cross-handed, left-hand low is a grip that you’ve likely seen implemented on Tour. Jordan Spieth is a prominent left-hand low putter which has helped him become one of the best putters in the world.

This grip is an easy one to implement, as almost everything from a conventional grip remains, you simply put your left hand on the grip lower than the right one. Left-hand low puts the dominant hand in a position to power the stroke, but it does not allow it to manipulate the putterface.

This grip also levels the shoulders at address and assists in keeping the putterhead low to the ground throughout the stroke. 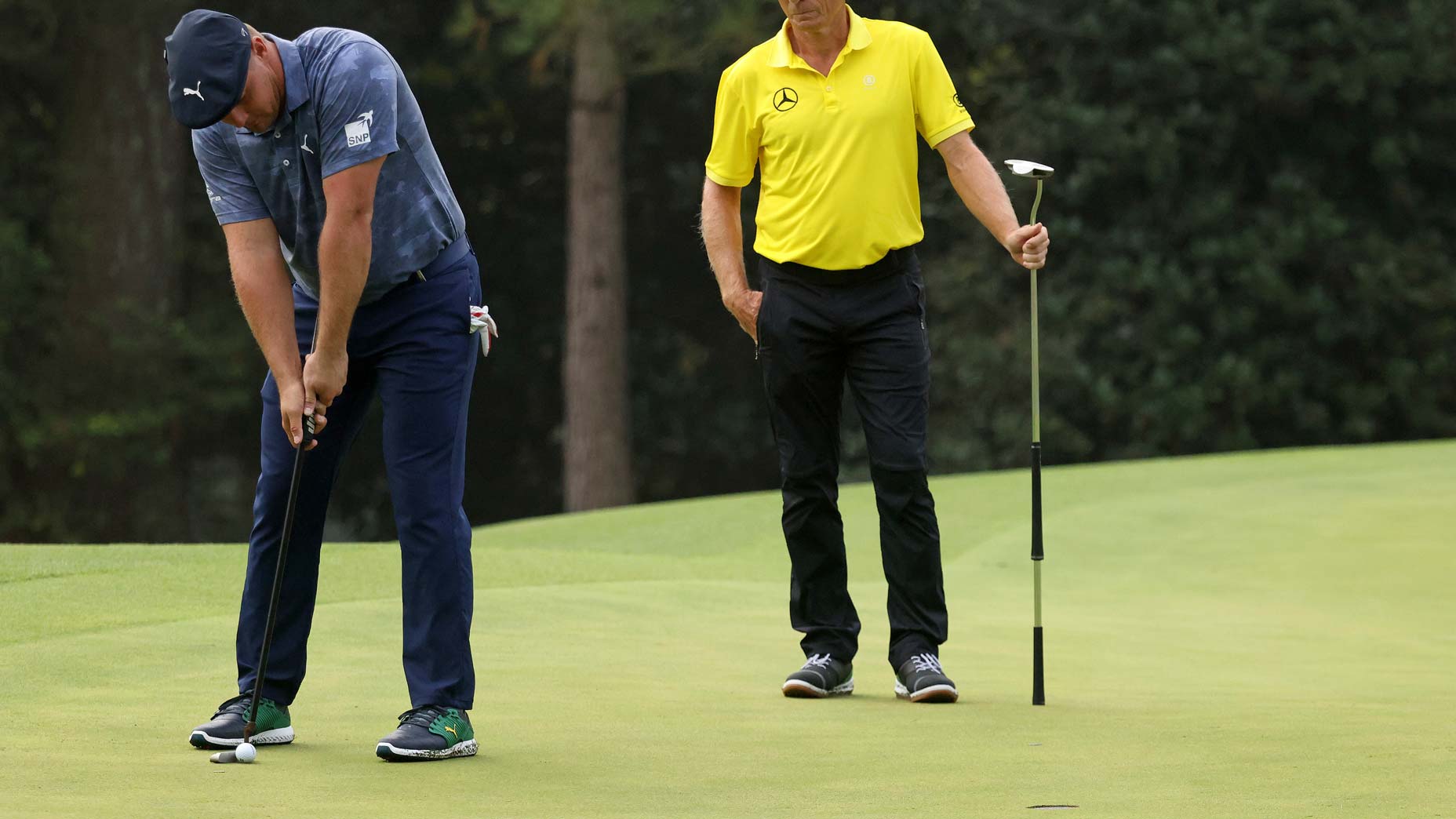 The arm-lock grip is one you might recognize from players such as Bryson DeChambeau and Matt Kuchar. This grip is commonly used with a traditional grip and a longer putter as the shaft is snug up against the lead forearm, promoting the arm and putter moving as one unit.

This grip will likely require you to purchase a new putter with more loft as the forward press will be quite severe. The stroke might feel awkward at first, but as when switching anything in your golf game, that is to be expected. If you are committed to this grip, stick with it and see if it pays off.

For more help with your putting, schedule a putter fitting with the experts at our sister company, True Spec Golf.

Dial in your putting with training aids from our Pro Shop