Top 100 Teacher: These 3 drills will ‘simplify’ your golf swing

When you're struggling on the course, sometimes simpler is better. A GOLF Top 100 Teacher is here to help with that.

Sometimes when you’re struggling on the golf course and not sure what to do, it can feel like there’s a lot going on. In many ways, that’s probably what’s causing you to play so poorly. You keep adding more and more things in attempt to fix it, but your scores only keep getting worse.

What you need, in moments like this, is to bring it back to the basics: to simplify the thoughts in your head and the excess movements in your swing.

To help with that, GOLF Top 100 Teacher Shaun Webb, alongside his Athletic Motion GOLF co-founder Mike Grenato, offers a few drills to help you do exactly that. 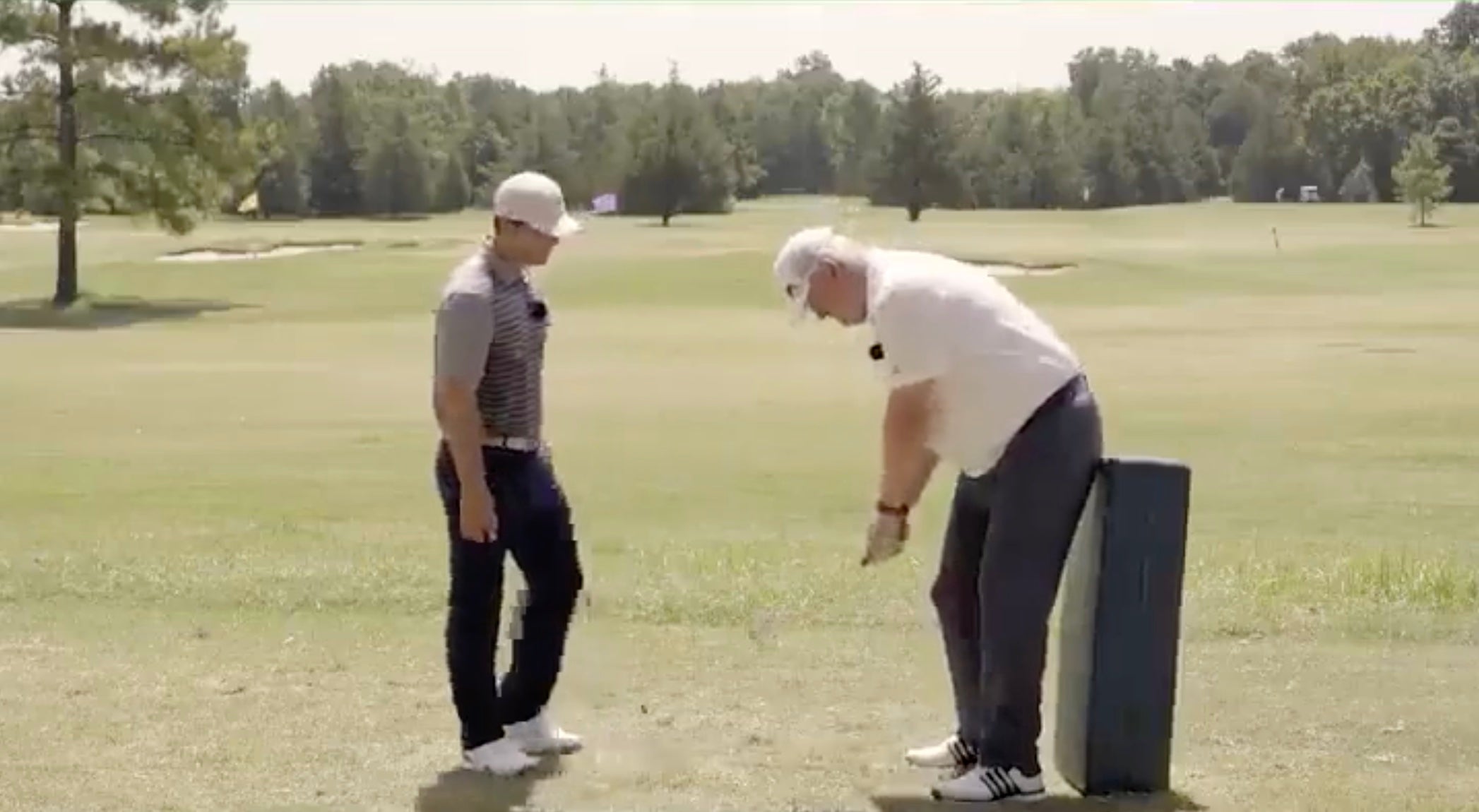 The first drill is to set up so your feet are about a clubhead’s distance from a chair, box, or golf ball, then get into golf posture. Your rear end should be resting up against the object slightly, but not enough to push it over. Do all that and you’ll be in an ideal setup position, ready to start hitting golf balls, Webb says.

“That’s going to give him enough forward bend with his upper body, and enough bend with his knees, so that when he pivots he can move his hips correctly,” he says. 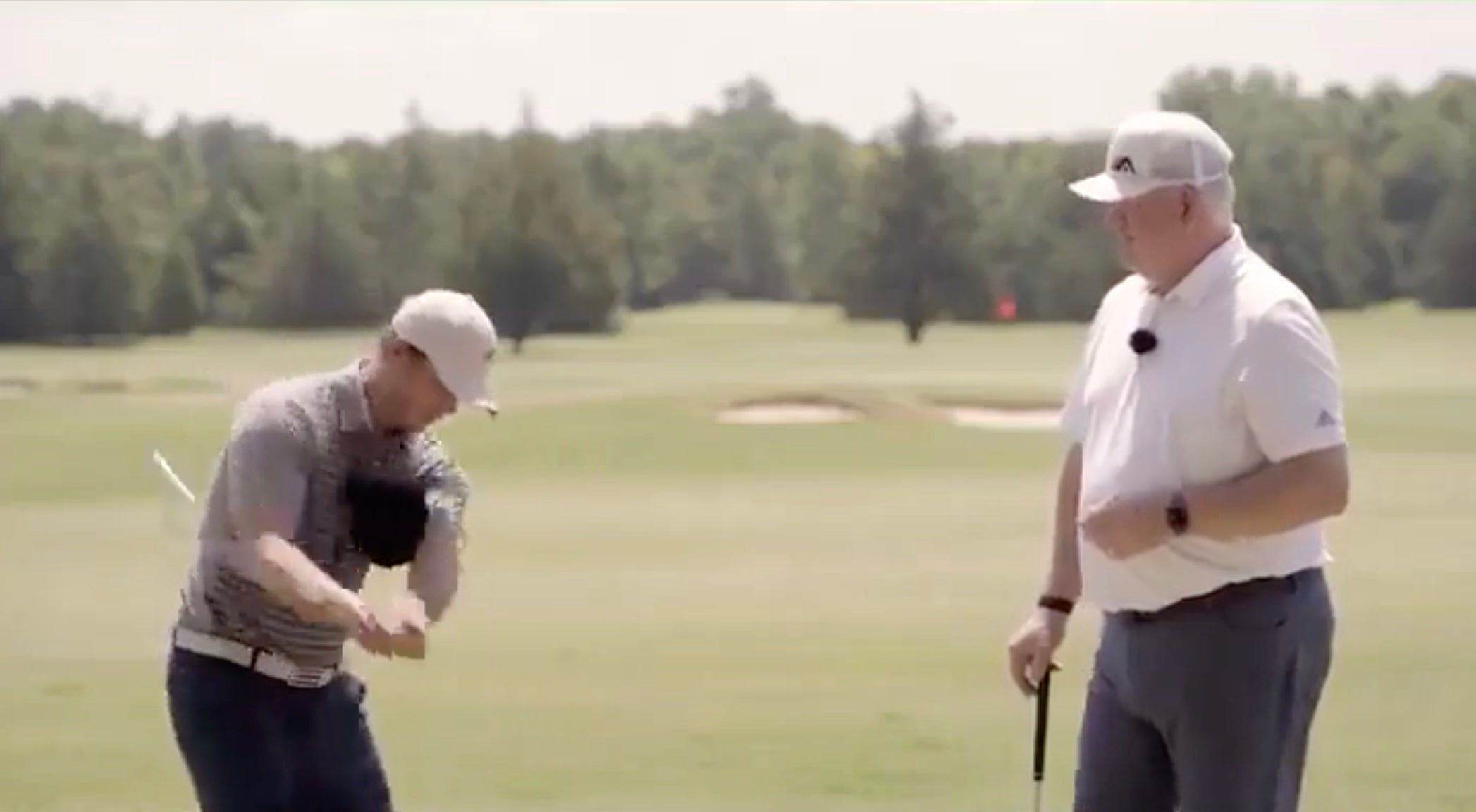 One problem that you’ll often see among golfers, usually in the high single digits, is a tendency to get their arms too far behind them on the backswing (most teachers refer to it as “getting stuck”). When this happens, their arms simply don’t have time to catch up to their body, so they flip the clubhead — which can be hard to predict. To fix it, Webb says to place an object like the Tour Striker Smart Ball under your left arm.

“It helps me do what the best players do … get my arms back in front of me and out of the way,” Granato adds. 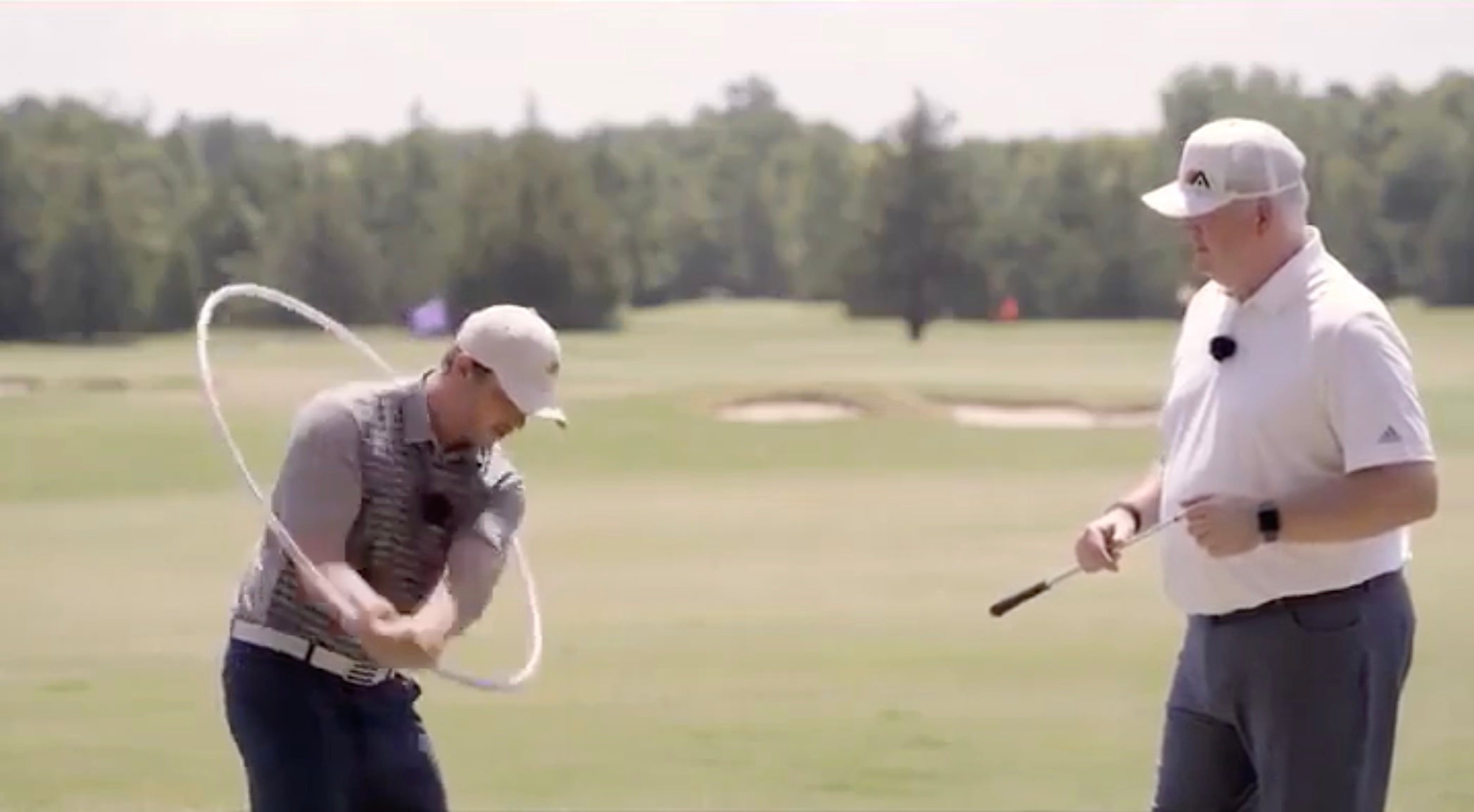 When players struggle with large directional misses — big slices, for instance, or huge hooks — part of the problem is their swing path. It may be going severely in one direction which, paired with a not-square clubface — sends the ball wildly off course.

To help with this, Webb says to grab a hula hoop and make some some slow motion swings, making sure the hoop doesn’t wobble.

“If I do that, I’ll be keeping this hula hoop in its own plane,” Webb says. “If I tried to roll the forearms, or took the body in a bad direction, you could immediately see it.”