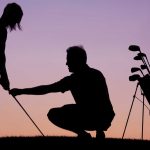 When it comes to fixing your swing, don’t scrub it all, just lose the junk, says new GOLF Top 100 Teacher Nick Clearwater.

If you’re like me, you’ve got a lot of junk on your computer. Over my years as a GOLFTEC coach, I’ve acquired thousands of files, documents and, yes, a couple hundred swing videos, many of which have served little purpose other than royally clogging my hard drive. Every so often, all that junk gives way to a purge — a cathartic deletion of all that stuff.

As golfers, we keep a lot of junk on our personal hard drive: swing hitches, bad thoughts, avoidable mistakes. But when it comes time to start getting rid of the junk, too many students see it as an opportunity to get rid of everything, blowing up their entire swing and starting from scratch. Not smart.

Paul, whose GOLFTEC instruction data you can see on the right, was one of those students. “My average score is 85, and I don’t get enough birdie chances in a round,” Paul told me. “I’ll do whatever it takes to get more looks, even if it means revamping my entire swing.”

Paul and I began his instruction with a “Tee-to-Green Challenge” — a 29-shot, full-game assessment using custom teaching software developed for GOLFTEC by our friends at Foresight Sports. The assessment encompasses all aspects of your game, allowing you to compare your skills to Tour-level pros and golfers within your ideal handicap range. It is also at the core of everything we do at GOLFTEC, informing our data-driven approach to game improvement.

Paul never mentioned his short-iron struggles in our conversation; he could only reconcile his lack of birdies as being caused by a major swing deficiency. In reality, his “hard drive” needed some fine-tuning, not a complete overhaul. With a benchmark for his short-iron weakness in place, we worked for a few hours over the course of a few weeks on scoring-iron technique and strategy from within 120 yards.

The results were significant. In his baseline testing, Paul’s approaches from 100 to 120 yards landed more than 60 feet from the target on average. After our work, his average distance to the target dropped to just over 20 feet. For a golfer who shoots in the mid-80s, that shift equates to roughly a 40 percent decrease in three-putts without changing anything in Paul’s putting stroke.

Today, Paul is close to a half-shot better with a wedge in his hands than he was when our work began, and I’d bet his birdie rate is way up. By improving Paul’s weaknesses, we stacked the deck statistically toward favorable outcomes. It’s reasonable to expect that Paul’s shots to 10 feet will become shots to five feet. Tour players make 37 percent more putts from five feet than they do from 10. This is how game improvement snowballs: Good changes lead to good shots lead to good scores.

There’s no reason to wipe the slate clean on your game. Rather, it’s time to delete the junk on your swing hard drive, and at GOLFTEC, we’ll show you precisely how to do it.