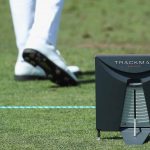 Many Tour players rely on data to craft effective practice routines. So should you.

Golf instruction is more than a century old, and so too, it seems, is the process of receiving it. The game is vastly more dynamic than it was 100 years ago, but the process of game improvement remains starkly binary. It’s true — your scorecard is the only way to measure success. But using your handicap to measure growth is a bit like using the sun to tell time; it works, but is it really the best you can do?

At GOLFTEC, game improvement is just that — a game — with the goal being to drive your handicap lower than ever before. It all starts at a GOLFTEC swing evaluation, where your performance will craft your personal “score,” a bench – mark of your skills against those in the sport around you. Through skills challenges, GOLFTEC coaches gauge your proficiency all the way through your bag. From here, your instructor develops a plan for attacking your individual game improvement and spiking your personal score. The higher your GOLFTEC score, the greater your skill development.

At left is a student case study from a GOLFTEC center in Grand Rapids, Mich. Robert, a mid-90s shooter, started with coach Matt Williams with the goal of dropping 20 shots. In his first lesson, Robert’s driver skills challenge pointed to a major area of need. His average driving distance was 184 yards, while he failed to keep a shot within 41 yards of the target in either direction. His score: 23 points, or equivalent to golfers who might struggle maintaining a handicap.

Three months later, Robert boosted his average to 238 yards off the tee (a 54-yard gain) with a much tighter dispersion. His 69-point score now puts his driving skill close to that of a player who shoots in the mid-80s. He’s still far from his initial goal of 75 points or better, but his growth shows the value of an evidenced-based approach to instruction. After only one off-season’s worth of individualized work, Robert’s game is measurably better in ways he can identify. That’s thanks to his score, not his scorecard.

Your GOLFTEC score shouldn’t only quantify your improvement, it should also help you (and your coach) find an individualized path to success. Robert’s skills analysis found he spent far too much time focusing on his bunker play when his real problem was finding fairways. With his coach’s guidance, Robert refocused his training to address his game’s true weaknesses and saw significant growth.

There’s no question about it, game improvement looks different at GOLFTEC, but so is the path to success for each and every student we see. Regardless of where you decide to get your golf advice, benchmarking your abilities to ensure your time is best spent in the right areas is critical. Ultimately, the name of the game is improvement, and with the proper data there’s no reason you can’t be a winner