This is the best way to warm up before your round, study finds 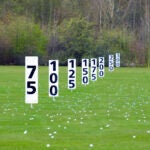 Golfers warm up for their rounds in all kinds of ways. But are they doing it correctly?

The idea of warming up before your round has always been something of a mystery to me. It’s obviously important. At least we think it is. But then you read stories about professional golfers like Carlos Franco who would play without warming up at all, and you start wondering how important it is, exactly.

But to be fair, the Carlos Francos of the world seem like an outlier. Golfers like to warm up, and there are numerous benefits to doing so. So let’s instead ask a different question: What’s the best way to warm up?

In junior golf I went through a stint where I’d get to the course two hours before my tournament rounds. Phil Mickelson used to do marathon practice sessions before his rounds, so I created my own version. I’d spend an hour on short game, then another hour putting in a proper range session.

I liked that by the time I got to the first tee, I’d been at the course for so long I wasn’t nervous at all. But it became hard to sustain. By the time I got to college, I was doing almost exactly the opposite. Rolling up about 45 minutes before my tee time, quickly working my way through the bag, rolling a few putts and hitting the course. And that’s basically what I do now.

But is it smart to warm up this way? There’s a study for that, published in the 2018 World Scientific Congress of Golf. A team of researchers from the University of the Fraser Valley, the University of Nevada-Las Vegas and the Chilliwack Golf Academy attempted to answer that question.

In the study, 24 low-handicap golfers were split into two groups:

The results: Hit lots of different shots and clubs when you warm up

When the results of the study came back, they found that golfers in the second group — who practiced in a “randomized” manner, hitting lots of different shots with lots of different clubs — performed better than those in the first group.

That doesn’t necessarily mean it’s the best way to practice on your golf swing technique, but when it comes to warming up, you should probably take note. When you’re on the range before your round, don’t hit a bunch of shots with three clubs. Try hitting different clubs for each shot, to targets at different distances. You may find you’re more ready for the different situations you encounter on the course, and finally, you’ll have the peace of mind that your warmup is actually helping.

You can read that and plenty more over at GOLFScience.org