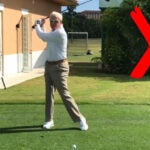 Don't fall into the trap of swinging "hard."

Defending champion Rory McIlroy didn’t have a good Players Championship, and he didn’t pull any punches about his own game after the fact. His biggest fault, he said, was chasing distance, and that chase had negative side effects on his swing:

Asked Rory this on Friday night, and the 20-second deliberation is what makes him such a compelling athlete to cover. He decided to answer honestly, knowing what he was about to say would become a headline:

Speaking on his own social media account after the comments, GOLF Hall-of-Fame teacher Jim McLean offered up some interesting advice for golfers who may be searching for more power in their own game. McLean is one of the most influential and innovative coaches in golf, so when he talks, we listen.

His advice was simple: Generating speed is an incredibly important part of the golf swing, but swinging “hard” isn’t the best way to do that.

“What I’ve known and learn from all my years of teaching is that swinging as hard as you can usually doesn’t work,” he says. “We all know that speed is important. But I like effortless speed.”

McLean says the best way of doing this is by lightening your grip pressure slightly, nailing the correct sequence of your golf swing, and hitting the ball on the center of the face. Too many golfers do the opposite. They start trying to swing too hard and create excess movement which causes a range of issues:

“I’m all for speed, but this excessive amount of effort to hit the ball as hard as you can hurt a lot of people.”

Fascinating stuff from one of the most legendary teachers in the game. Watch on his Instagram account below: