What changed in Jordan Spieth’s golf swing during the Covid-19 offseason?

Jordan Spieth briefly held the lead on Saturday and ended up T10.

Jordan Spieth, much to the delight of golf fans everywhere, had a very good week at the Charles Schwab Challenge. He was jostling for the lead throughout the first three rounds, and even after a slightly disappointing Sunday, still managed to register a top 10.

It’s happy news for fans yearning for a Spieth return to glory, and even his underlying statistics prove this was a genuinely encouraging performance across the board. His driving accuracy and Greens in Regulation statistics matched his performance during the AT&T Pebble Beach Pro-Am, which was his best finish of the season so far. His putting, meanwhile, was the strength of his game all week, leading the field in SG: Putting — despite his four-putt — with 8.6 strokes gained in all.

And Spieth himself, by all accounts, sounded more confident in his ball-striking than he has recently. He didn’t delve into too many specifics, but said he and his longtime coach Cameron McCormick were hard at work over the last few months:

“There’s a little bit of education on myself, on what I’ve done really well historically that I didn’t necessarily realize I did, and then a little bit of retraining,” Spieth said. “It’s not to say — things are feeling better than they have in a while, but it’s not to say that everything is — that everything is back to the best ball-striking I’ve ever had, but I feel like I’m progressing in the right direction, and the things that I’m working on are working towards getting things looking and feeling as good as they have in the past for me, and that’s different, I would say, than a lot of the last couple years where I would be working on something and it wasn’t necessarily moving in the right direction.”

So, with Spieth seemingly returning to form, here are a few little things I noticed about his move in his return to competitive golf. And as always: If you’re the kind of person who likes to get angry about slight differences in camera angles, you should probably just click away. This is not intended to be an exact science, coaching, or anything in between, merely a general look at Spieth’s game for all us fans who might find it interesting. 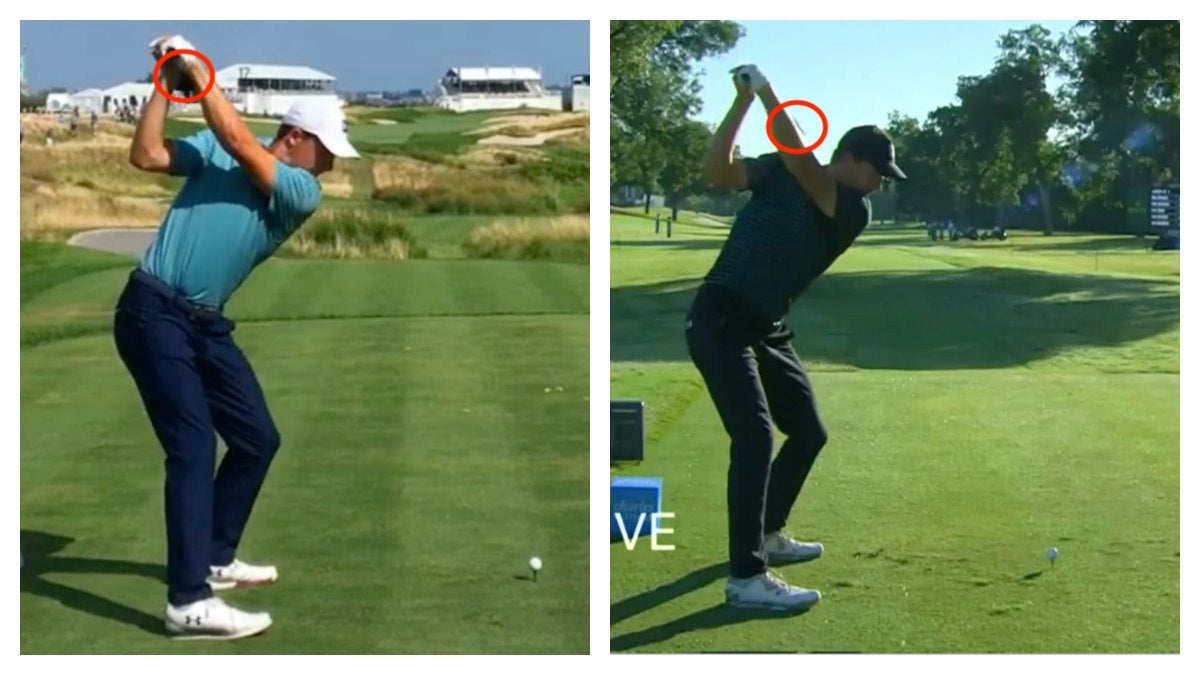 I have no idea if Spieth has been working on lengthening his backswing, but there were certainly times it seemed a little longer than it had been. As you can see on the left, taken from a picture of Spieth in late 2019, his club shaft had gotten to just about parallel, with the clubhead hiding behind his hands. On the right, from the first tee of the second round last week, Spieth seems to have turned more, with the clubhead peeking out from behind his forearm.

If this is indeed the case, we’ll likely see Spieth drive the ball a little longer in the future, and we may have gotten a glimpse of it last weekend: He averaged 314 yards off the tee this event, vs. 295.6 yards at the same event last year, but with a sample size that small, it’s hard to put too much stock in it. 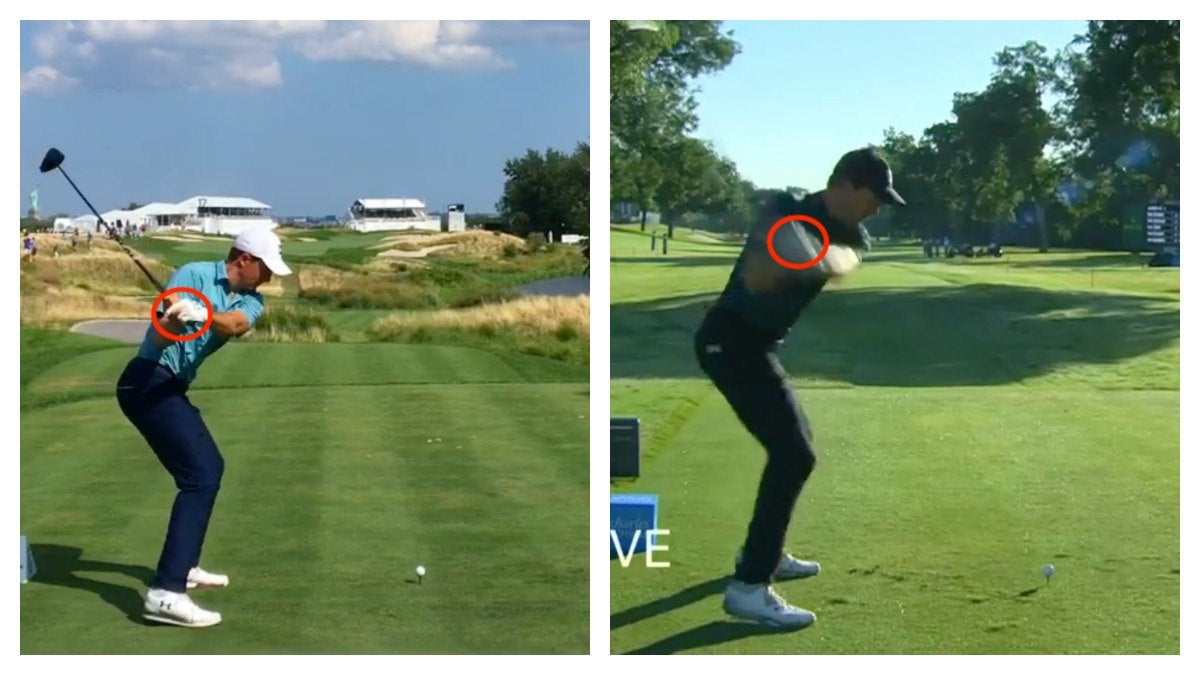 Another thing I’ll be keeping my eye on is Spieth’s downswing. With the caveat that we can’t read too much into one tournament, it did seem as though Speith’s arms — and therefore, his club — stayed more in front of his body on the downswing. As you can see on the left, Spieth’s arms are deeper around and behind him. That’s not necessarily a bad thing, it just means that in order to match it up, Spieth needed lots of torso rotation in order to bring the club back around in front of him. If he didn’t, he’d alternate between blocks and hooks, which were often the misses we saw with Spieth last season.

Last weekend, which you can see on the right, Spieth’s arms didn’t get as far behind him on the downswing. His hands appeared more in front of his chest, and we saw fewer big misses.