Collin Morikawa’s ascent toward stardom is beginning to enter orbit. On Sunday at the Workday Charity Open, the 23-year-old phenom became only the second player in PGA Tour history to record his second professional victory before his second missed cut (the only other player to do it: Tiger Woods).

His powerful drives and buttery fades have earned him a fast reputation as one of the PGA Tour’s most consistent threats, a hypothesis buttressed by his performance in his first 13 months as a pro (eight top-10 finishes to go along with his pair of wins). At Muirfield Village Sunday, Morikawa climbed back from three strokes down with three holes to play, then outdueled World No. 3 Justin Thomas in a playoff to take home the championship.

While he wears the polish of a golfer twice his age, Morikawa could be forgiven for floating Sunday afternoon. Fortunately for him, the golf shoes that kept him firmly attached to the ground beneath his feet were built to make him feel like walking on air.

They are the Adidas Tour360 XT golf shoes, built with a “Puremotion” outsole for improved grip and flexibility and a 360-degree wrap to provide enhanced arch support and foot stability. While these kicks come from the same manufacturer of the uber-popular (and trendy) CodeChaos shoes, they’re old-school spikes — a product line built at the intersection of performance and durability that’s been around for more than a decade. The Tour360 XT was built with bearing the elements in mind, featuring seam-sealed Climaproof technology and a bouncy midsole for easy walking.

Sure, you might not have won a PGA Tour event at Jack’s place, but with Morikawa’s Adidas kicks, you could be forgiven for floating too. 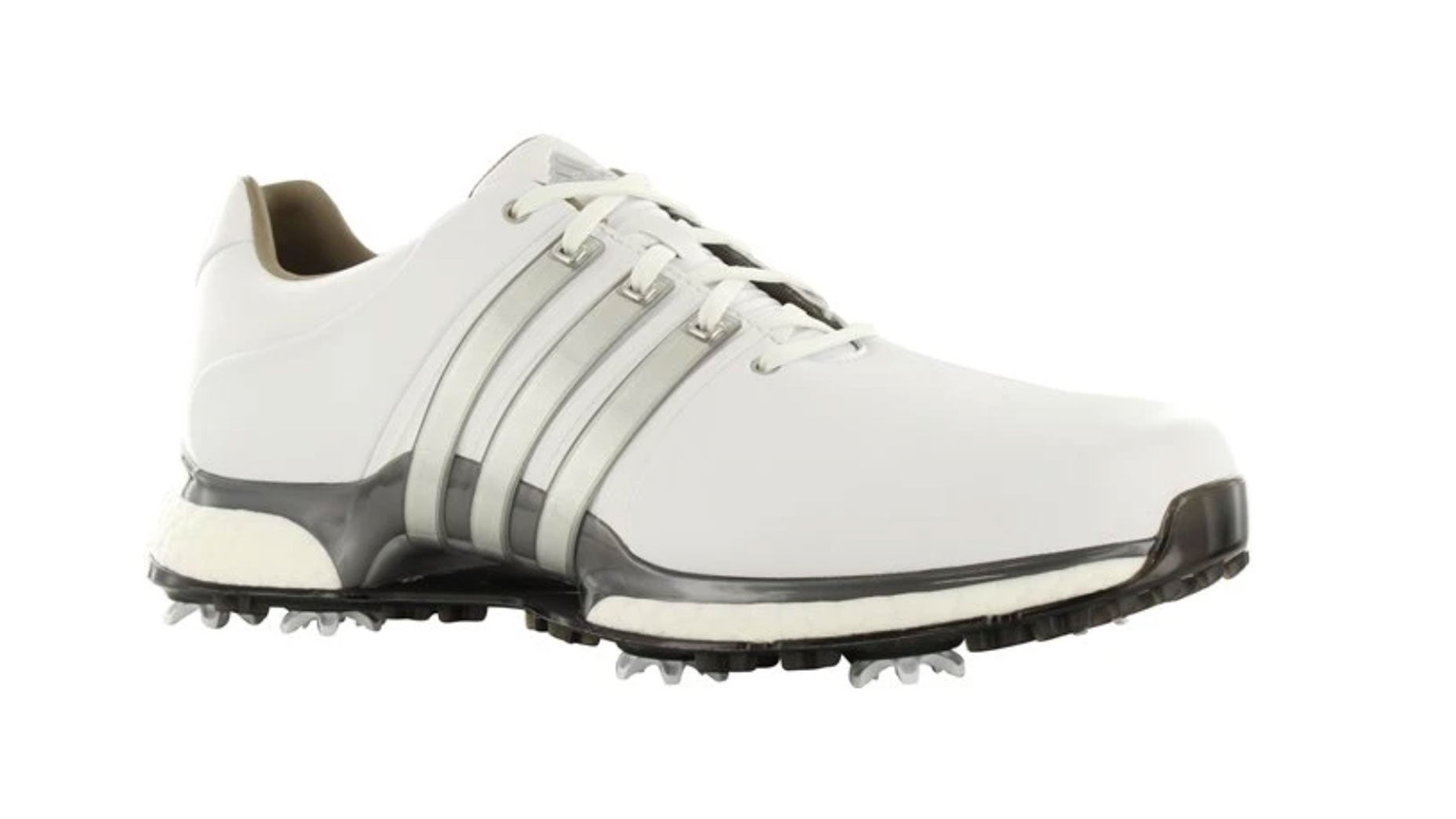 The Adidas Tour360 XT golf shoe is made from easy-to-clean premium leather, and features proprietary Climaproof weather resistance. They have a 360Wrap that circles the foot for locked-in support and responsive Boost technology in the midsole to cushion every step. The Torsion Tunnel on the outsole provides flexibility and additional arch support, and the X-Traxion secondary lugs and eight cleat TPU Puremotion outsole provide ultimate traction and durability. If you’re not convinced yet, these kicks come with a two-year weatherproof warranty.
Buy now from GOLF.com