Three weeks ago, Xander Schauffele landed in Maui for his first tournament of 2021 with a sinking feeling in his stomach. Only recently recovered from a protracted bout with Covid, Schauffele abandoned his lofty goals for the week in favor of something more modest — remaining afloat.

While he was medically cleared to participate in the event and return to his normal life, the virus had also run its course on Schauffele’s fitness level. What lay ahead in Maui? Four days on the Plantation Course at Kapalua Bay — a rolling, 7600-yard course set into the side of a volcano.

With virtually no time to prepare, Schauffele knew he’d be stretched thin against a newly expanded field. Not only would he have to regain his touch on the fly against the best players in the world, but he’d also have to manage four grueling walks through Kapalua’s hills and valleys at less than 100 percent.

The situation called for an ace in the hole, and Schauffele’s hand was looking worse by the minute. After surviving through a pair of practice rounds in his traditional Adidas Tour360 XT shoes, he made a last-second switch, pulling a pair of Adidas’ brand-new ZG21 shoes out of the box.

What followed was, well, an ace in the hole. With Adidas’ super-lightweight new shoes on his feet, Schauffele finished T5 at the Tournament of Champions, just four strokes off eventual winner Harris English.

“So far, so good,” Schauffele told GOLF.com. “Kapalua obviously went pretty well. It was a true test, it’s a bit of a hike at Kapalua. I was also in a bit of bad shape due to Covid, so the shoe was very instrumental in making me feel lighter on my feet.”

That Schauffele felt the new shoes were weightless is, of course, by design. Reducing the overall weight in the ZG21 from its predecessor (the Tour360 XT) was such an important theme in Adidas’ 18-month design process, it guided the shoe’s eventual name (ZG stands for ‘zero gravity’). Developing a worthy successor to the wildly popular Tour360 XT, on the other hand, required casting a net much wider than weight.

“We went out on Tour and started talking to our athletes and using them as a sounding board, and they all said the same thing,” said Masun Denison, Adidas Golf’s global footwear director. “What they wanted was clear: I want the comfort of spikeless shoes, but I want to still put the cleat in and turn it out.”

Striking the proper balance between quality and efficiency wasn’t easy for the Adidas team, particularly as they gravitated toward a less traditional, more forward-thinking design for the newest iteration of their classic shoes. More difficult still was settling upon a model that performed as well to the rigorous standards set forth by Adidas’ Tour staff as it did to the average player.

“When you’re making a shoe, it’s so hard to know what us golfers want,” Schauffele said. “If you take averages, consumer swing speed is much lower than swing speed on tour. When you’re talking an average of eight-to-10 mph faster swing speed, the swing reacts much differently to the ground.”

Denison and his team eventually pieced together a design that molded the Tour360 XT with last year’s popular spikeless option, the CodeChaos. The result is traditional spiked shoe performance with a boatload of new-age options for weighting and versatility, like a four-layer, waterproof polyurethane upper and lightstrike foam, which is 40 percent lighter than comparable cushioning.

“It’s lightweight, it has spikes, it’s sleek, it has a simple look, and it performs well,” fellow Adidas staffer Collin Morikawa said. “What’s not to like?”

The ZG21’s understated color-scheme grabs the eye for its subtlety, a detail of particular interest to Morikawa, a burgeoning sneakerhead.

“I love when a neutral shoe kinda pops,” he said. “When you look at the bottom when we finish our swing, and there’s a pop of color, and that really caught my eye.”

Golfers can purchase the new shoe in four models: men’s laced, men’s and women’s BOA, and junior. The ZG21 is on sale exclusively for Adidas app users until Feb. 1, when it becomes available worldwide. 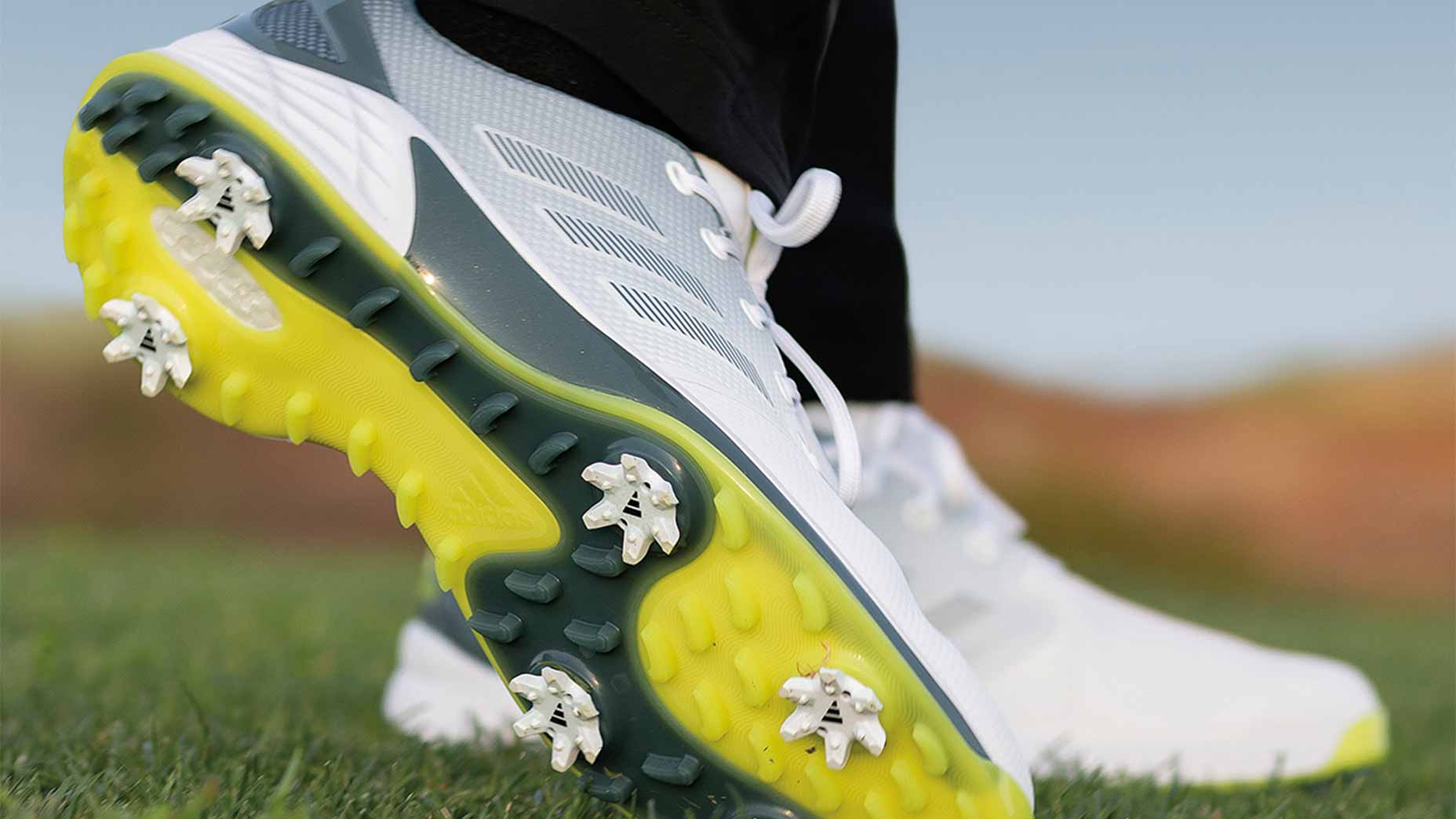 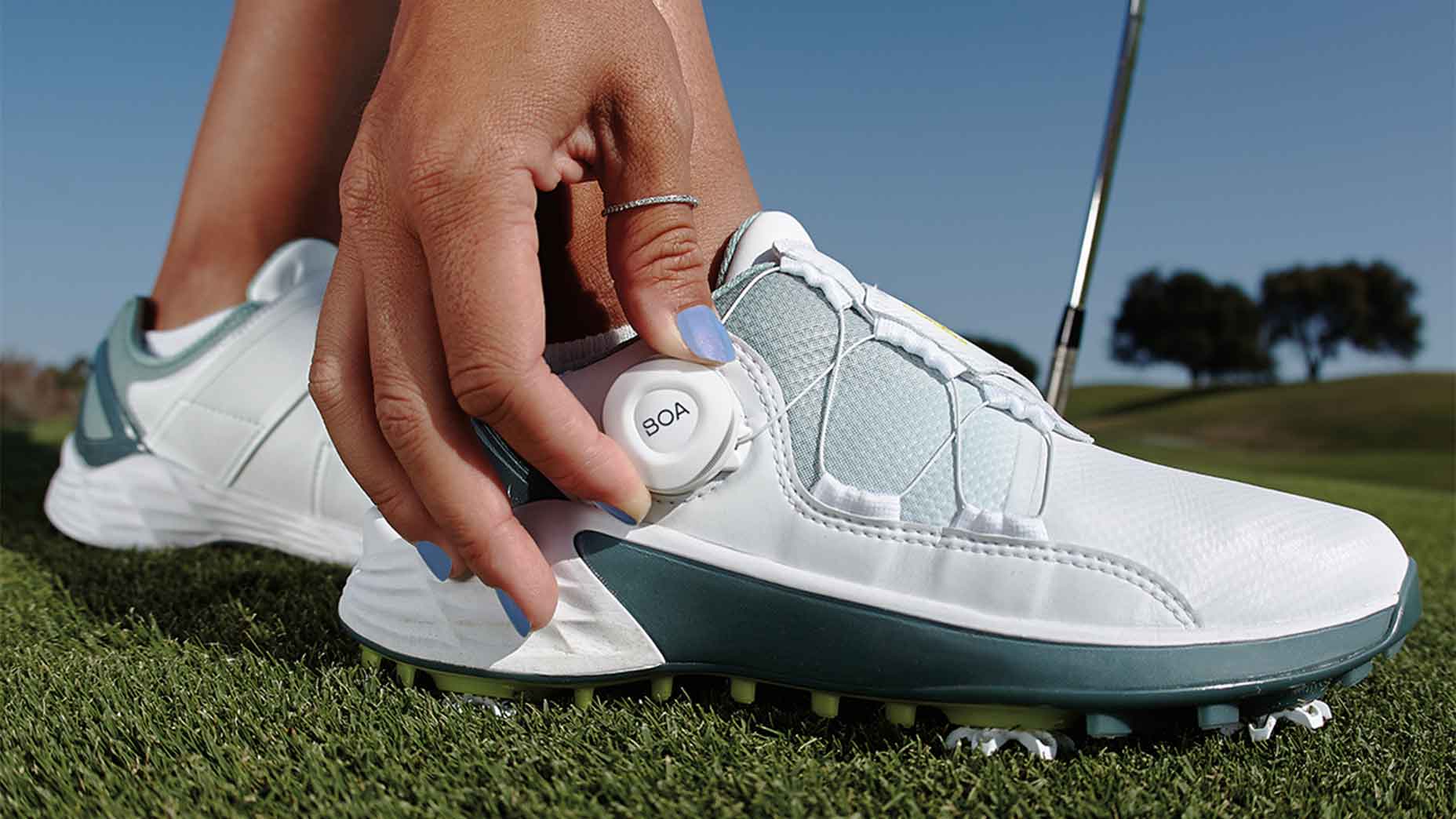 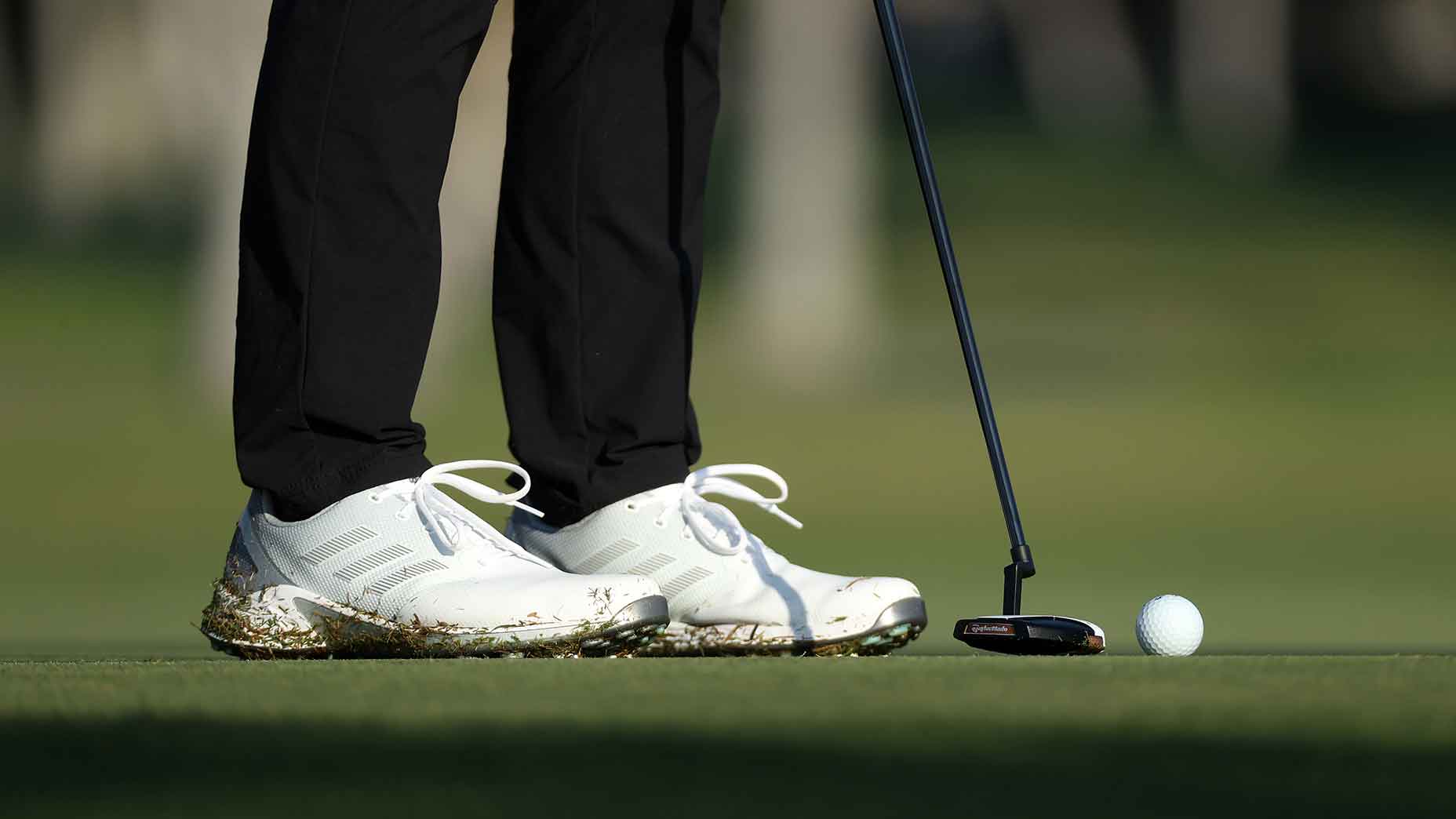 Inspired by weightlessness, built to perform, Adidas’ ZG21 shoe is its most innovative spiked option yet. Ultraboost technology in the sole provides unparalleled comfort, while a four-layer upper comes with a one-year waterproof warranty.
Buy Now on the Adidas App