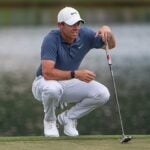 Rory's putting has been a point of inconsistency in recent years.

Take a look at the equipment Rory McIlroy used to win his four major championships and you’ll notice a constant: the putter. The brands changed when McIlroy made the jump from Titleist (Scotty Cameron Newport GSS) to Nike (Method Origin B2-01) in 2013, but the head profile remained the same — an Anser-style blade that was originally designed by Ping founder Karsten Solheim in 1966.

McIlroy remained married to the Anser-style putter until 2016 when Nike pulled the plug on its hard-goods business and turned the now-32-year-old into a gear free agent. Instead of sticking it out with the Method Origin B2-01, McIlroy made the jump to a Scotty Cameron Select Newport M1 Tour Prototype mallet that played a role in his 2016 Tour Championship victory.

The putter change was a turning point for McIlroy, who suddenly found himself hoisting trophies with a mallet instead of a blade. His best statistical performance on the greens would come in 2019 when he ranked 24th with a TaylorMade Spider, which all but confirmed McIlroy was better with a mallet in his hands.

And then McIlroy’s putting hit the skids. He ranked 122nd in 2020 and started rotating putters (a mix of mallets and blades) on a regular basis. Save for a positive stretch with a Spider earlier this year that coincided with a win at the Wells Fargo Championship, nothing stuck.

So McIlroy did what any golfer struggling on the greens would do: he went back to something that worked from his past — a Scotty Cameron 009M. Social media immediately lit up with “Rory is back” messages. 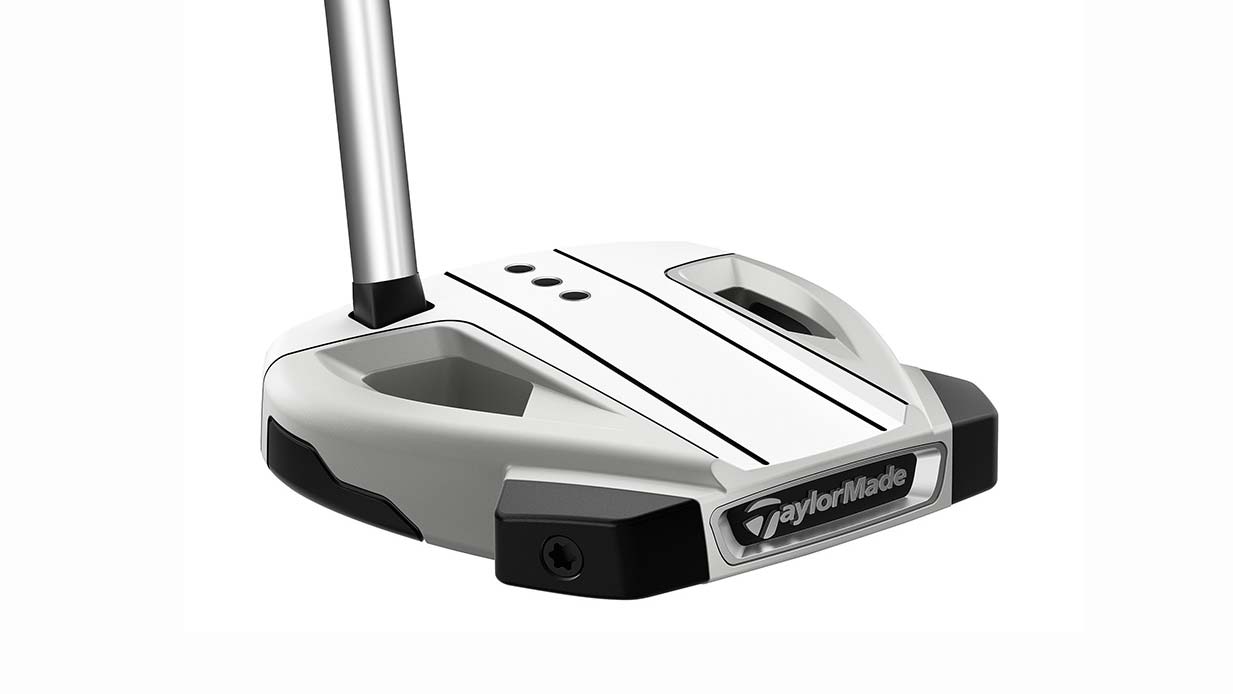 TaylorMade has an all-new face insert on the 2021 Spider EX heads, and it didn’t take long for our testers to notice the difference. “The insert on this one delivers,”one tester said of the new model. “It has a great feel.”The new PureRoll 2 insert has wider and deeper grooves to improve roll and launch, and one of our testers spoke on the improvement: “The ball goes where it’s supposed to. I’m not used to that kind of consistency.”
BUY NOW

Only instead of finding his stroke, McIlroy remained pedestrian on the greens with the Scotty. Even a couple positive rounds at the Northern Trust did little to change McIlroy’s mind: It was time to reinsert the Spider.

“It’s funny, I thought about it, I said to Harry after the first round last week, I’m thinking about going back to the Spider, and then I proceeded to gain four strokes on the greens over the next two days with the blade,” he said.

And then McIlroy uttered a statement that likely made blade users (and 2011 Rory) cringe.

“I think the thing with the blade is the good days are really good but the bad days are pretty bad, as well,” he continued. “There’s quite a lot of inconsistency in it for me. It’s almost like I need to practice with the blade at home because you have to get your stroke spot-on to hit good putts with that style of putter.

“But then when I come out here, I started hitting putts with the Spider again, and it felt so easy. Felt like I couldn’t not start it on line. It was sort of there’s a lesson in there somewhere about maybe just keeping the blade at home and practicing with it and then coming out here and putting with something that’s got a little more technology in it.”

A blade putter for home practice and mallet for competition? It’s akin to a golfer opting for a smaller muscleback to hone his ball-striking during practice sessions, and a slightly more forgiving cavity-back iron during competitive rounds. It’s an interesting concept.

To be clear, this isn’t a hit-piece on blade putters. As Kris McCormack, True Spec’s vice president of tour and education, noted recently on GOLF’s Fully Equipped podcast, not all golfers are going to reap the forgiveness and stability benefits a mallet provides.

“There’s a lot more variables to take into consideration during a putter fitting than irons,” McCormack said. “You can get away with a blade putter a hell of a lot easier than irons. Based upon a player’s stroke type, visual perception of different shapes, how they percieve optics, hosel configuration with offset — sometimes a blade just works better. Everybody is going to be a little bit different. Is a mallet going to be more forgiving and have higher MOI? Sure. But I’ve had those players where we’ve worked a bunch of mallets and nothing seems to fit.”

In other words, just because you can’t get anything going with a blade putter, don’t automatically assume you need a mallet in your life. In some cases, a simple lie angle adjustment or lesson can get you back on track.

And if that doesn’t work, but you simply can’t see yourself wielding a mallet, consider the idea of using a wide-body blade. The elongated flange adds a semblance of consistency that’s comparable to most mallets without going to a decidedly different shape. Multi-material putter shafts from Odyssey, LAGP and BGT can also add mallet-esque stability to a standard blade head.

Options exist. Like Rory, you need to find the best to match your game.