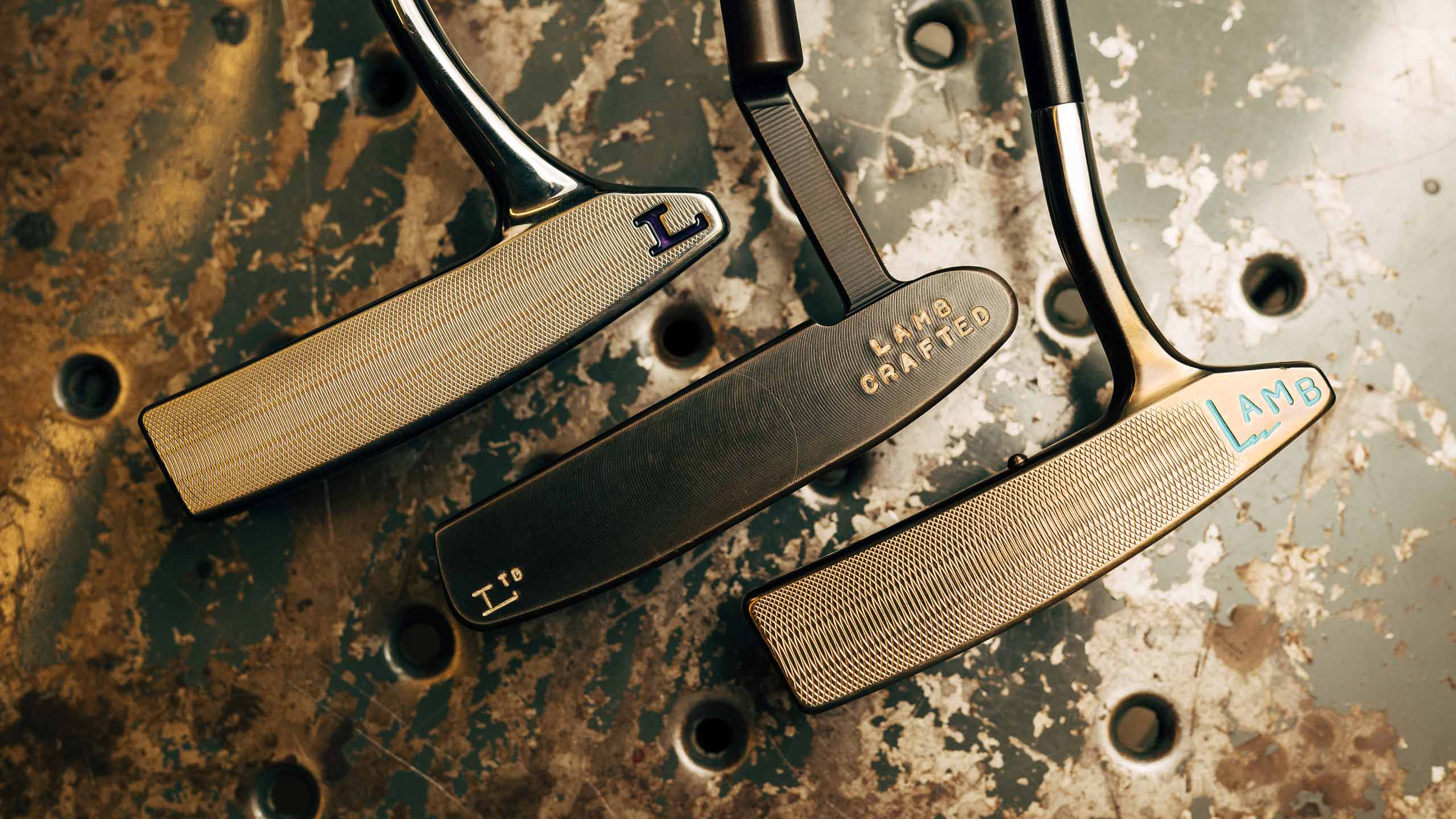 Lamb putters top out at around $1,500, but have fetched double that when resold.

For the better part of 20 years, I’ve been locked in a low-stakes, high-bragging match against Peter Grossman, whose desire to beat me knows no bounds.

We call it the Grossman-Sullivan Open, or G.S.O. for short, and as long as we’ve played it we’ve talked about creating a trophy. During the stay-at-home pandemic, with Peter and me isolated in different parts of Delray Beach, Fla., I dropped off a blade-style putter with “GSO Champion” lasered into the insert and our initials on each bumper.

Like our match, the putter is one of a kind. I had it made by National Custom Works, which uses 3D printing to create one-off putters: Every aspect of the G.S.O. putter was customized for Peter (even though I plan to win it back soon).

The trend toward customized wedges, putters, even irons and woods has been growing for years. TaylorMade and Callaway have created custom shops to personalize and modify their clubs, while smaller producers have leveraged social media to become the golf equivalent of boutique winemakers: expensive, sought-after and elusive.

Enthusiasm drives a business where price is no object. “In the last two years, our custom business has just about doubled,” says Brian Bazzel, VP of global product creation at TaylorMade. Its most popular customization is the Spider X putter, with billions of combinations of shaft, lie and color. It costs about 20 percent more than the off-the-rack version.

Alas, customization takes as many forms as a golfer’s imagination and budget allow. These days, every serious player gets fit for clubs, but the truly obsessed pony up for sticks made by legendary craftsmen Don White, who built Jack Nicklaus’ irons at MacGregor, or Mike Taylor, who created Tiger Woods’ sticks at Nike.

White’s irons start at $400 a head and go up to $650 for muscleback blades that require him to grind a single head for seven hours. But that price is just for the head — not for the shaft, ferrule, grip or someone to build the club.

“Right now, we make about 150 heads a month, at the most,” says Patrick Boyd, who cofounded National Custom Works with White. “It takes time.”

Boyd says many aficionados start with “short sets” — five or six irons that can be gapped to cover different distances.

Barry Doyle, who lives outside Denver, has several short sets gapped at 6 degrees, but also a four-club set at 10 degrees — 24, 34, 44, 54. His desire to play with fewer clubs arose out of a four-club match he played at Ballyneal years ago. “It dawned on me how creative you can be,” he says. “I could have 14 clubs or 4 clubs, and I’m going to shoot 81.”

Jeff Halverson, a scratch golfer who owns an architectural consultancy in Flagstaff, Ariz., describes himself as “a degenerate golf junkie.” He has irons crafted by Don White, but he also has a rare set of blades made by Mike Taylor, the Tiger Woods whisperer whose new company, Artisan, is based in Fort Worth, Texas. After letting that slip, Halverson won’t say more. “The first rule of Fight Club is you don’t talk about Fight Club,” he jokes.

Taylor is more nonchalant about it. “I’ve made some irons for customers I have relationships with,” he says from his shop. “I’ve just asked people, Let’s not go post these things up there on the internet, because I’ll get 14 million emails that I don’t have a response for.”

Taylor’s wedges — which Patrick Reed used to win the Masters in 2018 — are not the subject of such secrecy. At $300 each (with the cost occasionally topping $400 for stamp-happy wedge geeks), they’re reasonably priced — at least given how much custom work goes into them.

“We have golfers at our facility for two to three hours,” Taylor says of a typical wedge fitting. “We look at a lot of approach-shot scenarios. We’ve changed people’s games.”

Another niche of the wedge game is one-of-a-kind models. Anthony Taranto, one of Callaway’s master craftsmen, creates wildly designed wedges that get auctioned for charity. Some sets have fetched $5,000, says Dave Neville, senior director of brand management. “You’d be surprised how many people say, ‘I can’t wait to put them in play.’ ”

Putters are another obsession altogether.

Halverson has an affinity for longneck putters, and has dozens of them. Al Vikmanis, the putter maker at National Custom Works, says that with 3D printing he was able to make Halverson the longest longneck in his collection and still keep the center of gravity where it should be. Vikmanis’s putters have gone for as much as $2,500, depending on their complexity.

Somewhat easier on the wallet are the sticks made in Callaway’s Odyssey division, which has a custom putter shop where players can tweak Sean Toulon’s designs. The cost is between $400 and $650. “These are for hardcore putter collectors who want something no one else has,” Neville says.

Perhaps the most sought-after putter-maker since Scotty Cameron is Tyson Lamb, a 31-year-old scratch golfer from Plano, Texas, who is building a workshop in Plano that will double as a hangout. His handiwork collects anywhere from about $1,400 up to $5,000.

For a Lamb putter, everyone waits — even Wayne Gretzy, whose “Allendale flowneck” model took six months to build.

The clubs are cool, but what’s especially priceless for custom-club aficionados is the access. “You’re one D.M. away from the person building the clubs,” says Halverson. “To listen to Mike Taylor talk about working with Tiger — it’s fun to be able to share in those stories.”