Wall-to-Wall Equipment: Why Jordan Spieth changed a significant piece of gear after 6 years 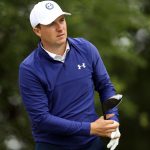 Waiting six years to change out a club is an eternity in the professional ranks. With new products coming out every year for a large majority of the manufacturers, it’s difficult to avoid temptation and not give something else a try.

Every golfer wants to find a magic bullet that takes their game to the next level — pros included.

Of course, there are exceptions to every rule. Take Jordan Spieth’s golf ball. Most gearheads are familiar with the 3-time major winner’s trusty Scotty Cameron 009 putter — it’s been with him since grade school — but few likely realized Spieth was still playing the 2015 version of Titleist’s Pro V1x until last week.

Three days of testing leading up to the tournament convinced Spieth that the week prior to the PGA Championship was as good a time as any to change up the ball.

“It was really like three days of hitting balls in different conditions into the wind, downwind, trying to get a nice day in there too, where you kind of don’t have to fight any,” said Spieth, who has played the Pro V1x for his entire career. “And then hitting shots around the greens, being comfortable with that feel — which was easier.

“I’m trying to optimize launch conditions through the bag, For me, the 2021 Pro V1x, I get more spin around the greens. It’s softer, spinnier around the greens with my short game shots. And then when I went up the bag, I started to get a little bit higher launch, but it didn’t add spin in the long clubs. It just added ball speed and launch. So it’s a little higher window, but it just looks like it’s screaming through the air. And then from the 7-iron on down, I didn’t see much difference in the full shots, just like I said more action around the greens.”

While the latest Pro V1x was softer and generated more greenside spin for Spieth during testing, the mid and short iron characteristics remained consistent when compared to the previous ball. In Spieth’s case, the similarities between the two balls ended up pushing the 2021 version over the top.

“I’m not seeing a massive difference through kind of that mid iron into short iron,” he said. “And I still can hit each shot that I want to with the scoring clubs. So being able to tee off and all you do is change the ball and it’s actually in a similar window that’s going 3-4 yards further, that’s nice. And then when I get to the scoring range clubs, I feel like if anything, I just have the ability to hit an even softer shot if I want to. But the rest of them were all still there.”

Spieth finished T9 in his first full event with the ball while ranking inside the top-10 in SG: Tee-to-Green.

Matt Kuchar made another putter change following a brief stint with right-handed arm-lock at the Masters. Kuchar, who had two new center-shafted blades to test early in the week, opted for a Bettinardi Inovai prototype with a single bend shaft. Despite tumbling down the leaderboard during the final round, Kuchar found his stroke with the winged mallet and ended the week 14th in SG: Putting (plus-3.520).

The Titleist TS3 driver Daniel Berger located in his garage prior to departing for Texas turned out to be a good last-minute pick. Berger finished tied for third in SG: Off-the-Tee (plus-4.355) en route to a T3 showing.

“I came back after taking three weeks off, which sometimes for me can be tough the first week,” Berger said. “Just nice to get off to a good start to a stretch of golf that’s really important to me.”

Want to overhaul your own bag? Visit the expert fitters at our affiliate company, True Spec Golf. For more on the latest gear news, check out our latest Fully Equipped podcast below.