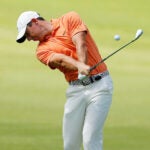 Rory McIlroy hits a shot during the Tour Championship.

In 2020, Rory McIlroy ranked 4th in driving distance on the PGA Tour, hitting the ball 314 yards on average. Yes, McIlroy hits it far, but according to his club and golf ball fitter, he could hit it farther if he wanted to just by switching golf ball models.

Keith Sbarbaro, McIlroy’s fitter and VP of Tour Operations at TaylorMade, says McIlroy uses the TaylorMade TP5 golf ball even though the TP5x is longer for him. You might be thinking McIlroy is crazy, but his decision was actually influenced by Tiger Woods.

McIlroy originally started using the TP5x golf ball back in 2017 after searching for a ball that performed better than his previous ball in the wind. After playing more with Woods, who uses Bridgestone’s Tour B XS ball, however, McIlroy decided to make another switch.

Throughout his career, Woods has used golf balls that spin a lot compared to his contemporaries, which helps Woods hit shots into greens with absolute precision. According to Sbarbaro, McIlroy was influenced by Woods and wanted a bit more spin from his golf ball to gain better distance control. So, McIlroy switched into the TP5 golf ball, which is softer and offers a bit more spin than the TP5x.

Of course, there are some tradeoffs, though. 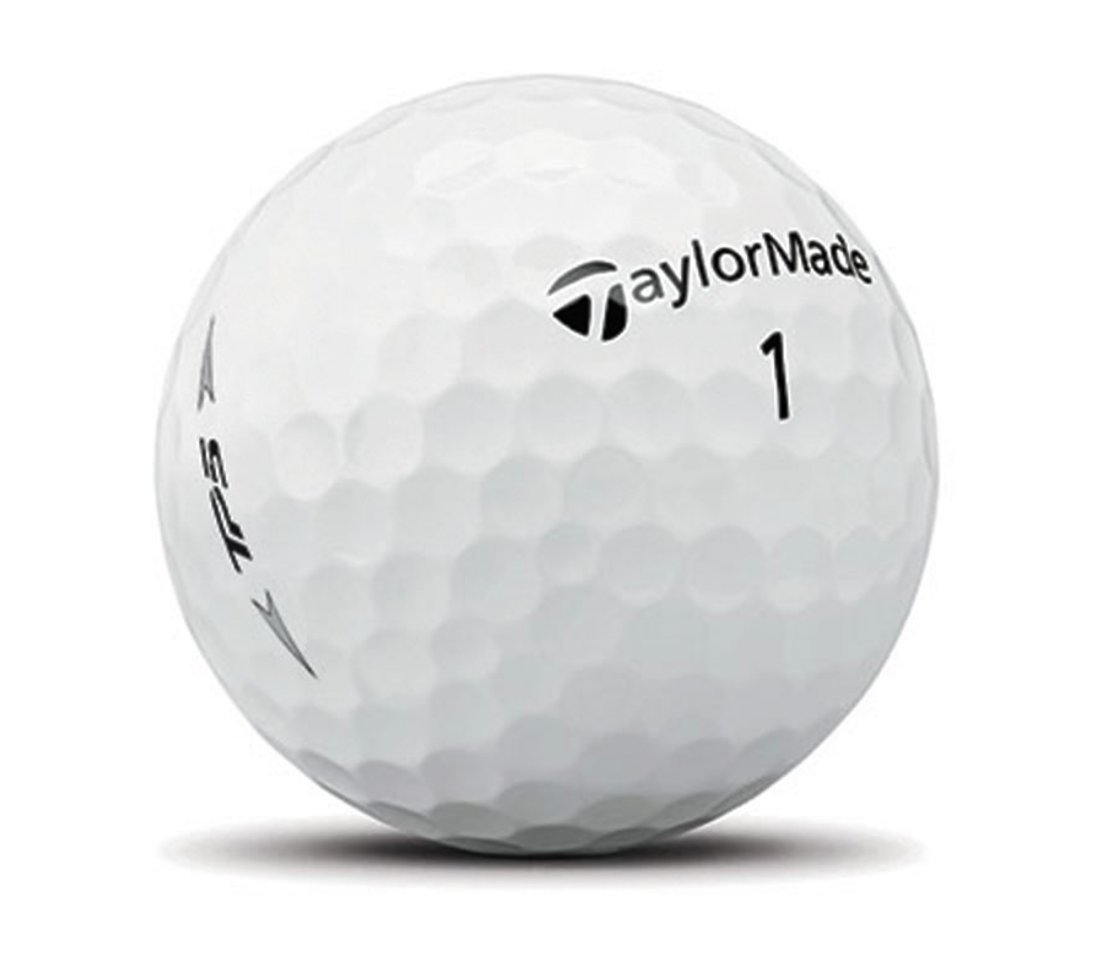 The TP5 is designed to be a bit higher-spinning and offers more control than the lower-spinning but longer-flying TP5x model.
BUY NOW

The TP5x is designed to provide less spin and a higher trajectory, so for many players that will mean more distance off the tee. The TP5, on the other hand, offers a bit more spin and control, but for some it may leave a bit of distance on the table.

Since 2019, McIlroy has decided to use the TP5 golf ball during PGA Tour competition. But, when he really needs some more distance, he goes for the TP5x. Sbarbaro says that when there’s a long drive contest going on, such as at a TaylorMade photo shoot or an exhibition, McIlroy will grab a TP5x for the distance boost.

“He knows there’s extra distance with the TP5x,” Sbarbaro says.

Now, which option is right for you between the TP5 and TP5x? Only a golf ball fitting and personal preference can truly help you decide. Everyone is different. World No. 1-ranked Dustin Johnson, for example, opts for the TP5x; Sbarbaro says Johnson tested the TP5, it just wasn’t better for him. World No. 2 Jon Rahm, on the other hand, uses the TP5 like McIlroy.

“It really depends on what’s most important to you,” Sbarbaro says. “For me, I go with the TP5x because it’s the longest golf ball out and provides plenty of spin. These guys hit it 180 mph, so they can give up a bit of distance if they want or need. If I hit one good, I want it to be really good.”

With distance to spare, McIlroy opts for the increased control he sees with the TP5. He saves the TP5x for his long-drive swings.