Welcome to Gimme That, a GOLF.com column where we’ll highlight one notable item we think you might like. Whether it’s an article of clothing, an intriguing electronic device or anything in between, we want to share these items with you because they’ve generated a bit of chatter by our water cooler (or, these days, on our Slack channel). So sit back, scroll down and keep up with the latest gear golf has to offer.

Name the greatest golfer of all-time. Tiger Woods, Jack Nicklaus, Ben Hogan, Sam Snead — all perfectly valid arguments, and all Hall-of-Fame caliber players. But none can earn the distinction of owning the nickname “The Great One.”

No, that honor is left to a man outside golf, a man whose talents were so great, he rewrote the record books in a way few athletes have. His name, if you didn’t know already, is Wayne Gretzky, and there will never be another like him.

Of course, No. 99’s career ended more than two decades ago, and he’s spent the majority of the time since enjoying the spoils of retirement as a sporting icon. Gretzky has coached, he’s worked in front offices, he’s had TV gigs and he’s spent time with his family. He’s also played plenty of golf.

Of course, how could he not? The father of Gretzky’s grandchildren is Dustin Johnson, the former World No. 1 and two-time major champion who is engaged to Paulina Gretzky.

Gretzky and DJ are a father/son-to-be tandem from heaven — a pair of Hall-of-Fame athletes who share competitive fire, the need for such things as a trophy room, and, it turns out, some style tips along the way.

On Thursday, Adidas announced its newest limited-edition merch drop, a custom-designed set of Tour360 22 golf shoes celebrating DJ and Gretzky’s relationship. The shoes feature some unique design flairs paying homage to the two men, including a blue-and-orange color palette honoring Gretzky’s former team, the Edmonton Oilers. On the left shoe, golfers will find Johnson’s custom-stamped logo, while on the right shoe, they’ll find Gretzky’s famed “99” insignia. Check out some photos of the new line below, courtesy of Adidas Golf.

The shoes — along with a matching hat ($35) — will go on sale a week from Friday (Feb. 25) at the link below. The shoes, which Johnson will wear during his opening around at the Genesis Invitational on Thursday, will retail for $210. 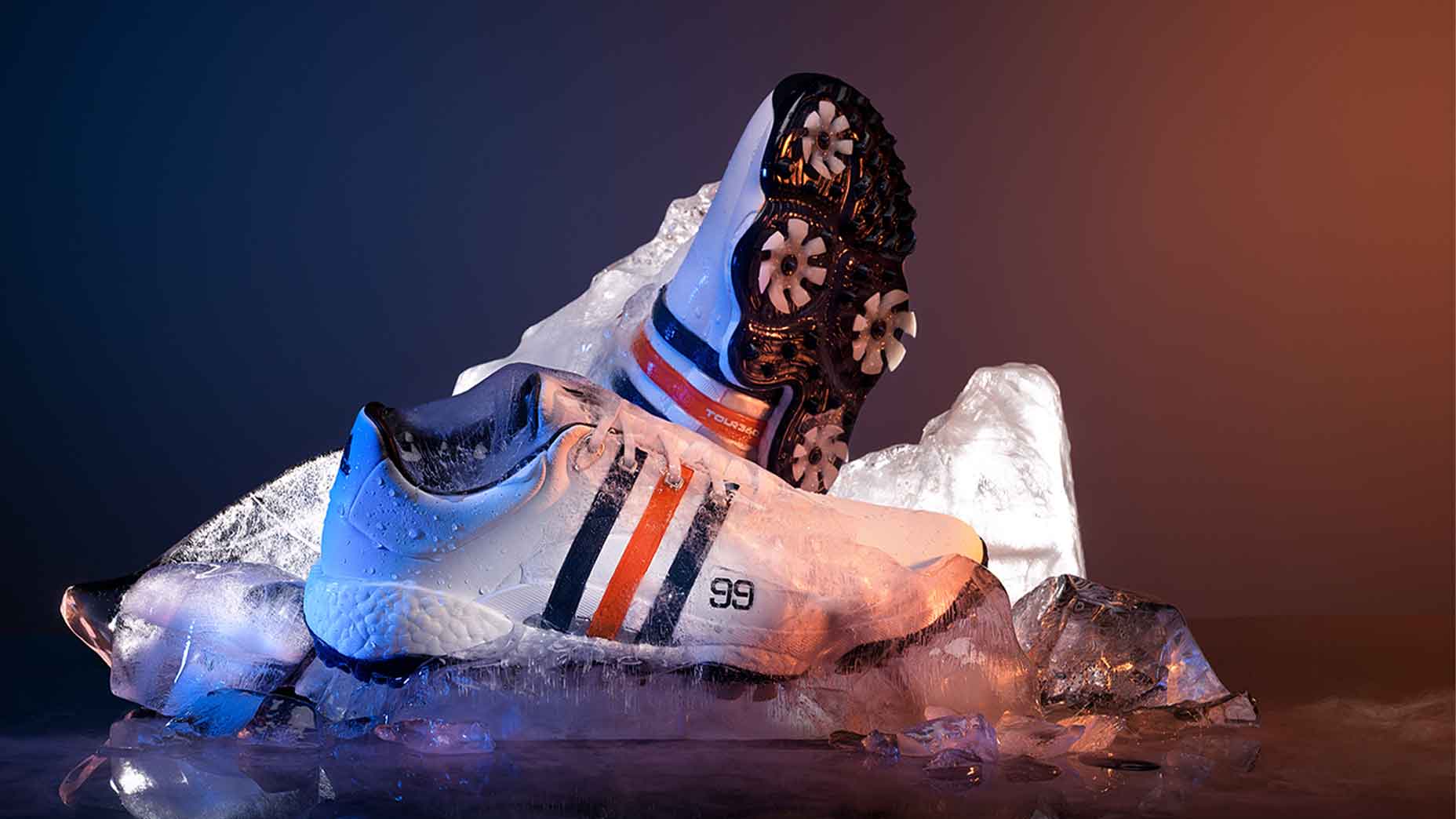 $210
Get the latest-and-greatest in Adidas’ hallmark Tour360 technology with an all-new, limited-edition design highlighting the relationship between Wayne Gretzky and Dustin Johnson.
Buy Now