Fully Equipped mailbag: Why do players change out every club after signing a new gear deal? 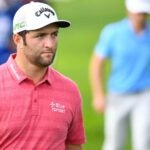 Jon Rahm signed an endorsement deal with Callaway in 2021.

Every January, some of the game’s elite choose to trade in their old sticks for something else. Unlike the average mid-handicapper who has to foot the bill for their new clubs, these players get paid to use a different brand. It’s one of the perks of being a professional golfer at the top level.

The endorsement checks are nice, but they always come with some trepidation. You’re banking on an unknown taking your game to new heights — or at the very least maintaining whatever momentum you had with your previous set. I mention this because pros don’t take equipment changes lightly.

Your livelihood is at stake, so you want to get it right.

Are there cautionary tales where chasing the money has backfired? You better believe it. But sometimes the number is so good, it’s worth the risk.

When a player does decide to make the leap, he’s usually given a grace period to get acclimated to the gear. That might mean adding a new set of irons and waiting on the driver and putter until they find something that checks all the boxes. And if they can’t find something that works right away, R&D can whip something up that hopefully does the trick.

If an equipment manufacturer is smart, they’re giving a new signee some leeway to get acclimated. But you better believe both parties are working hard behind the scenes to figure it out. When Jon Rahm made the move to Callaway last month, he spent three days “working pretty much sunrise to sunset” at the Ely Callaway Performance Center on every aspect of his gear to ensure his setup was good to go for Maui.

The work allowed him to start 2021 with 13 Callaway clubs and add the final piece, an Odyssey 2-Ball Ten Prototype putter, during his second start. He’s since posted back-to-back T-7 starts to open the year, so the gear appears to be working.

A few manufacturers even offer some setup flexibility. Ping, for example, only requires staffers to play 11 of the company’s clubs (putter included), which means you could conceivably have three non-Ping clubs in the bag and still be under contract. It’s all about striking a balance that allows the player to have success on the course while still showcasing the brand’s gear.

It might seem like players are overhauling their entire setup in record time, but I can promise they’re all doing their due diligence before making a change.