Mizuno has earned a reputation as one of the best iron designers in the industry. It’s a title they’ve embraced over the years, and one of the reasons a multitude of major winners — Tiger Woods, Nick Faldo and Brooks Koepka — have relied on the irons at some point during their career. Quality, consistency and Tour validation allows the cream to rise to the top.

Mizuno never had to woo tour pros to play their irons, but if there was a downside to being one of the best in a given club category, it’s that other products in the line tended to get overlooked.

“We were so iron-focused where we’d sign a contract where [a tour pro] would play the irons and they’d pull a non-Mizuno driver out of the bag,” said Chris Voshall, Mizuno’s head of product. “And we were totally okay with that. What it does is tell the consumer that these are the products that matter to us, and these are the ones that don’t. If the guys we are paying aren’t supporting the product, why would a golfer go out and buy it?”

In 2019, Mizuno reworked its Tour contract and required those on staff with the brand to play its metalwoods. No questions asked. Players were given one year to get acclimated to the woods before a “hard line,” as Voshall called it, was drawn in the sand at the start of 2020.

“There were some casualties, but we now have six to seven drivers in play in a given week,” Voshall said. “But it’s about more than just Tour usage. More players using the product allow us to gather more feedback and test more.”

In an effort to shine a light on the design of its woods, Mizuno also created a separate engineering team for the category that focused on constantly evolving the current product line instead of completely rethinking it on an every-other-year basis, beginning with ST200.

“The ultimate goal was by this year, 2021, we wanted to have the third generation that just beats everything out there,” Voshall said. “It allowed us to really catch up to where our competitors are who have bigger teams and are constantly evolving in the wood world. This is what we think we need to do to get to where they are. We want to become that wild card when golfers go and test drivers.”

The third-generation ST-X and ST-Z drivers are the latest evolution in the ST Series and feature refined technologies that have become staples in recent years, beginning with a second-generation SAT 2041 Beta Titanium face that was made thinner in specific areas to improve ball speed retention. Going thinner always increases the risk of deformation, but due to the low modulus, high tensile strength of the beta-rich material — not to mention the face is forged — Mizuno never worried about thinning out the structure. 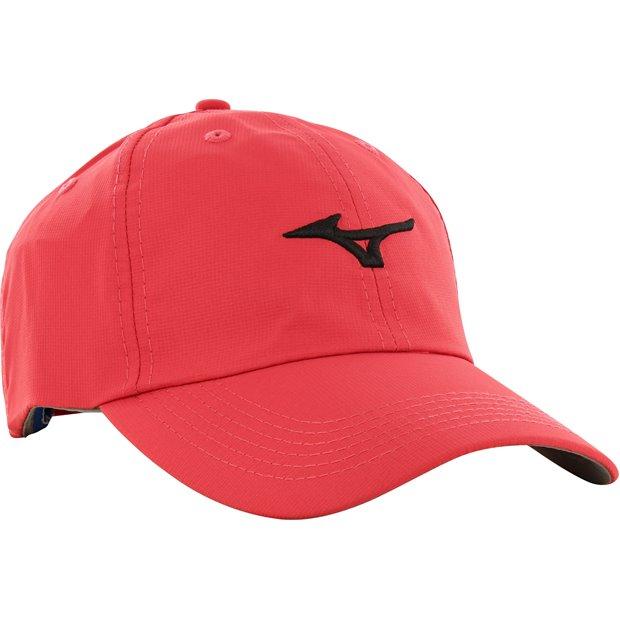 Check out the Pro Shop for the latest equipment and apparel

Voshall also confirmed the updated face design produces a more muted, tour-quality sound and feel when compared to the previous ST200. The improvements can be traced to re-engineered internal sound ribs and the addition of more composite within the head design.

Of the two heads offered, the ST-Z (9.5, 10.5 degrees) is built for stability with a deeper front-to-back profile. With more weight concentrated low and deep along the Z axis (front-to-back), the head is designed to be incredibly forgiving (not to mention stable) on misses, particularly those that find the lower section of the face. A balanced use of carbon composite along the sole, in addition to a deep sole weight, ensures a neutral shot shape with low spin characteristics.

The ST-X (10.5, 12 degrees) delivers a draw-biased shot shape, but instead of simply adding offset to achieve the desired effect, Mizuno chose to bring the CG closer to the shaft axis internally by inboarding the hosel and concentrating more composite in the heel to go with a dedicated sole weight. The head is more compact and visually upright than the ST-Z with a deeper face.

“Keith Mitchell liked deep face design when he tried it,” Voshall said. “He actually found he could cut or draw it with the ST-X instead of ST-Z that just wanted to go straight.”

The ST-X comes in a “J-Spec” (Japan Spec) with a 45.75-inch shaft and 4-gram aluminum weight that makes the driver play longer and more upright for a prominent draw-biased shot shape. However, the head can only be played in a “Standard Spec” with a more traditional shaft length and 11-gram sole weight that make’s the driver more controllable and dials back the draw.

On the fairway side, the ST-Z is the only new offering for 2021. That’s by design in an effort to give the fairways a longer shelf life. (Expect to see a new ST-X fairway next year.)

The stable ST-Z fairway wood features improvements to the CG location and sweet spot height through the addition of a carbon composite crown and re-engineered Wave design in the sole, which helped lower the COG for improved spin and MOI performance. The head was also given a flatter look to shallow out the face and refine the leading-edge design for consistent turf interaction.

Other new additions include a thinned out third-generation MAS1C face and more weight concentrated low and back to enhance stability and deliver low spin performance. Both the 3- and 5-wood offer an adjustable hosel with 4 degrees of loft and face angle adjustability.

Mizuno’s ST-Z and ST-X drivers retail for $400, while the ST-Z fairway comes with a $300 price tag. All three clubs will be available in February.