What is a ‘mini driver,’ and should you consider playing one? 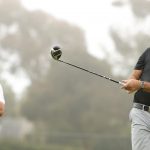 Phil Mickelson and Bryson DeChambeau practice at Torrey Pines ahead of the 2021 U.S. Open.

For decades, the “conventional” equipment setup consisted of the following: a driver, several fairway woods, a set of irons, wedges and putter. Then along came hybrids, and eventually utility irons, to add a new wrinkle to the standard gear composition.

Using a combination of the above will suffice for most golfers, but not every golfer needs a driver when they can’t keep it on the map. Working with a certified club-fitter is a sure-fire way to tighten dispersion, or you might want to consider going another route — like a “mini driver.”

If you’re unfamiliar with the term “mini driver,” don’t worry: The club isn’t on the radar for most golfers.

Up until 2013, the mini driver was nothing more than an idea that had been kicked around by Phil Mickelson and Callaway’s R&D team to add a secondary option off the tee. To give Mickelson what he wanted, Callaway created XHot 3Deep, a club featuring a stronger loft, deeper face and less sole camber, giving it driver-like characteristics (ball speed and forgiveness).

No one has benefitted from the advent of the mini driver more than Mickelson. Along with winning the 2013 Open Championship with XHot 3Deep, Mickelson rolled to victory at Kiawah with an 11.5-degree TaylorMade Original One Mini Driver in the bag.

The 6-time major winner appears to be on the verge of using the club once again at the U.S. Open, where finding fairways will likely be the only way to navigate Torrey Pines without getting bludgeoned.

“Just a 2-wood,” Mickelson said of the unreleased TaylorMade 300 Mini Driver he was spotted testing on Monday. “I call it a 2-wood but it’s a mini driver. Just a 2-wood. I think at least half, if not a fraction more, of tee shots will be with that club just because the way the fairways are a little bit firmer than Farmers.

“The ball runs out and it gets down there to a pretty good spot. There’s a lot of holes where it kind of turns or tightens, and I don’t really want to get to that spot. If you look at 4, you get it down too far and it starts to pinch in by the canyon. You look at the contour on 7, how much that fairway pitches. I really don’t want to get it down there. That 2-wood, I’ll call it, seems to fit the right yardage on a lot of those holes for me.”

The club obviously works for Mickelson, but it could it be a good fit for your game? If you struggle to hit driver off the tee or find yourself reaching for the 3-wood on most holes, a mini driver could be a good fit.

The club’s larger profile (around 265-275cc), deep face and shorter shaft (under 44 inches) essentially make it a fairway-finder with some extra juice and workability to boot. There’s a chance you’ll see a dip in distance due to the shorter shaft, but it should be negligible due to the ultra-thin face.

As far as versatility from the fairway, most mini drivers struggle to produce the same consistent turf interaction as a fairway wood. Better players might be able to use it off the tee and from the turf, while, say, a mid-handicapper, might want to use it predominantly off the tee.

You might not have Phil Mickelson’s game, but you very well could benefit from one of his outside-the-box creations on the course.