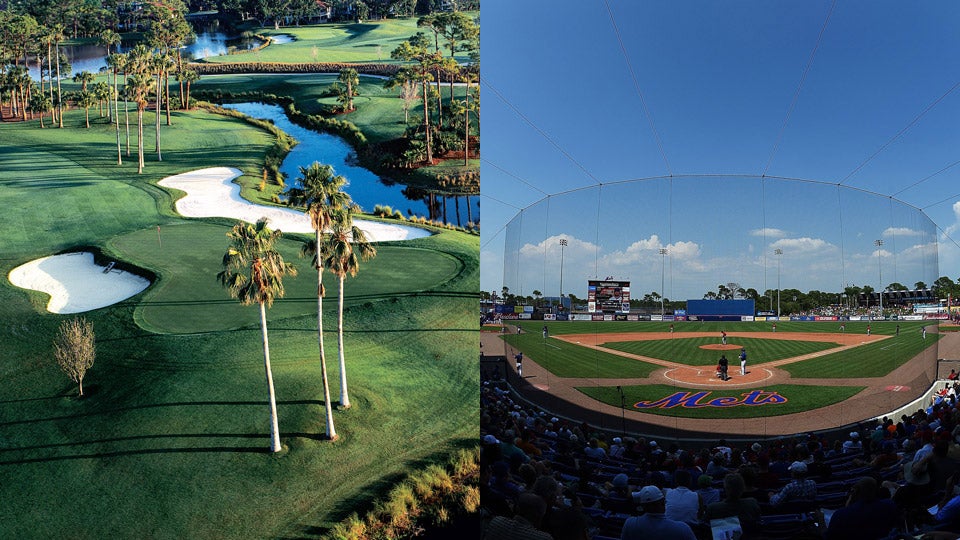 Stay: Five championship courses, superb instruction, a 40,000-sq.-ft. spa and the burgers at Bar 91 are highlights at PGA National Resort and Spa. March rates from $359. pgaresort.com

Eat: Tiger memorabilia and memorable cuisine are on display at The Woods Jupiter, where the Signature Caprese Salad is major-worthy. woodsjupiter.com

Do: The St. Louis Cardinals and Miami Marlins train in Jupiter. An hour up the road in Port St. Lucie are the 2015 National League Champion New York Mets.

Play: Following a six-month “restorative enhancement,” Innisbrook’s Copperhead is better than ever. Jordan Spieth will defend at the Valspar in mid-March. innisbrookgolfresort.com

Eat: Litchfield’s at The Wigwam dishes out farm-to-table produce and sizzling Cedar River Farms steaks in a warm, rustic, yet upscale setting. wigwamarizona.com