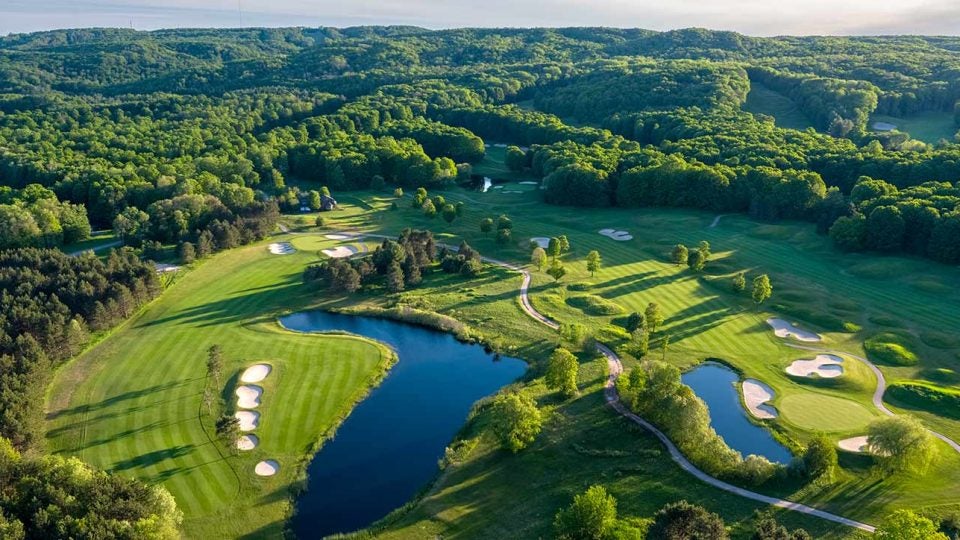 Welcome to GOLF’s Travel Mailbag, a weekly, interactive GOLF.com series in which members of our staff field your course and travel-related queries. This week, Josh Sens breaks down the best locations for unlimited-play deals.

In one of my favorite episodes of The Simpsons, Homer sues a seafood restaurant for cutting him off at an all-you-can-eat buffet. Never mind that he’d inhaled more shrimp than a pod of orcas. The big man felt deprived. He hadn’t come close to having all that he could eat.

The point being: “unlimited” means different things to different people.

When you say unlimited, are you using the word the way my middle-age buddies and I do? For us, unlimited golf means 27 holes, possibly 36 if we’re feeling frisky, followed by twilight drinks in the clubhouse, and reminiscences of the days heroics and indignities. Three days of that and we’re the walking dead.

My guess is that you mean something more ambitious. I’m thinking that by unlimited, you have in mind a getaway of marathon indulgence, a three-day smorgasbord of dawn-to-dusk golf, teeing off at first light, and playing until you can’t see beyond the tip of your nose. And all of that for a flat fee.

For that, I could point you to a lot of package-deal hotbeds. Myrtle Beach, say. Or the Robert Trent Jones Golf Trail in Alabama. Or any number of spots in Florida. But with the spring thaw fast approaching and the days growing longer in the Great Lakes region, I’m leaning toward northern Michigan. Specifically, I’m leaning toward Boyne Resorts.

Boyne Resorts is actually three resorts in one (Boyne Highlands, Bay Harbor and Boyne Mountain), all within a 30- to 45-minute drive of one another. Collectively, they have 10 courses. You can pick and choose among them to customize all kinds of unlimited golf packages, starting at $155 a day. But since you sound like someone with an ample golf appetite, you might consider going whole hog with a ready-made golf package called the Great Escape. 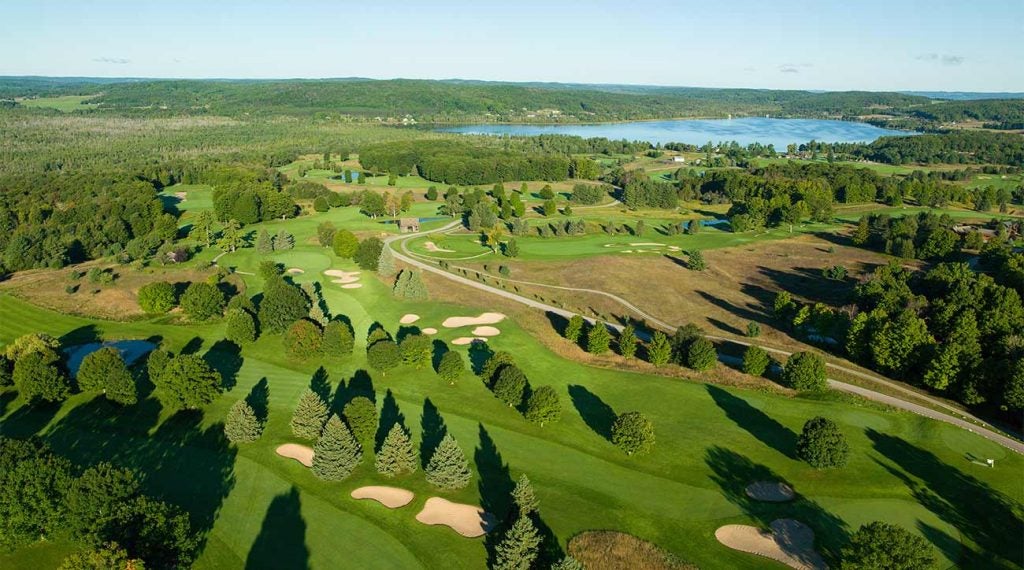 A look at the Alpine Golf Course at Boyne Mountain.
Evan Schiller

This package was born more than 30 years ago, and though the details have evolved, the spirit of it remains unchanged. It includes five nights of lodging (yeah, I know; you asked about a three-day trip; more on that in a minute), breakfast and dinners daily, and golf on seven of the 10 courses under the Boyne umbrella.

Which courses should be your focus?

Reasonable people might disagree on a ranking. But it’s safe to say that two of the marquee tracks are the Heather, at Boyne Highlands, a 1965 design by Robert Trent Jones Sr., and the Links and Quarry nines at 27-hole Bay Harbor Golf Club. (When you see the landscape of those nines, you’ll understand how they got their names.) Coming in third place, many would argue, is the Ross Memorial, at Boyne Highlands, which pays tribute to great Donald Ross holes from around the country. (Take note, the Great Escape package includes unlimited golf on the Heather, The Ross Memorial as well as five other Boyne courses located at Boyne Highlands, Boyne Mountain and Crooked Tree, plus the option for one round at Bay Harbor Golf Club. Additional rounds at Bay Harbor Golf Club come with an upcharge.) 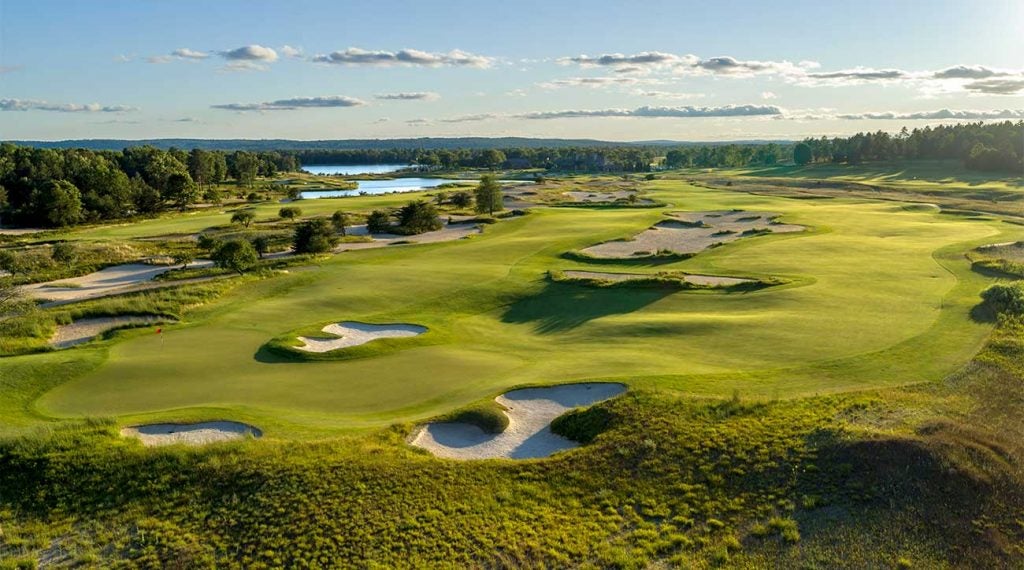 A view of Forest Dunes in Roscommon, Mich.
Courtesy Photo

I haven’t forgotten: you asked about three days of unlimited golf, and I steered you toward a five-night getaway instead. The good news is, you’ve got extra time. You could make good use of it by replaying whatever Boyne courses you like best. Or you could make a day trip to another property. The region has no shortage of great options. High among them is Belvedere Golf Club (just outside the city of Charlevoix, between Boyne Mountain and Bay Harbor; greens fees $50-99;) a 1925 Willie Watson design that has hosted the Michigan Amateur Championship a record 40 times. This is throwback golf, its aesthetic reminiscent of the game as played across the pond, all the more so since a 2017 restoration. Belvedere is semi-private, but there are plenty of slots for Joe public, with times blocked out for members only from noon to 2 p.m. each day.

A little farther afield, roughly an hour-and-a-half drive from Boyne, is Forest Dunes ($85-160), home of two designs: a terrific Tom Weiskopf layout that winds through (spoiler alert) forests and dunes, as well as an 18-hole reversible course by Tom Doak. A par-3 course at Forest Dunes is in the works. It’s slated to open later this year.

But back to Boyne Resorts and your unlimited Great Escape golf package. It’s available May 7-Sept. 15. Throughout that entire period, the days stretch on and on. At the peak of summer, it stays light enough to play until nearly 10 p.m. That’s a lot of golf. Unlike poor Homer at the seafood joint, you’re guaranteed to get your fill.