The origins of the maiden hole, one of golf’s finest hole designs 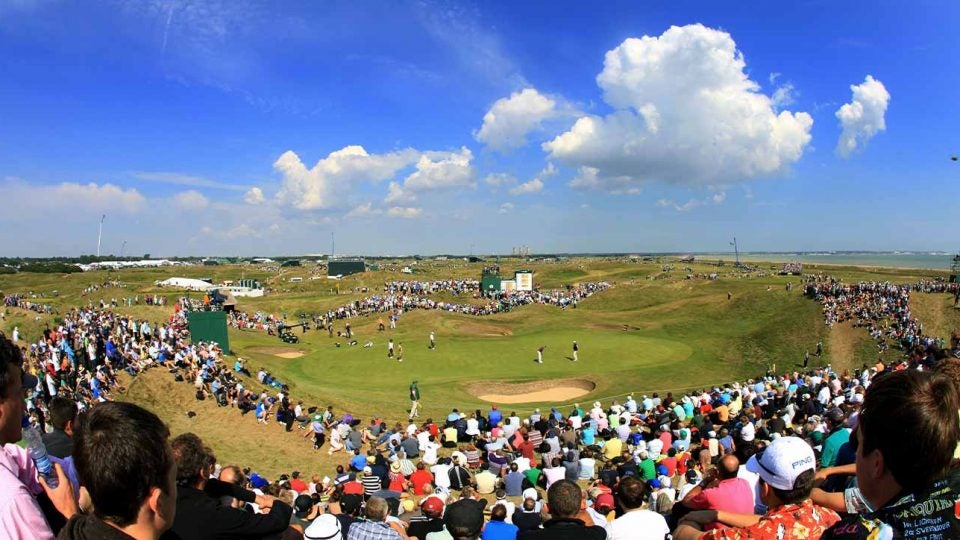 The 6th hole at Royal St. George's is a timeless example of a maiden hole.
Getty Images

Welcome to A Beginner’s Guide to Golf Course Design, where we’ll dig into the history, design and meaning of golf course architecture terms you’ve probably heard before but might not fully understand. We’ll explain all of the above in an accessible Q&A format, and better yet, teach you how to identify these features and plan your attack for the next time you see one, saving you strokes along the way. In this installment, we’re breaking down a maiden hole.

What in the world is a maiden hole?

You might think, similar to a maiden voyage, a maiden hole would be the first on the course. That isn’t true. A maiden hole is another template C.B. Macdonald learned from his time in Europe and brought back to the United States.

It might be more accurate to say that a maiden is a type of green template rather than an entire hole. A maiden green has interior undulations similar to that of a double plateau. The maiden green has two tiers or humps in the back of the green with a valley between them. There are lots of variations on how the rest of the hole plays, but it can be considered a maiden as long as it has some version of this green type.

With his excellent ability to shape and move dirt, Seth Raynor built many of the best maiden greens in the United States. While the original maiden green was on a par-3, Raynor often built this green type on par-4s.

Where is the maiden, Maiden?

Most experts believe the original maiden hole is the 176-yard par-3 6th at Royal St. George’s Golf Club in Sandwich, England. In its original form, the 6th had a blind tee shot over the biggest dune on the course. While Macdonald seemed to enjoy the green enough to bring it to the US, he apparently didn’t love the hole because of the blind tee shot.

However, due to safety concerns and frustration with blind shots, the tee box has been moved so it is no longer blind. Many think the hole has lost some of its luster from this decision, but the green remains untouched and simply magnificent. Here’s how the Royal St. George’s website describes the hole:

“The Maiden, named after the shape of the towering dunes surrounding it. The long two-tiered green, set at an angle to the tee, can be tricky if a shot finds the wrong level. Bunkers surrounding the putting surface await anything pulled, pushed, or under-clubbed.”

Travel
What is a Biarritz? And how can identifying one help your game?

So how do I get better scores on these holes?

Each maiden hole can be drastically different from the last, but there are some principles that are worth keeping in mind. Maiden greens are all about varying pin positions. They can be in the front, the gully, or either of the back plateaus. Understanding your best strategy to get the ball to the correct portion of the green is the first step to playing the hole well. Like many template holes, it’s helpful to think through the hole backward. If you want to be putting from a specific area of the green, where’s the best place to hit your approach shot for it to land there?

Travel
What are template holes? Here’s why they are still so important to golf design

Where are some cool maiden holes?

One of the best maiden greens can be found at Yeamans Hall. A Seth Raynor design, this 410-yard par-4 has a gully bisecting the fairway and a large, grass-faced bunker to create blind approaches. The real challenge comes at the green, with humps at the back right and left. A poor approach shot can make for a difficult two-putt.

Another Raynor-designed maiden hole plays of a similar distance at Southampton Golf Club. The hole also plays 410 yards, curving slightly to the right with a fairway bunker down the right side about 200 yards from the tee. Missing the green with your approach can make for a tough up and down thanks to two strip bunkers along the sides of the green and another smaller one behind.

No. 12 at Essex County CC is particularly wonderful because it includes elements from many different template holes. Not only does it feature a maiden green, but the bunkering is also similar to a road hole. Even the tee shot is daunting on this uphill 421-yard hole. But hey, at least you get a nice view of the gorgeous clubhouse behind the green.

This Raynor masterpiece is a shorter version of a maiden hole at 373 yards. The maiden tiers in the back of the green are distinct and provide an intense challenge. Fitting an approach shot onto the correct portion takes a great deal of precision.