Donald Ross’ last design can be played for as little as $18: Muni Monday 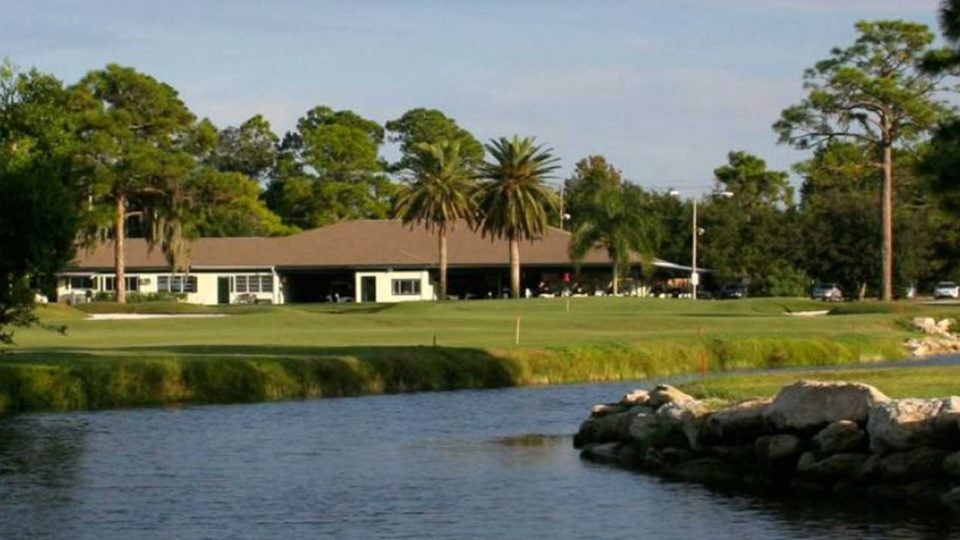 This Donald Ross design is credited as his final one and can be played for less than the cost of your post-round meal.
GolfAdvisor.com

Donald Ross was a busy guy. He built some of the best resort courses known to golfkind. (Here’s looking at you, Pinehurst No. 2!) He built some of the most enduring private courses in all of golfdom. (Mid Ocean, Seminole, Oak Hill, Oakmont, Inverness Club.) But did you know his last course, among the hundreds he designed, was a muni? Behold, the New Smyrna Beach Golf Club, in New Smyrna, Fla.

When the Players tournament was canceled after one round last week, you know what most of the players, caddies and Tour staffers did? They packed into tournament-issued Lexus vehicles, five or six to a car, and made the gorgeous A1A ocean-hugging drive two hours or so to NSB for golfing fun!

OK, a slight exaggeration. But one Tour lifer, veteran rules official Slugger White, did drive down that way. Slugger played New Smyrna as a kid on summer vacations, had his first job in golf as an assistant pro there in the early 1970s and lives nearby today and has for years.

“Well, they say that,” Slugger said the other day, while discussing whether Donald Ross’s last course really was NSB. “But Donald Ross would have had to live 200 years to do all the things people say he did.”

No doubt, but the Donald Ross Society list of Ross courses does credit the notorious NSB as a 1947 Ross design. As the man died in 1948, at age 75, you have to think ’47 was pretty much as deep as he went.

It’s a solid course, hard, dry and dusty, in my experience. Old-style golf, not the lush green game so popular these days. If you can get a full shot to stop on a green there — any green, pick a green — you’re doing something right. You better be able to chip and pitch your golf ball, if you want to shoot something in the mid-60s, as Slugger did hundreds of times. Jim “Bones” Mackay knows the course, too. His mother, Sally, was once the mayor of New Smyrna Beach. Bones got game.

It’s not the tree-lined Ross classic you might know from watching golf at Oak Hill and Oakland Hills. It has tall palms right where you want to go, lurking dark lakes, hardpan lies that actually require skill and timing. It’s good.

News
Renowned Donald Ross courses are a dime a dozen, but playing one that has fallen through the cracks is priceless

His first boss there was its longtime pro, Marvin Harvey. Slugger was an assistant and Harvey had a couple of rules for him. The first was to play as much as you can. The second was to play for no more than two dollars. I am confident that Slugger embraced the first rule but less confident about the second. He described a match where he made a 2 on the par-5 18th and his opponent, another young pro, said, “Eighteen was probably not the best place to press you.” That just doesn’t sound like a $2 game, does it?

Harvey had one rule for golfers playing the course: no tank tops. “You want to wear a tank top, go to the beach,” he’d say. Beautiful wide flat ocean beaches are about five minutes away from the course. Other than that, he welcomed anybody wearing anything.

It was kind of a funny thing to hear him say, owing to the theme song of this Muni Monday space. Years ago, in the pro shop at NSB, there was this old floppy life-size doll of a Scottish golfer from yesteryear, with the cap and the plaid vest and the white mustache and that whole thing, but wearing FootJoys. People thought it was supposed to be Ross, but the doll had a nametag that read Prof. Beck. There was a cord on the back of the doll, gray with its age, and when you pulled it back you heard this Beck say in the burr of his homeland, “Poo-blick gowfe. It’s where it’s at! I got two lob wedges and a microphone.”

Back on earth, most of the holes at New Smyrna have one, and only one, memorable design feature. A wide creek in front of a green. (And they say Ross always let you run it up — not true.) A lonesome tree beside a green. A pond, a grove of trees, a bunker placed just so. Nothing there is too much.

One more thing about Slugger, aside from the fact that he’s married to Ken Green’s sister, Shelley, who is Joe LaCava’s first cousin. Slugger played the Tour in the ‘70s. Ken played the Tour in the ‘80s and ‘90s. Joe first caddied for Ken and later for Fred Couples. Now he works for Tiger. Slugger, Ken, Joe, Tiger, they all got their starts on public courses. As for the thing about Slugger, did you know he was a triathlete? Yep.

There was a regular event at New Smyrna, a daylong competition called the Superstars. “It was a bunch of guys,” Slugger said. “We played golf first, then we went bowling, then we shot pool at Harry Sargent’s house.” Harry Sargent owned a swimming pool company and he had a pool table at his house.

They weren’t just playing for pride, or for $2. Slugger remembers winning pots of $200 or more.

I asked if he used any of his winnings for seed money when he was trying to launch his Tour career.

Go North! Giants Ridge lives up to the hype, and then some 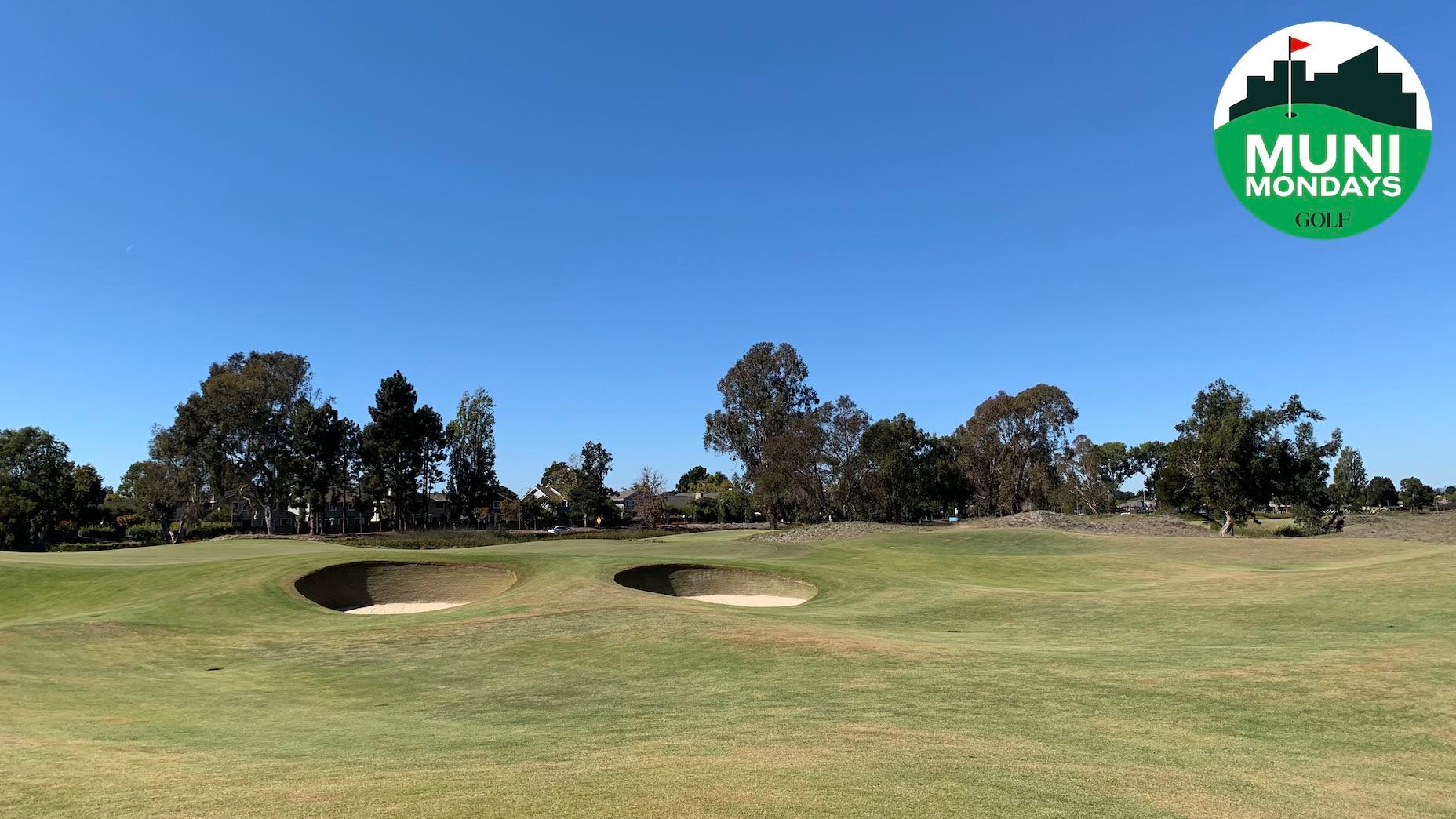