Renowned Donald Ross courses are a dime a dozen, but playing one that has fallen through the cracks is priceless 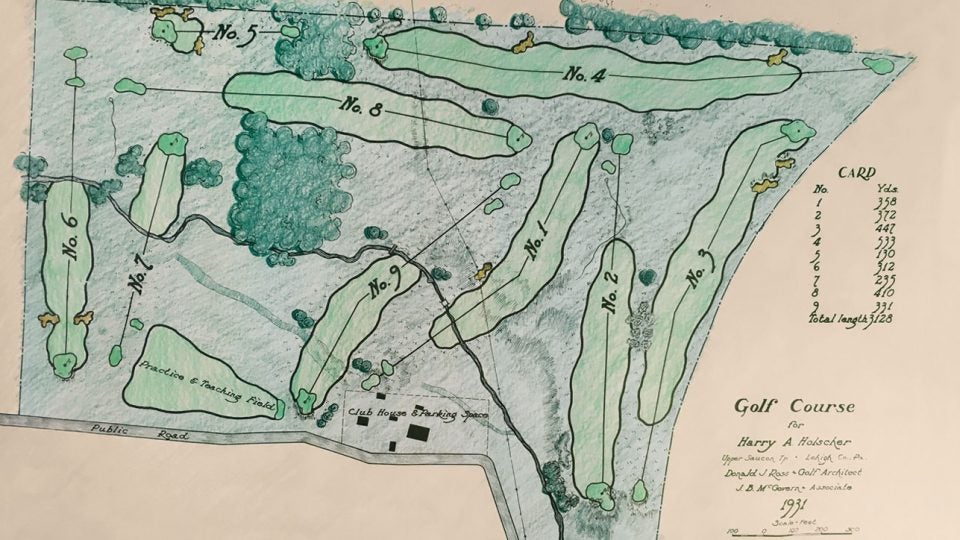 My home course is St. Martins, a short course with hilarious greens that is part of the Philadelphia Cricket Club. Donald Ross finished 10th at the 1907 U.S. Open there, won by his kid brother. I can play its nine surviving holes in an hour on my lunch break. The assistant pro there is a gent named Glenn Perri, the Muggsy Bogues of the club’s staff, small in stature, big in heart. Like other golfers out of Father Judge and LaSalle, Glenn is high orthodox in his golf practice, and you can guess his stance on shoe-changing in the parking lot. I once brought Brad Faxon to St. Martins, so he could play its circa 1895 holes. Glenn emerged from his Monopoly-piece pro shop and switched out Brad’s Tour bag for a carry bag. “I’m guessing Glenn wouldn’t want me to tip him,” Brad said quietly. Exactly.

Glenn and I went on a mini intrastate road trip the other day, to play a public nine-hole course in Coopersburg called Tumblebrook. We knew nothing about it, except that the internet says it’s a 1931 Donald Ross course. That was more than enough for us. As for Coopersburg, I have lived in Pennsylvania most of my adult life and had never even heard of it until about six years ago, when I was sitting in Arnold Palmer’s office in Latrobe listening to him tell a wild story about his sprint courtship of Winnie Walzer, of the Coopersburg Walzers. Per Arnold: “Her dad hated my a–.”

Up Bethlehem Pike we went. We changed shoes in the Tumblebrook parking lot and paid the $14 nine-hole green fee to the man who runs the place and tends its snack counter and bar. Two packages of Fig Newtons added $3 to the tab, but Glenn stashed his away in the bag. “I can’t eat while playing,” Glenn told me. “Hogan said if you eat while playing your blood goes to your stomach instead of your brain.” Hogan’s been dead for 20-plus years now and still the hits keep coming. We headed out.

How green was this valley! Tumblebrook is a classic example of the golf course as playing field. The tee shot on the first was over Tumble Brook, and on our way over it we saw the course’s one-man grounds crew, a slender man named Tom, in a T-shirt, his baggy pants stuffed into his tall rubber boots, a cigarette in his mouth as he pushed a backyard lawnmower through the wet rough. He carried a stick in his hand and used it periodically to clear the mower’s chute. If somebody told you that Tom had just hopped off a Depression Era freight train, you wouldn’t blink, until you heard his front right pocket ringing. The course that Tom and its super John maintain is, as you have inferred, a study in simplicity. Before we started, Steve, the club manager, gave us this scouting report: “The course used to have 12 bunkers but now there are three. The greens are little potato chips with ridges.” Poetry breaks out in the damnedest places. Steve calls his management company No Pro Golf, LLC. 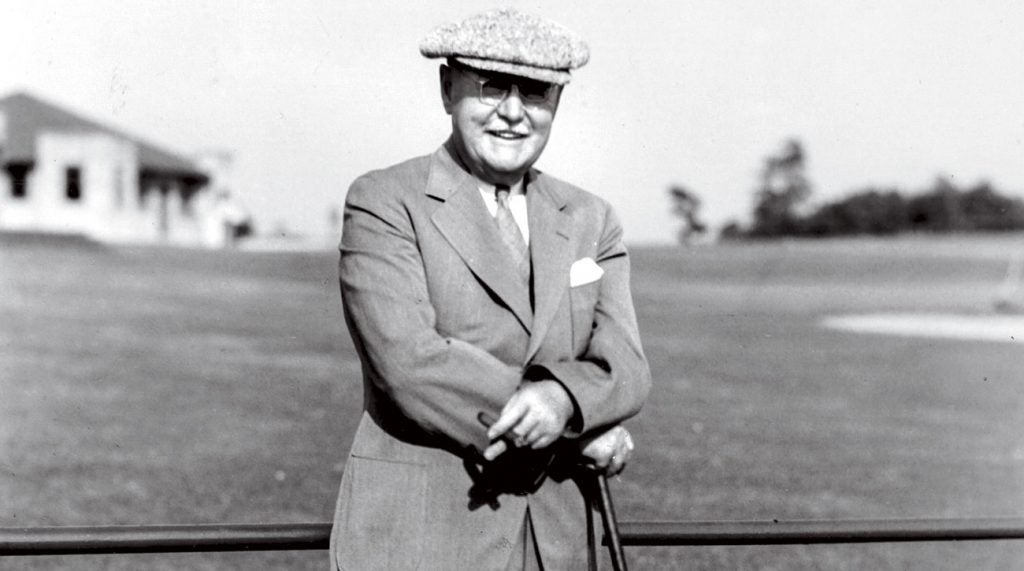 A portrait of Donald Ross in 1935.
John Hemmer/PGA of America

Through eight holes we saw only one trap, and on the ninth tee Glenn said, “I’m guessing this hole has two.” That proved correct. I saw almost no evidence of Ross on the course, but two things about that: What do I know, and who cares? The fourth green was a push-up job and seemed kind of Rossy, but John the super told us that was the one green that wasn’t original. John’s a lifer in these parts, and all the locals, or those of a certain age, know how Arnold came through Coopersburg way back when. Winnie’s brother remembers shagging balls for Arnie when he came to town.

Glenn and I lunched at the excellent Coopersburg Diner on North Third Street and did a drive-by on the old, sturdy Walzer homestead in Coopersburg, at the end of Gun Club Road. We wondered how the Tumblebrook course could possibly break even, even though you couldn’t find a better spot to learn the game. Steve’s trying to draw in the young people with live music on the pro-shop deck.

Glenn and I finished where we started, at St. Martins. As I type up this report, I am realizing that Steve and Glenn are the heroes of this little trip. They didn’t go into golf for the money. It was the game that sucked them in.