Why Seminole’s greens are its last and best defense 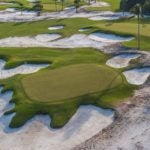 Most traditional seaside courses have greens where you can roll the ball on to the surface. Not so at Seminole.

One thing I’ve learned from playing Seminole often as a member is that you’ll never master its Donald Ross greens. The greens, and the bunkers around them, are the course’s ultimate defense. All 18 of them.

You don’t play to the pin at Seminole. You play to a small target then let the shot release from there to the hole. There’s another course where you see that happen: Augusta National, each year at the Masters.

Every architect who comes to Seminole marvels at the greens. They vary greatly in size. They slope often from side-to-side, not back to front, as so many greens do. Many of them are elevated and windswept. They are all pitched, sometimes severely. You never get comfortable on Seminole greens. You never really figure them out.

They’re firm, with sandy soil beneath. They drain quickly, putt quickly and roll out. It’s hard to get a lag putt to stop near the hole. You have a lot of comeback three-footers at Seminole. Or longer.

Most traditional seaside courses have greens where you can roll the ball up the fairway and on to the green, and the greens are not fast. That’s not often the case at Seminole. You’re playing golf in the air there, often in windy conditions. The first order of business on almost every hole is to carry the bunkers in front. But that can lead to shots that finish over the greens and there are no easy up-and-downs from over those firm, fast greens.

Seminole is not a long course. It’s not a bomber’s course. It’s not a course that is anything like what you see on the PGA Tour, week-in and week-out. It’s a boutique. It’s a members’ course, a phrase that describes a course where regular golfers will have all the challenge they want, and all the fun they want, trying to play to their handicap.

When four of the world’s best golfers — Rory McIlroy, Dustin Johnson, Rickie Fowler and Matthew Wolff — play Seminole on Sunday, they’re going to discover what many have over the years, that the course has a set of greens unlike any other. The Seminole greens are in your head no matter what shot you’re playing. The closer you get to the hole, the truer that becomes.

I’ve been asked to take a look at three greens in particular, and I have chosen the 6th, the 12th and the 17th. The truth is, there are 15 others I could have picked just as easily. [Editor’s note: To help illustrate the movement in the greens, we have supplemented these explainers with green maps from GolfLogix greenbooks; GolfLogix and GOLF.com are affiliates of 8AM Golf.]

The 6th hole is a 390-yard par-4 that two Bens — Hogan and Crenshaw — have both called one of the best holes in the world. Even with the players on Sunday hitting wedges into this green, they’ll find it difficult to get the ball to stop near the hole. That’s because the green is long, narrow and firm. Even if you hit a good second shot, you’re unlikely to have a short first putt and might well be chipping or playing a bunker shot for your third.

There’s also a spine that runs down the middle of the green. A player can hit a shot on the green but left of the spine and finish in a bunker on the left. The same is true for the right. If the pin is in the back and you go over the green, which is easy to do, there’s a long runoff and you’re playing an uphill chip or a little pitch or a bump-and-run off a tight lie. Not easy. Nothing is easy about this green. There are at least a dozen places to put the hole. Is there an easy one? There is not.

Because of Ross’s work at Pinehurst, and because of his beautiful mountain courses, golfers often think that the classic Ross green as a tabletop, something built into the side of the hill. Or a green on the top of flattened hill. The truth is there is no one kind of Ross green and the 12th at Seminole is a classic example of that. The hole is a 370-yard par-4 with an elevated tee. Even if the players on Sunday drive it near the green they still may have to make putts for par. That’s because of the bunker in front of the green, the severe pitch of the hole from left to right.

There’s also a beguiling tongue of green on the front right that few architects would have the vision to build. The green can get so fast from above the hole you will sometimes see golfers putt right off it and into a bunker. The bunkers are unpredictable, at 12 and throughout the course. The bunkers are often deep. You find yourself thinking about them a lot, even when you’re putting.

The oceanfront par-3 17th is one of the best par 3s in the world. The setting, on the Atlantic, of course has much to do with it. The green is its exclamation mark. It’s hard to hold. McIlroy, Johnson and Fowler have played almost all the venues for Open Championships and Rory won the 2014 Open at Royal Liverpool. But nowhere in the British Open rota will you find a par 3, in the dunes, quite like this one. The single-hardest thing about this hole is getting your tee shot to stop on that green! There’s only one small section in the left center that will assure you of keeping your tee shot on the surface.

The putting can be difficult, because of the left-to-right pitch and the wind coming off the ocean. More than once a player has thought, with the ball in the air, about making a hole-in-one, only to walk off the green with a 5. You’d be hard-pressed to find a green that’s more beautiful to look at and more difficult to access.

GolfLogix greenbooks are available for courses all over the world. Learn more about them here. 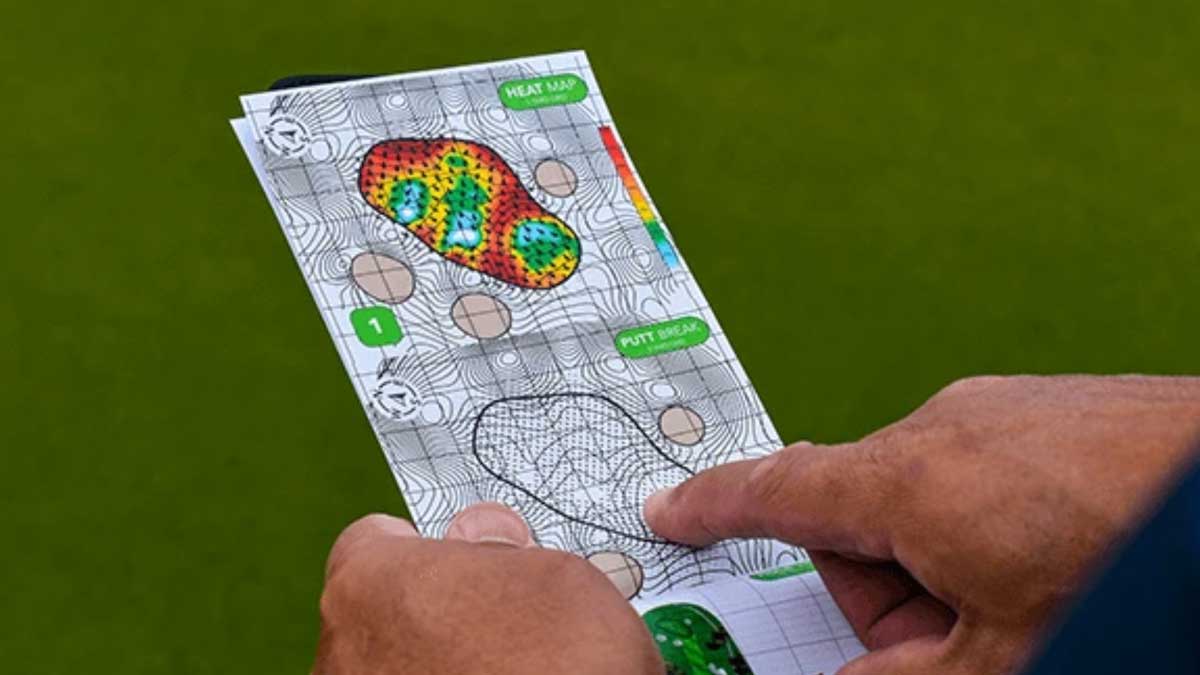 GolfLogix Greenbooks use heat maps to show all contours of greens at many of the most famous courses in the world. They’ll help you not only read putts but figure out where it is best to hit (or miss) each green.
Greenbooks by GolfLogix