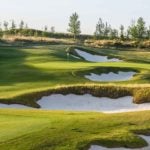 Calgary, as people all over the planet are quick to point out, is home to the Calgary Stampede. Other than the 1988 Winter Olympics (widely considered one of the best in history), the Stampede is the trademark of the town. This massive summer rodeo and western-themed festival is dubbed “The Greatest Outdoor Show on Earth.” Sadly, due to the Covid-19 pandemic, that show won’t happen this July. So Calgarians, and anyone else who visits this southern Alberta city this summer, will have to revert to “The Greatest Outdoor Show on Turf.” And that would be the hot-off-the-presses Mickelson National layout that wiggles through the wind-whipped plains just west of town.

Mickelson National, designed by 44-time PGA Tour winner Phil Mickelson, has undoubtedly been the most hyped new course in Canada this year. A 13-year labor of love by owner Barry Ehlert and his Windmill Golf Group, Mickelson National is also Mickelson’s first Canadian creation. And when the door officially opens today on June 1 for the full-meal deal (some preview play on limited holes was available last year) the wait will finally be over.

From a spectator’s standpoint, there really is nothing like this in Canada. Barry Ehlert 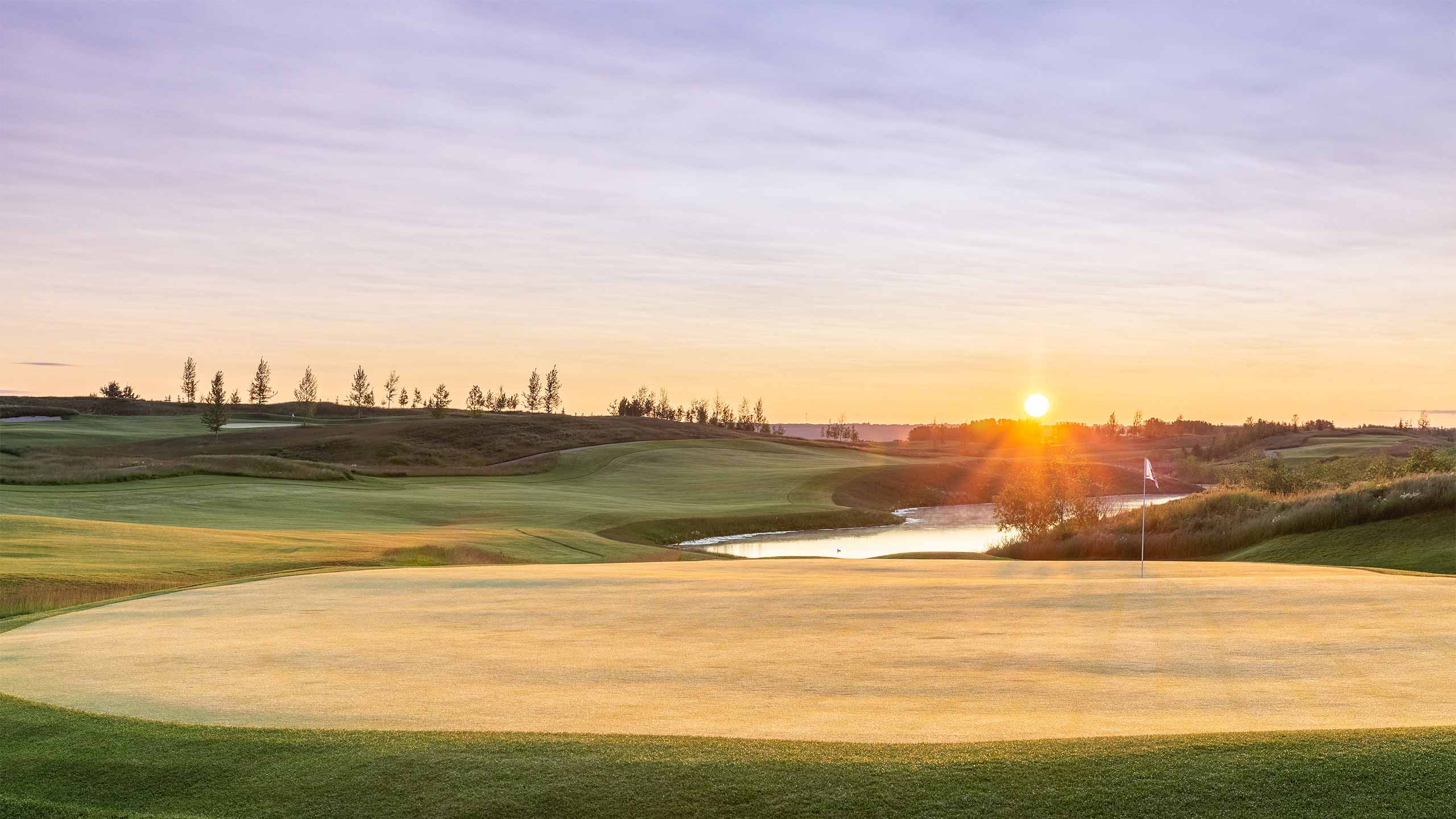 It was well over a decade ago when Ehlert, whose company owns a growing collection of some of Calgary’s finest courses, got the ball rolling on his dream to build something epic; something that could host a Canadian Open. In those early days, Johnny Miller and Stephen Ames, the latter living in Calgary at the time, were enlisted. But the economic recession in 2008, most notably, put a dent in those plans. And times, as we’ve recently realized due to a global pandemic, change.

“When this vision was re-ignited, Phil Mickelson was the first name that came to my mind,” says Ehlert. Mickelson’s design portfolio remains relatively small; his most notable is probably the Lower course at the ultra-private Whisper Rock in Scottsdale. “His attention to detail, his vision, his passion for strategic architecture, for spectator sight lines, angles, shaping, and so forth, was truly impressive. He saw so many things that we didn’t see. As we walked the property with Phil for the first time, we knew very quickly that we had the right guy. And his entire team is top-notch. From a spectator’s standpoint, there really is nothing like this in Canada and we are thrilled to unveil Mickelson National this spring.”

The course is open to the public for now, but plans are that it will eventually become private as the surrounding Harmony residential development is completed. There’s no grand clubhouse (yet) — just a small trailer staffers are operating out of — but the on-course experience is the real treat. The character and charisma of Mickelson National is unveiled early and is consistent throughout. This is golf on a grand scale. Massive playing corridors, framed with man-made hills and grass-capped knolls, create a stadium-like setting on nearly every hole. The many high spots on the course also afford spectacular views of the Canadian Rockies and the cow-peppered ranchlands that roll away in the distance. An army of deep, ragged bunkers are chiseled into slopes and creep into fairways, splitting landing zones and facilitating multiple routes to the spacious, cunningly crafted green complexes. While the big bombers will love it, those who possess short game wizardry — i.e. Phil Mickelson — will also be smirking the whole way around.

Mickelson, in an interview a few years ago, said he wanted to design a versatile golf course, “one designed to provide both plenty of options for amateurs to enjoy and a strong test for the world’s best players in a PGA Tour event.”

Standout holes include the two drivable par-4s (the 7th and 16th) that epitomize Lefty’s go-for-broke mantra. The 16th, which is tucked in a ravine and possible for even an average 18-handicapper to reach, might be the spiciest creation on the course. With a thin swath of turf to play bouncy ball onto the green and a mean bunker right and deep abyss left, it’s a dodgy little thing that could easily ruin (or make) your round. The closing gambler — a par-5 with a smash-one-over-the-water option — is a fitting conclusion.

True, the footprint here is large — a titanic earth-moving operation was necessary to build this beast — and those a little squeamish when it comes to deep pits and severe slopes will have their hands full. However, there likely won’t be a golf aficionado in Alberta who won’t be stampeding to Calgary’s newest — and, potentially, greatest — outdoor show on turf. 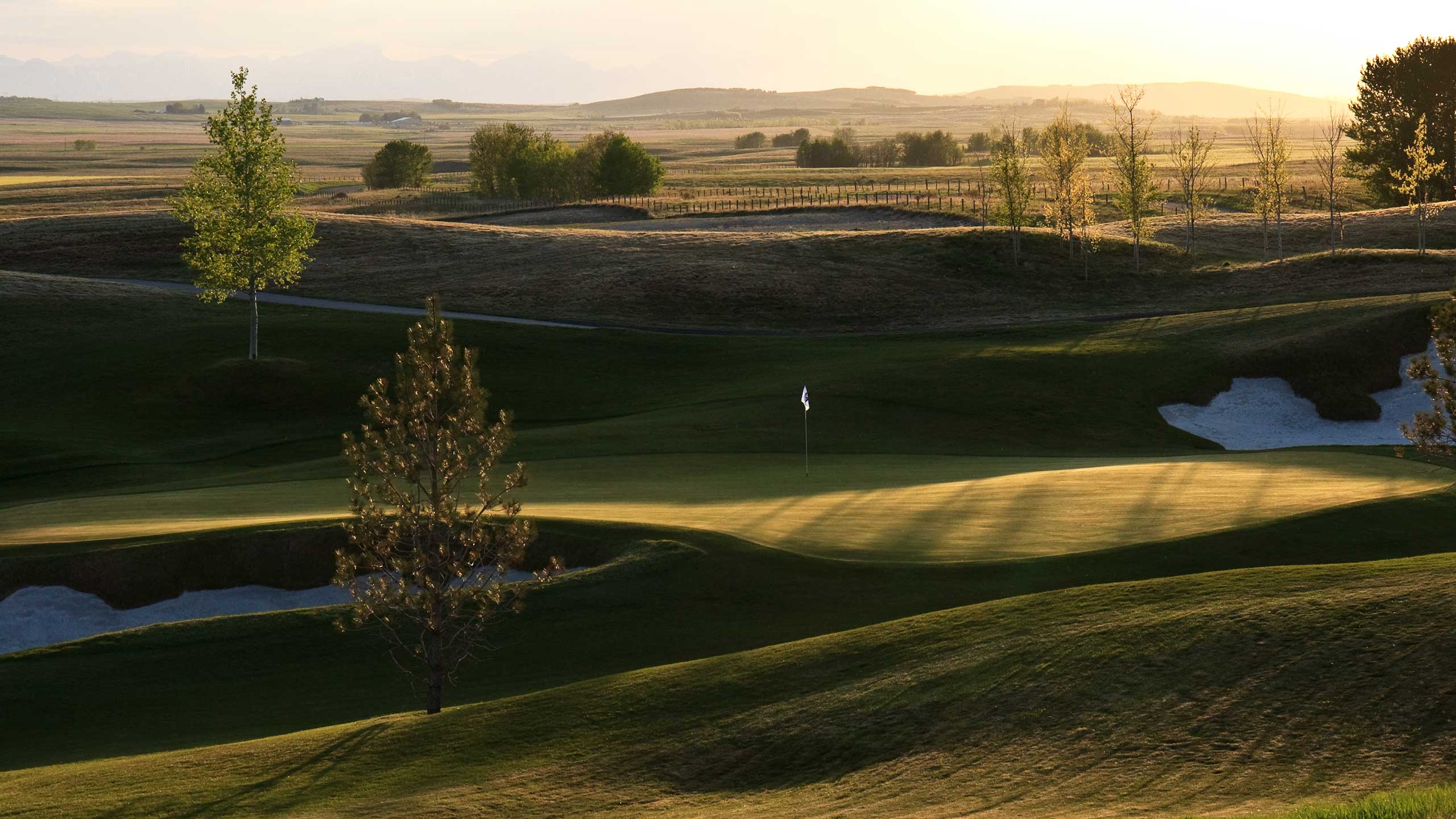 Beautiful views of the rolling foothills and Canadian Rockies are prominent on the course. This is the green on the par-4 10th. Andrew Penner 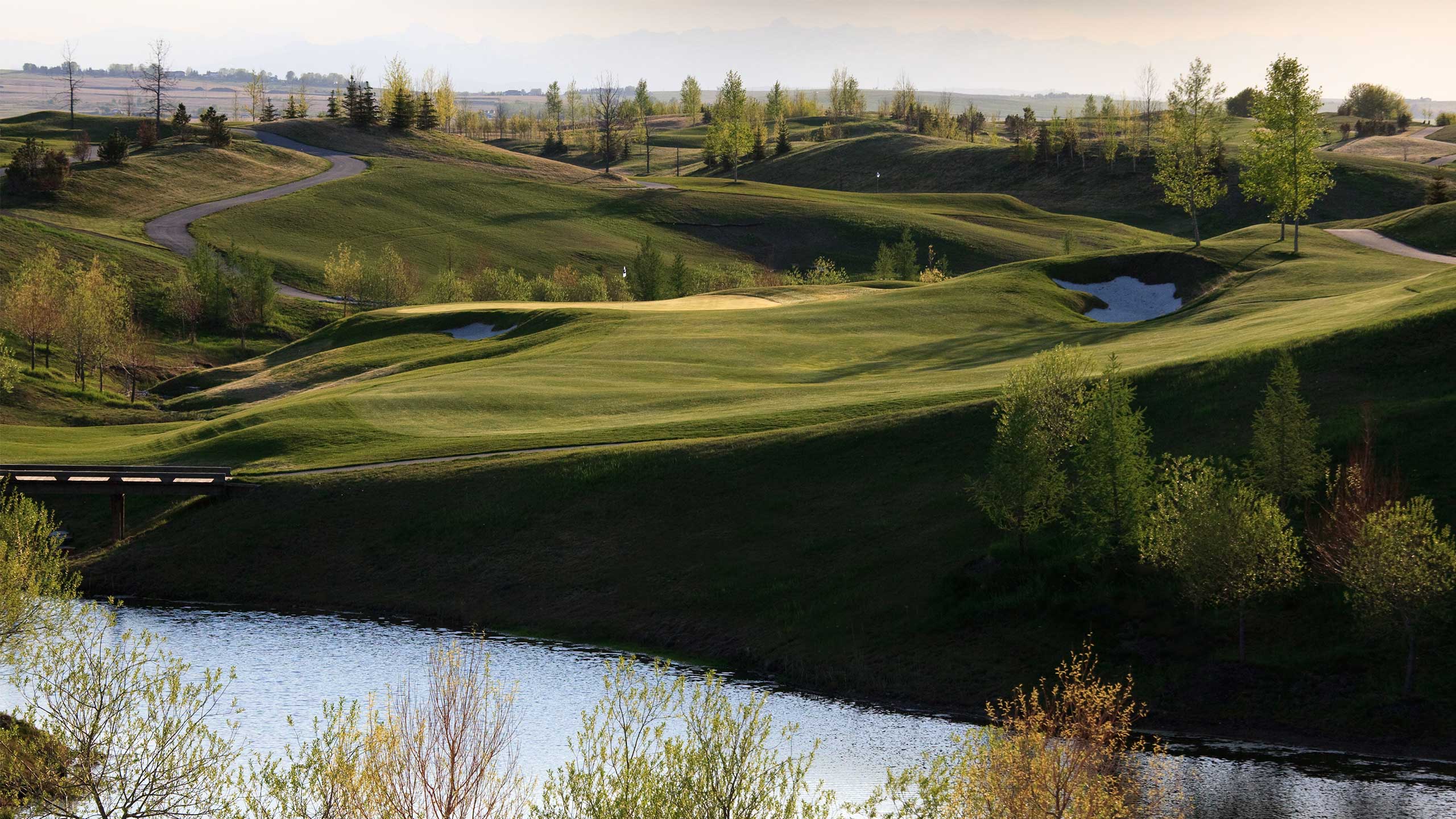 The drivable par-4 16th is one of the best holes at Mickelson National Golf Club. Andrew Penner 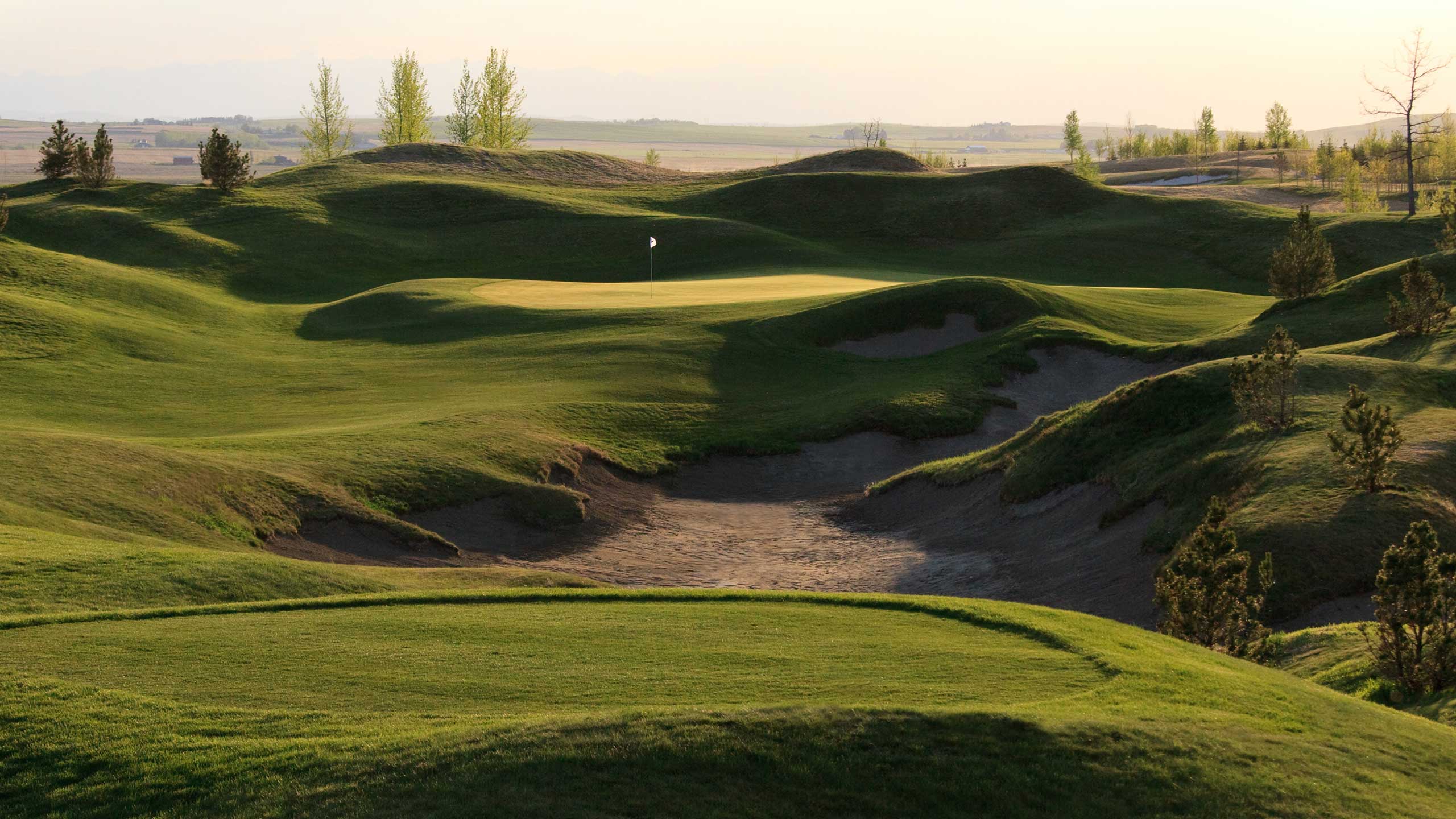 The short par-3 8th could well be considered Mickelson’s version of the “Postage Stamp.” Andrew Penner 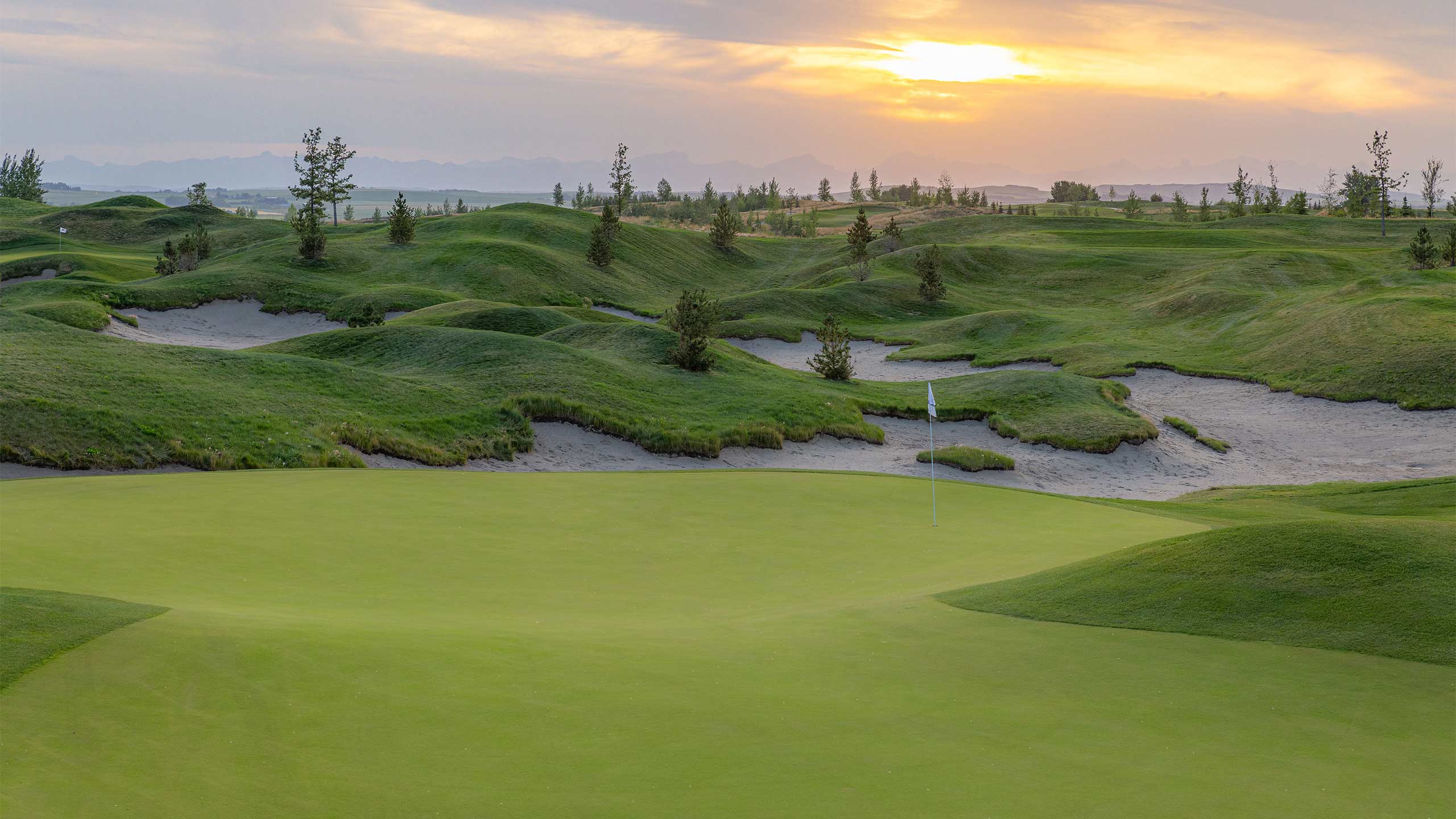 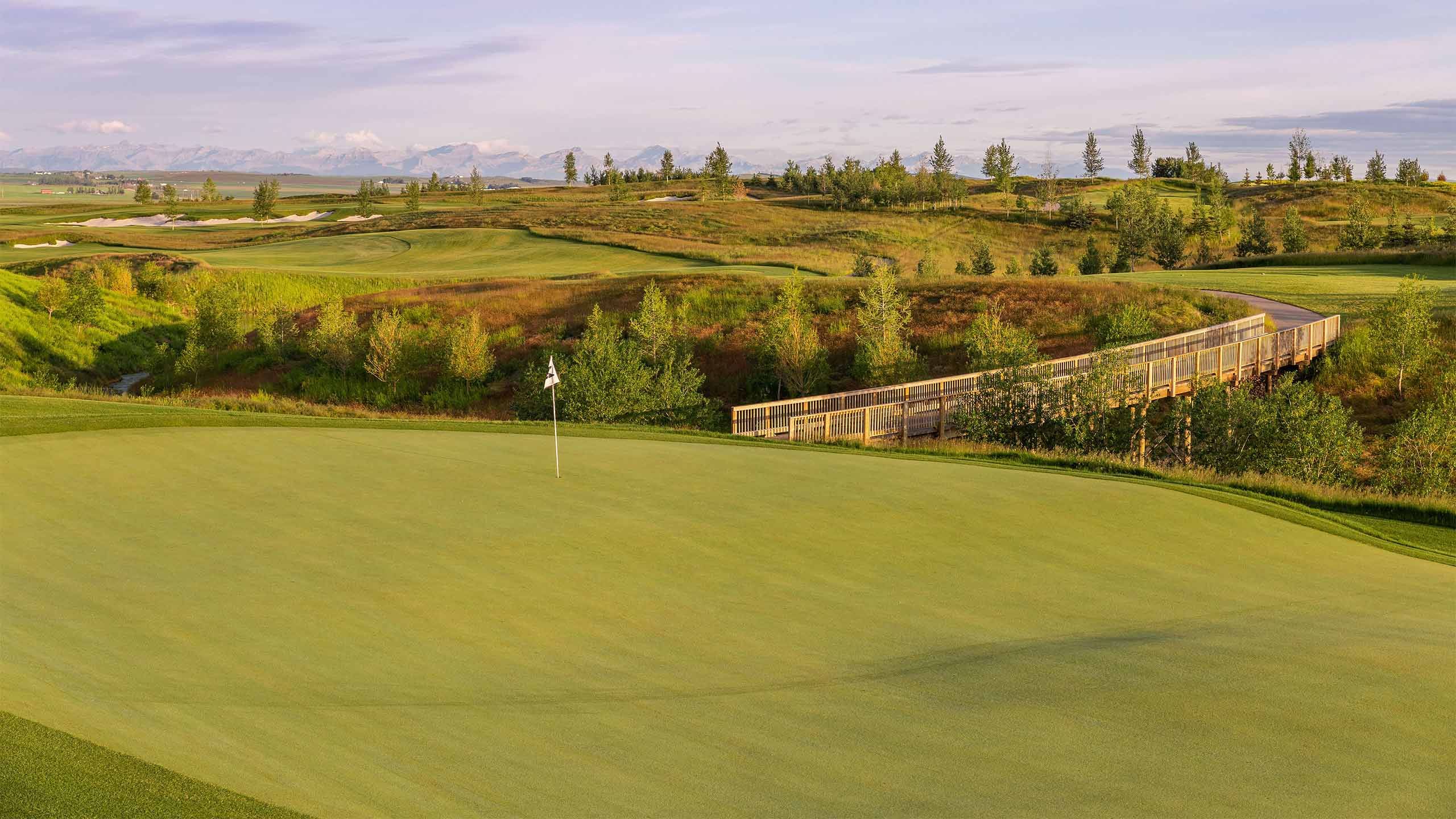 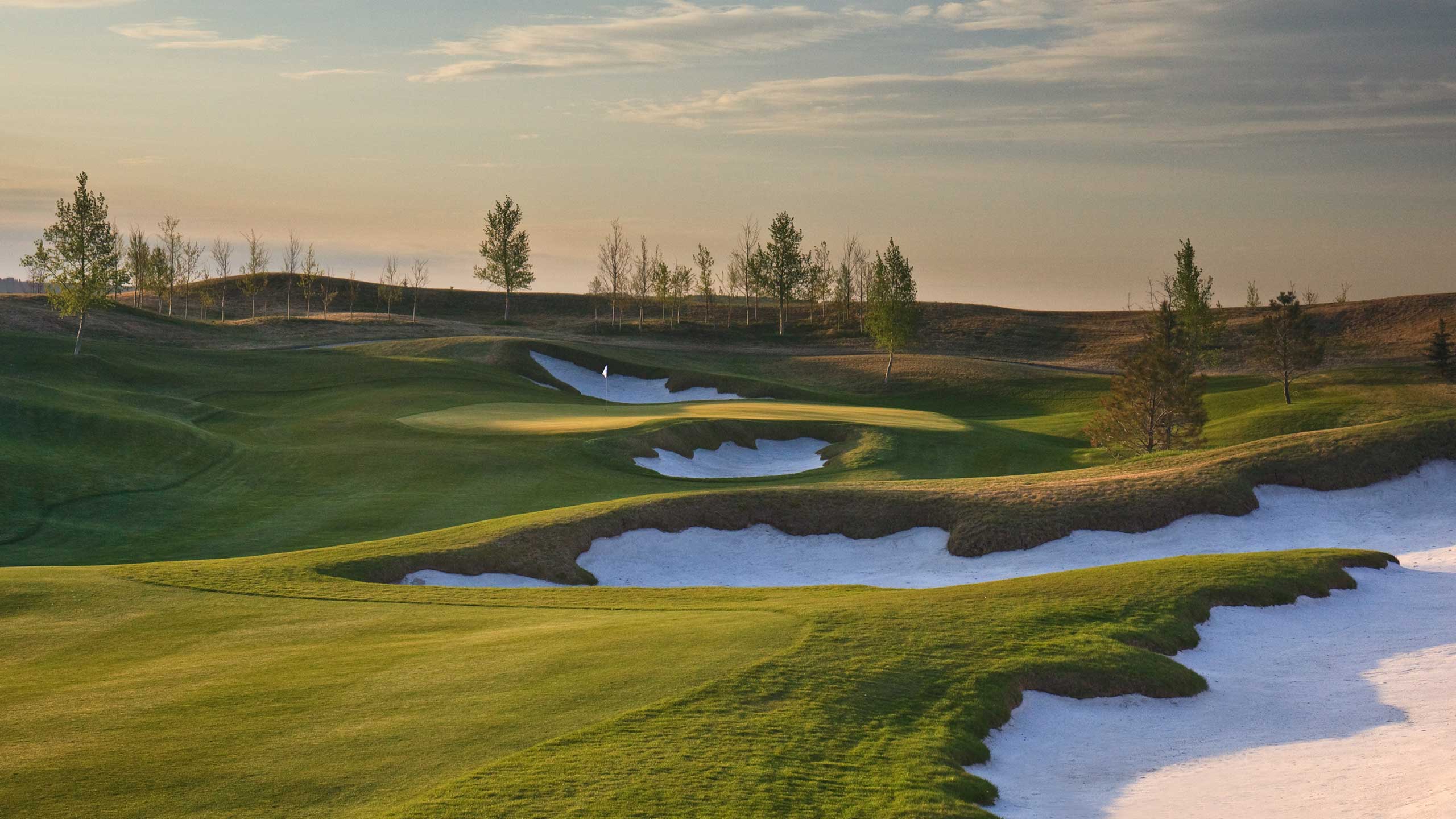 The par-4 10th is a bunker-strewn beauty at Mickelson National. Andrew Penner 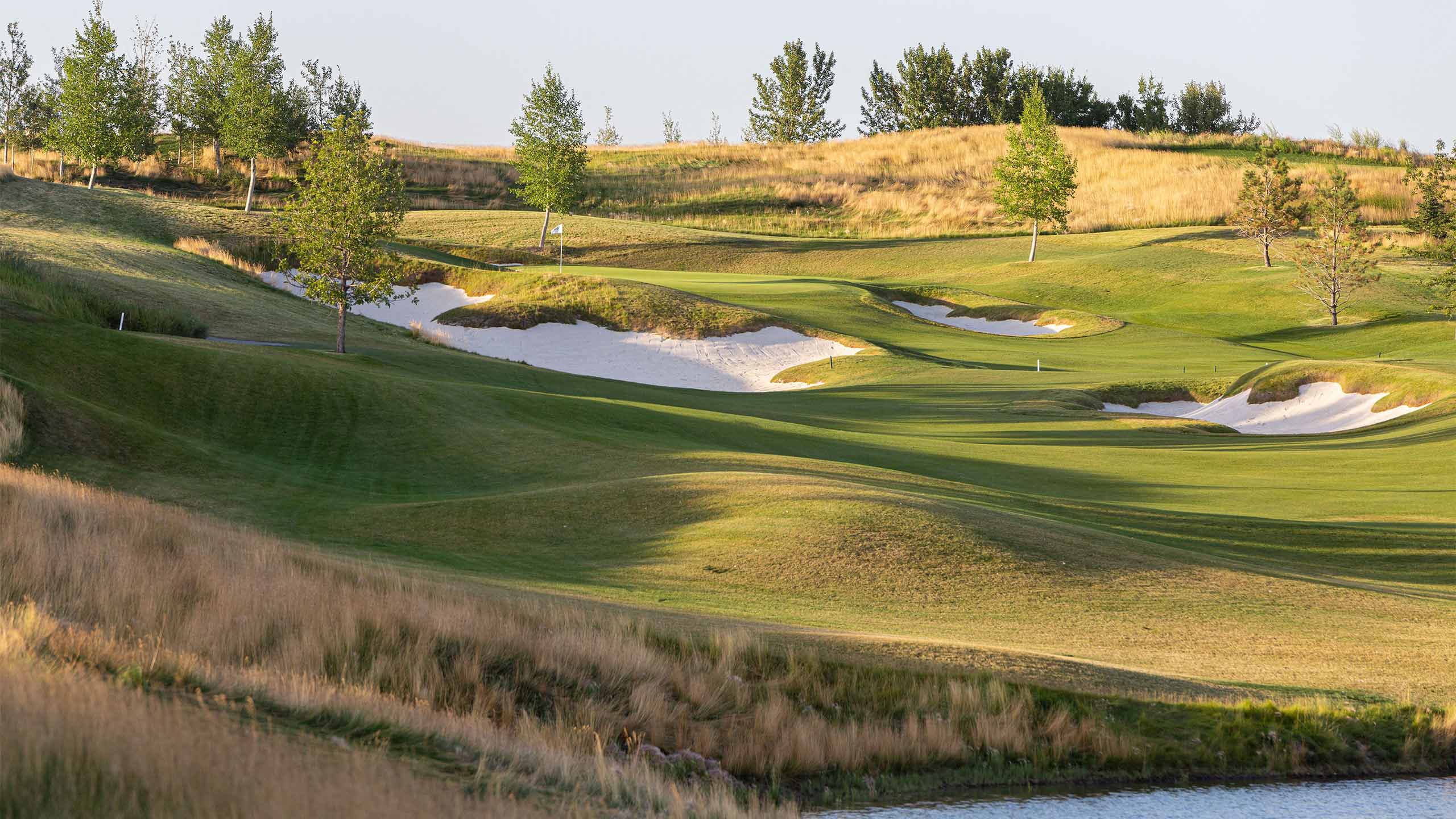 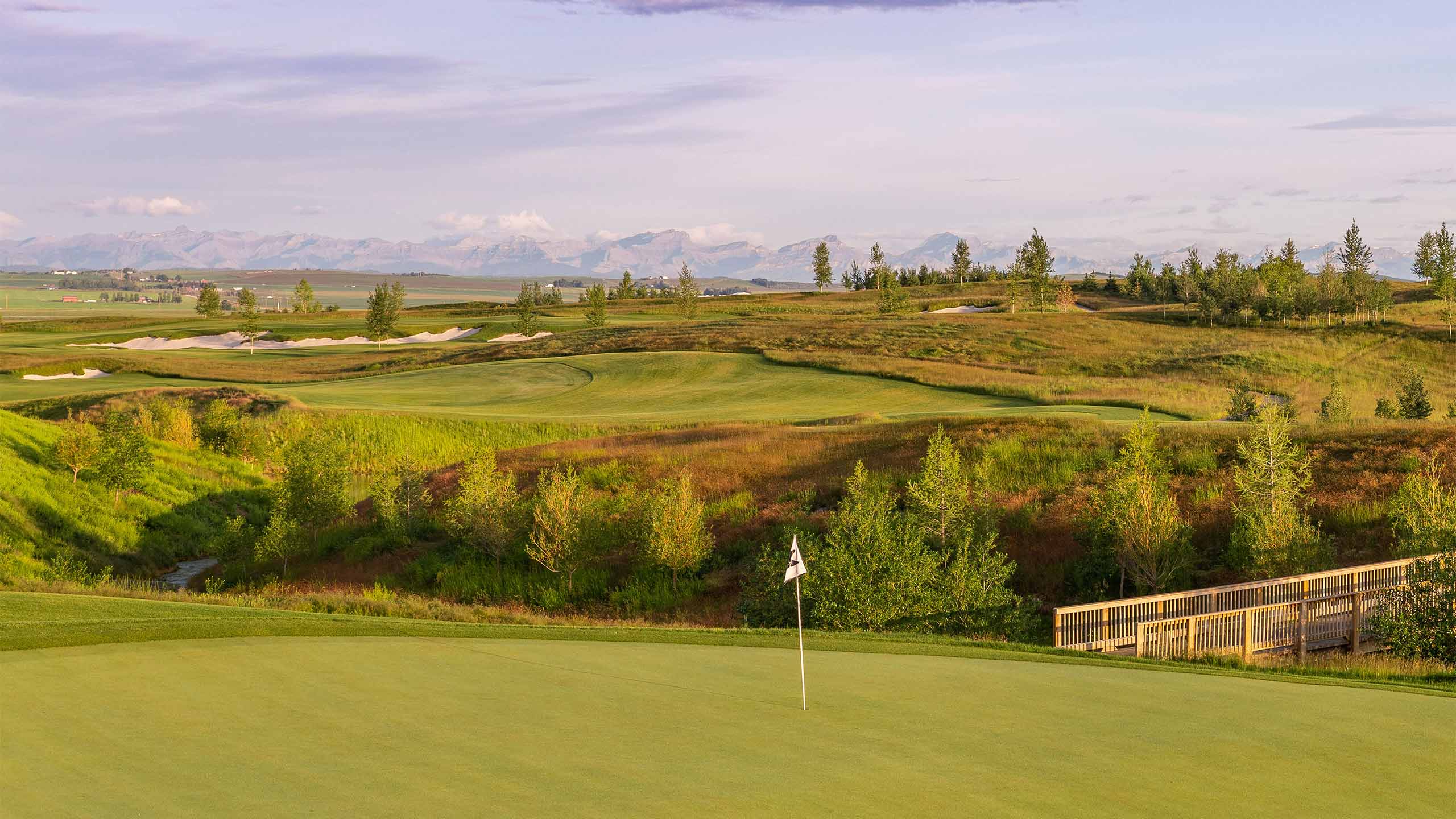 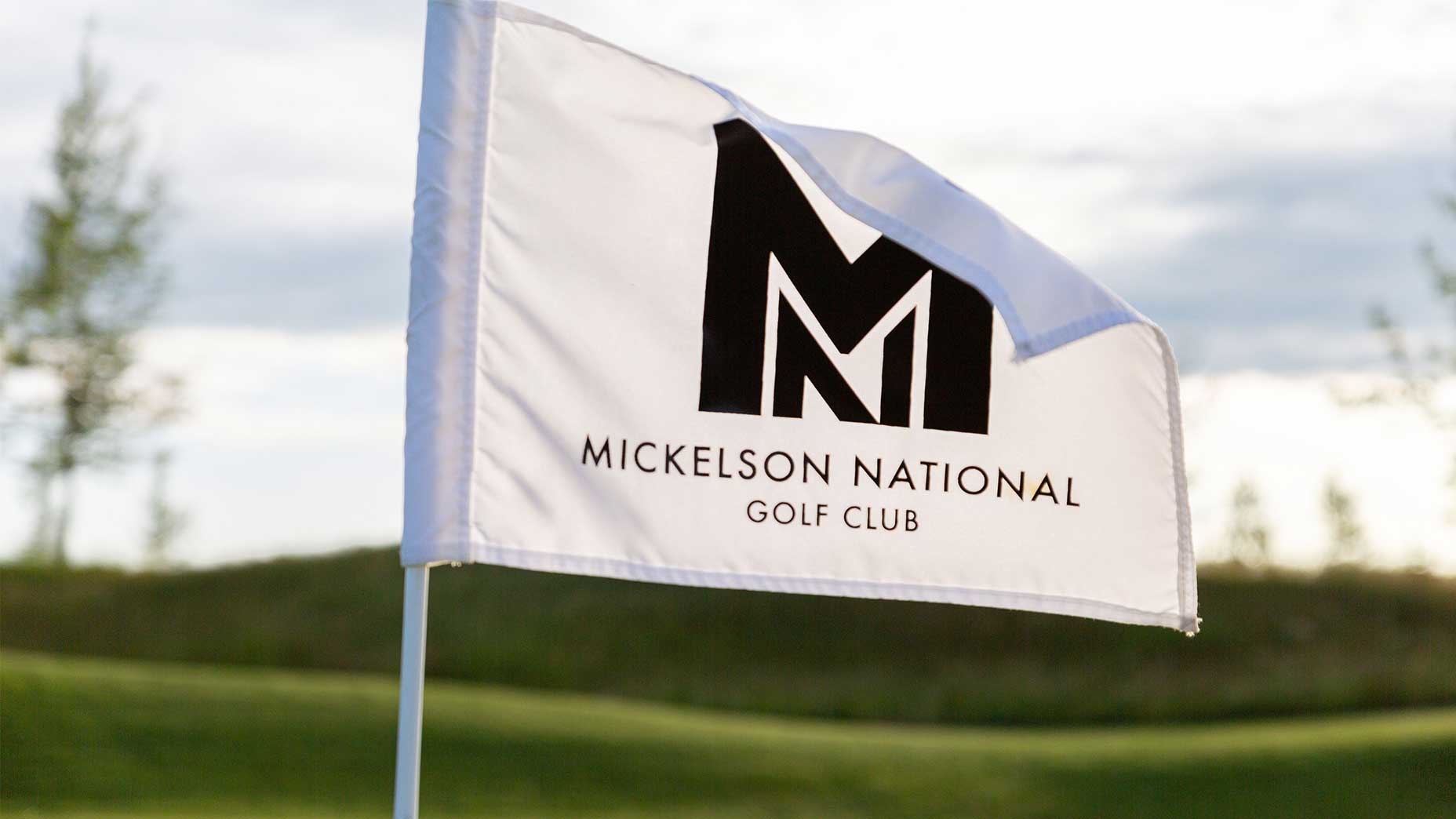 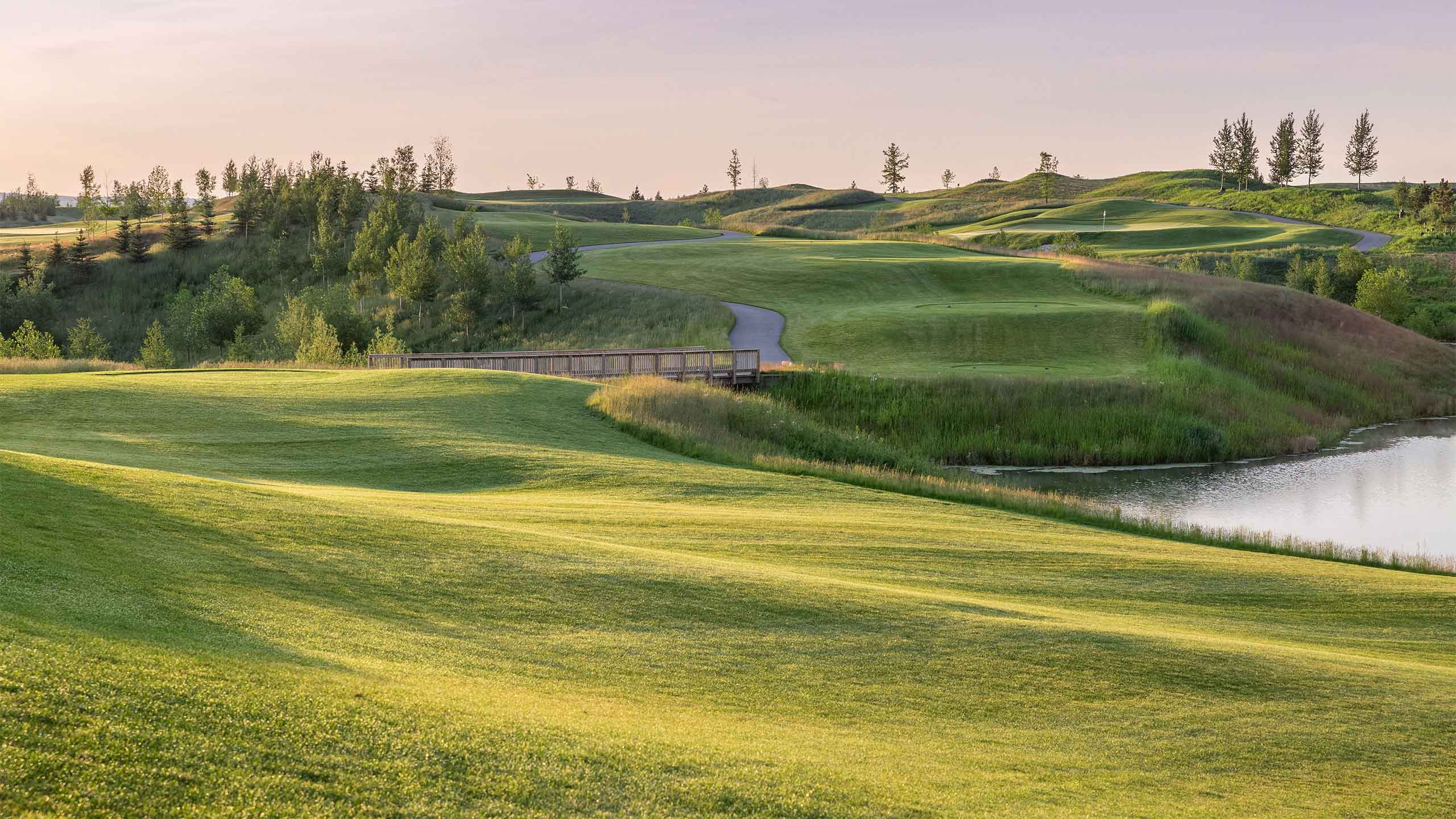 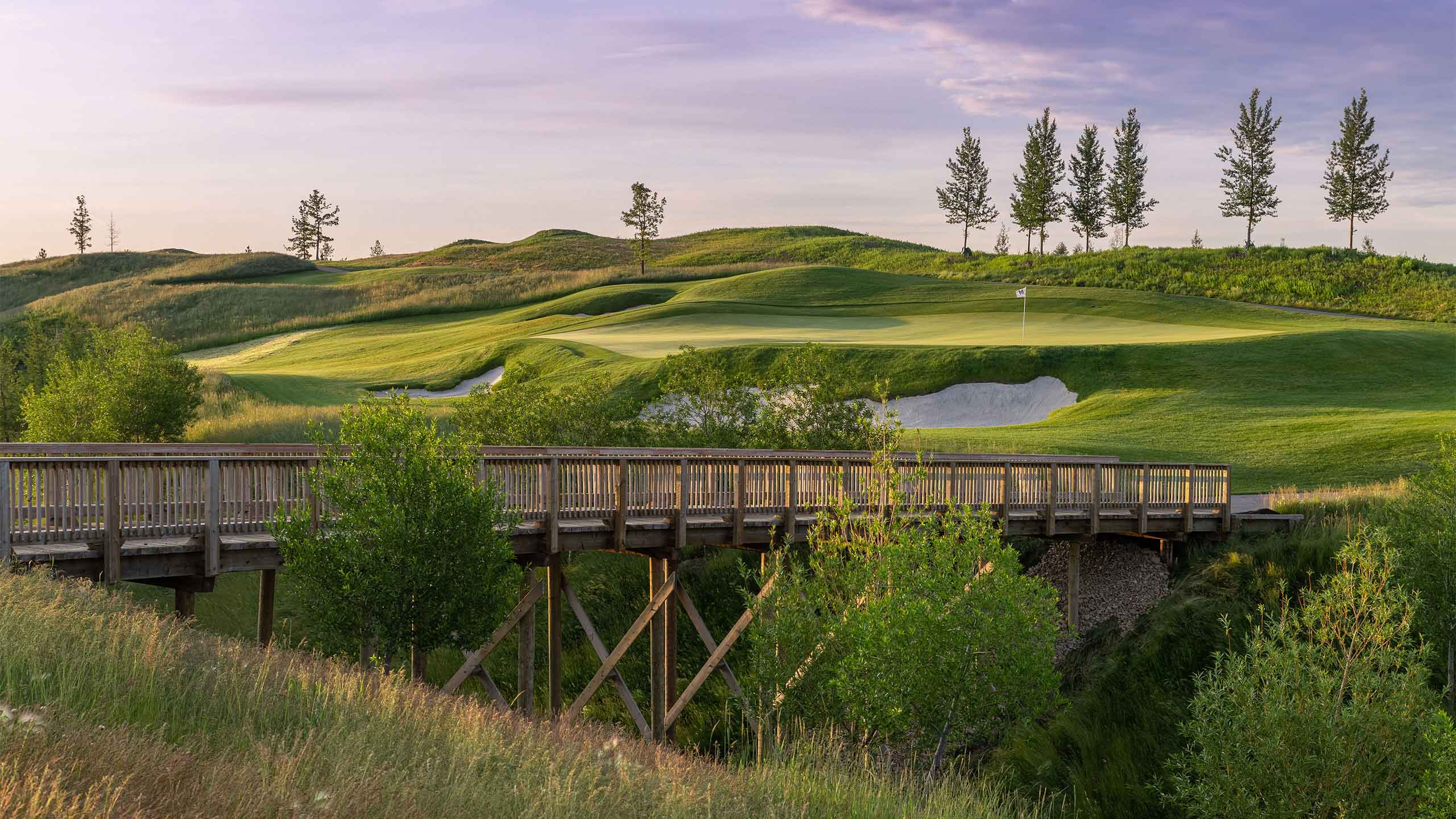 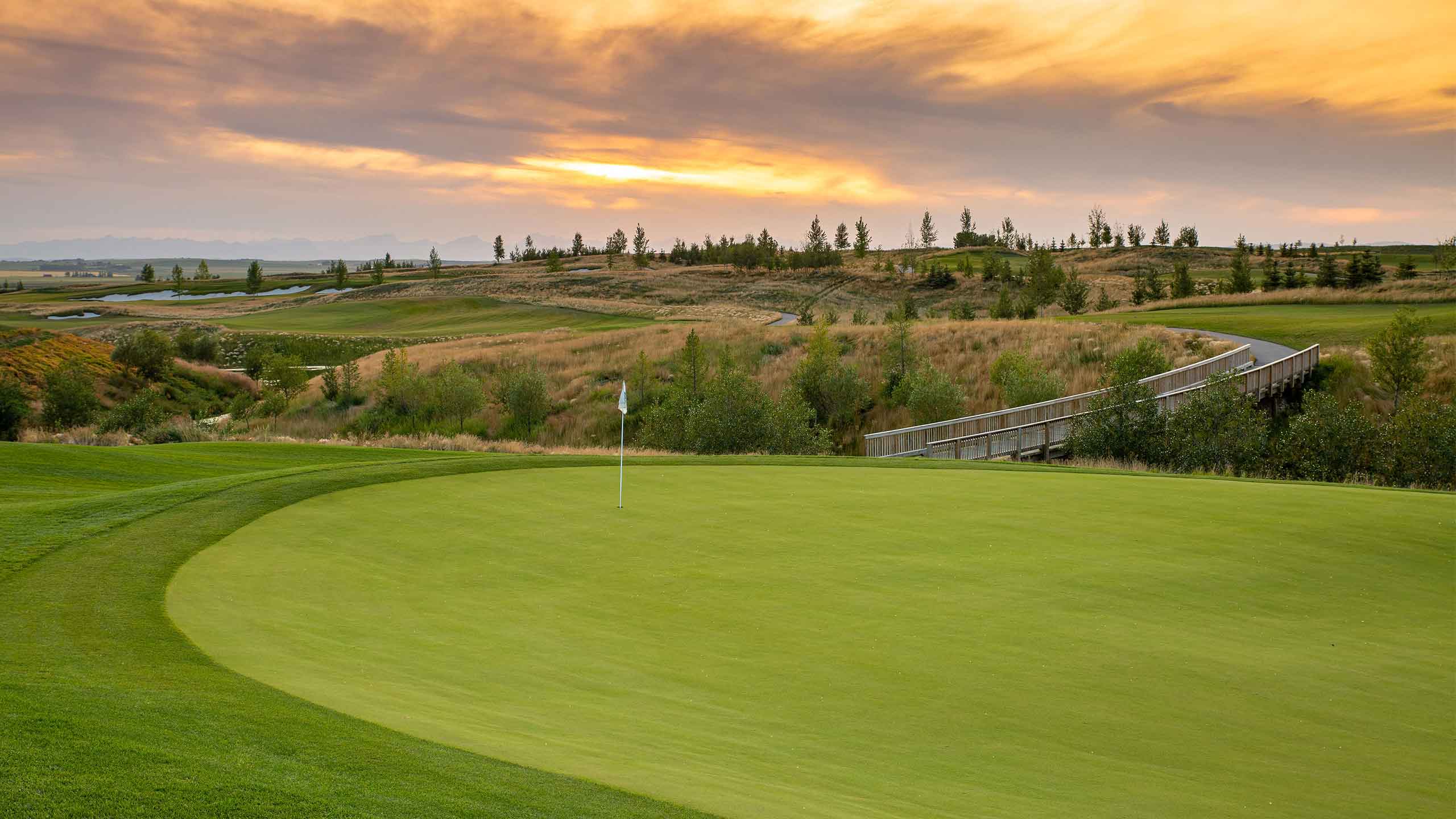 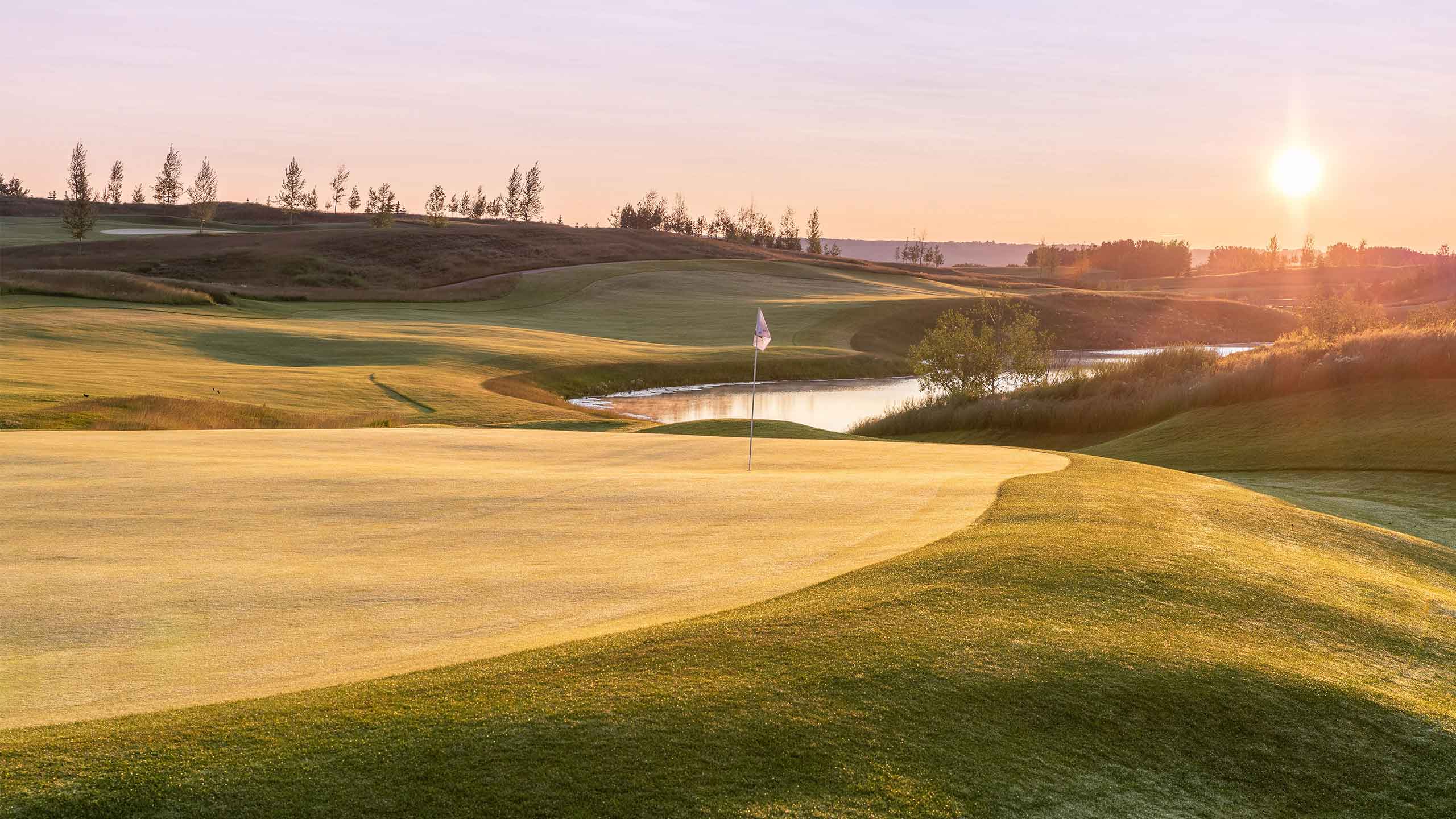 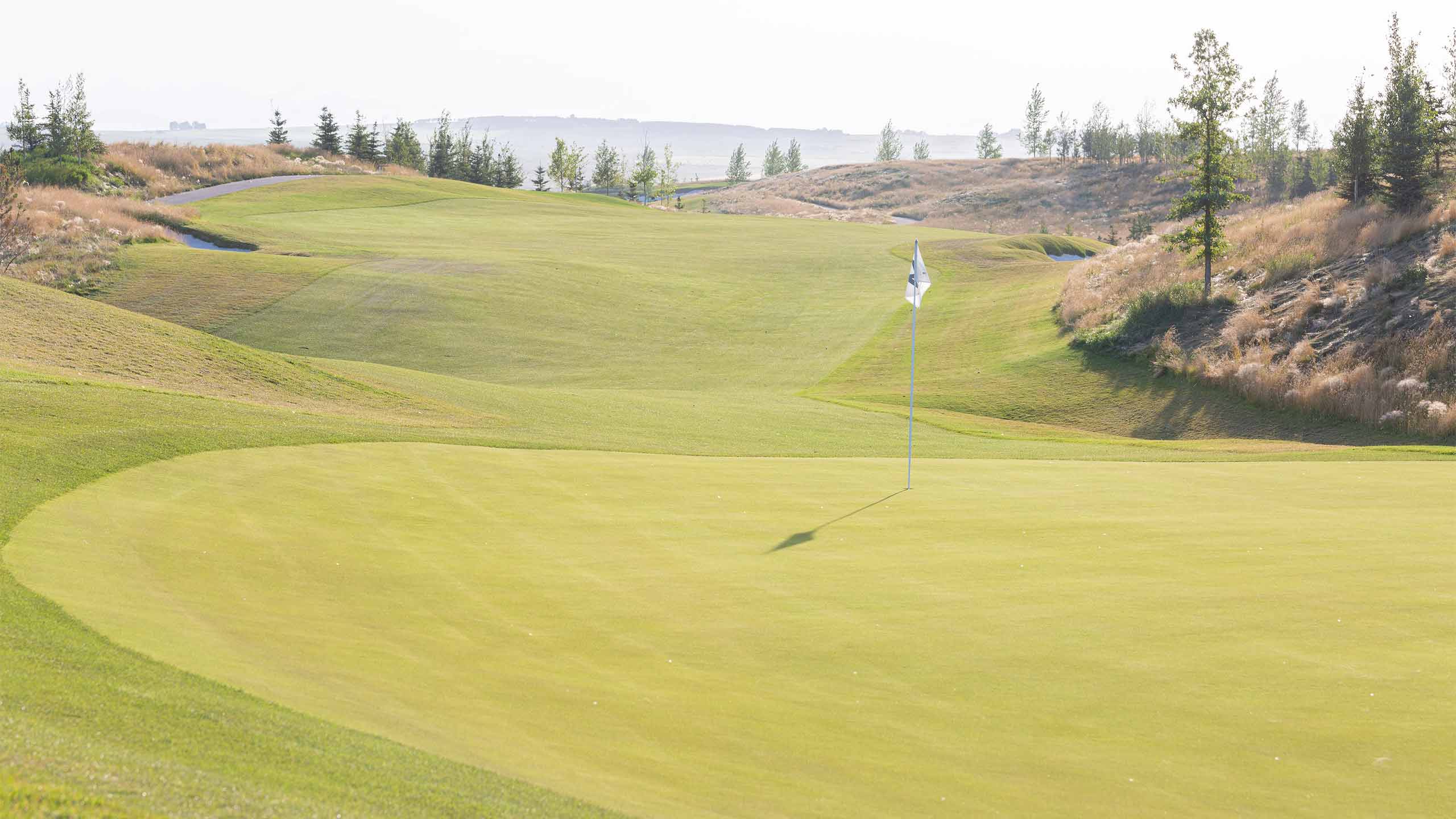 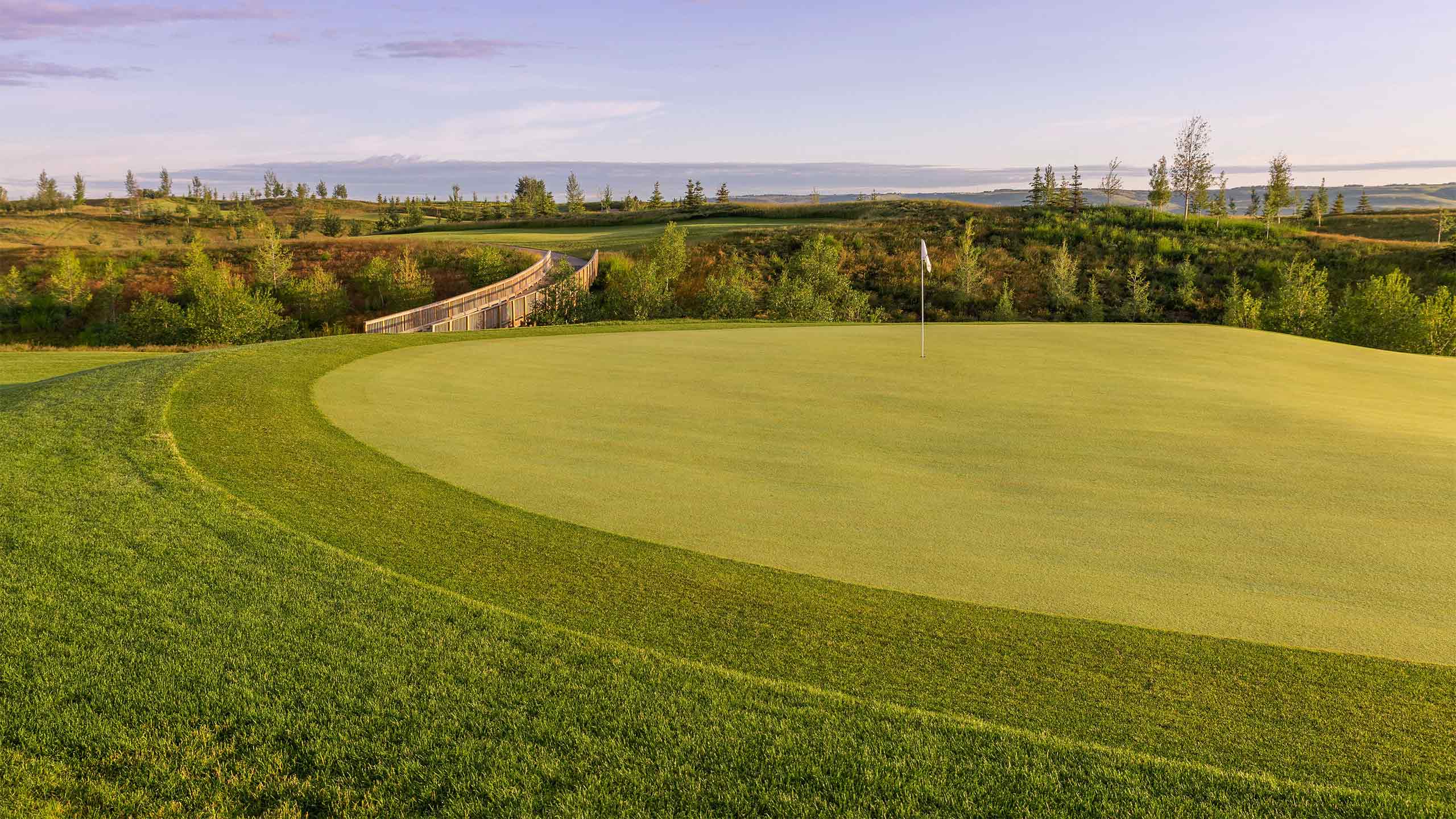