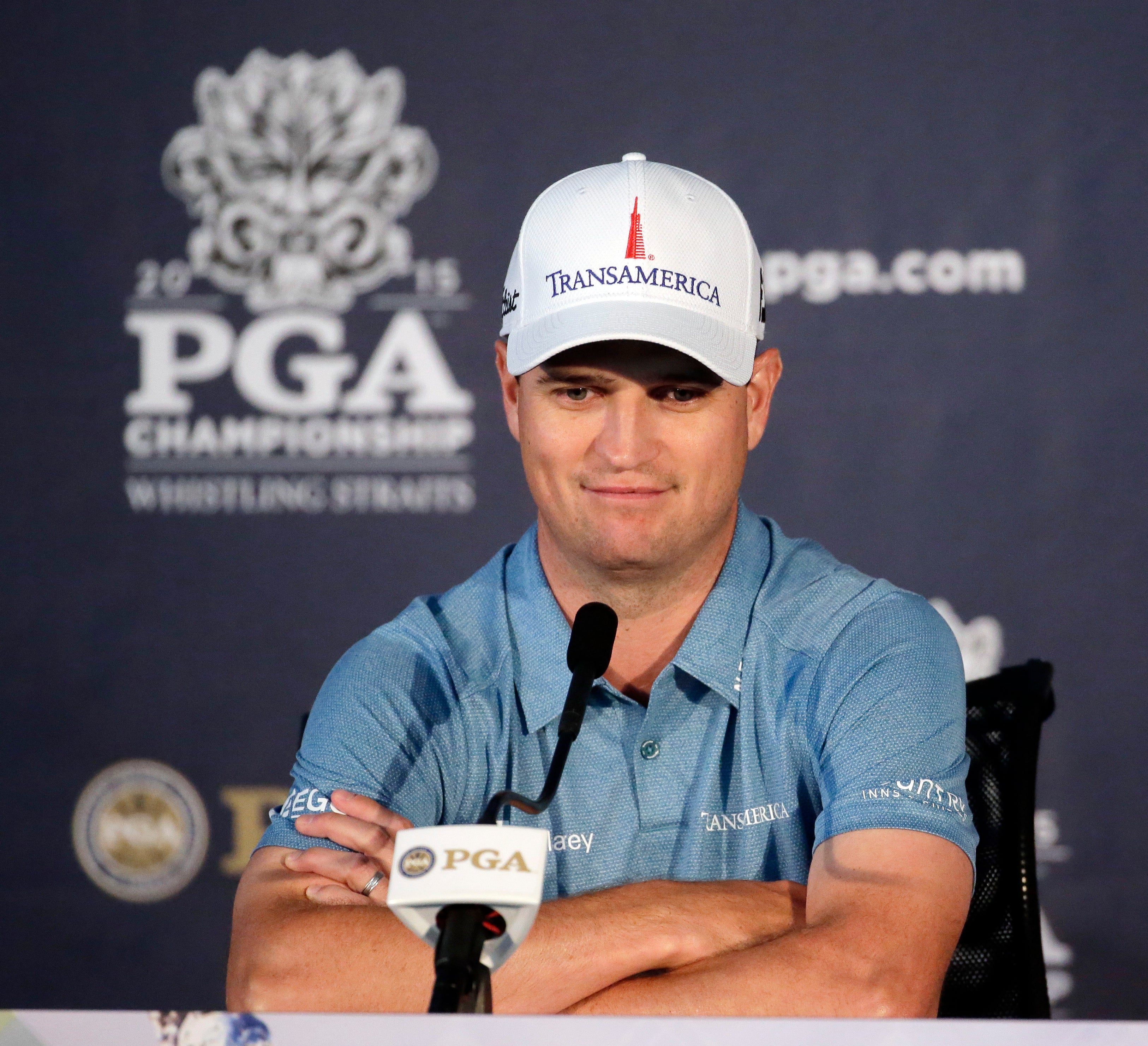 Zach Johnson answers questions before a practice round for the PGA Championship.
AP Photo/Chris Carlson

He might not even be the biggest draw among players named Johnson.

Fans will surely flock around the first tee to watch Rory McIlroy, the world’s No. 1 player, return from an ankle injury. Joining McIlroy and Johnson will be Jordan Spieth, who won the Masters and U.S. Open. Spieth is about as big a name as there is these days in the game.

Bring on the crowds.

”I embrace that. To me, the more the merrier,” Johnson said Tuesday.

What Johnson is trying to accomplish this week is rare. Winning the final two majors of the year has been done six times dating to the start of the Masters in 1934, and four times in the last 15 years. McIlroy accomplished the feat last season.

”To me, it’s just a great opportunity, that’s all,” Johnson said. ”I’m excited about Thursday and Friday. I get to play with two good friends.”

Yet Dustin Johnson is getting more attention than Zach.

The PGA Championship is at Whistling Straits for the first time since 2010, when Dustin Johnson drew a two-shot penalty on the final hole after grounding his 4-iron in the sand to the right of the fairway, not aware he was in a bunker. He had a one-shot lead at the time.

Johnson missed a 7-foot par putt to slip into a playoff—until the penalty dropped him into fifth.

Zach Johnson was asked about that, too, on Tuesday. They had neighboring lockers.

”I consoled him the best I could. What do you say? He was upset, clearly, as he should be. But his attitude was actually pretty good,” he said.

The leader in driving distance, Dustin Johnson has had at least a share of the lead in four rounds at the majors this year. His game makes him a contender at Whistling Straits.

But Zach Johnson is proof that it’s not just about length off the tee.

”I think ultimately it comes down to driving it well, getting it in play and Zach Johnson has showed that at the British,” said Steve Stricker, from Wisconsin. ”That was a bombers’ course, and he drove it well and putted well.”

”No, I don’t care about it, because I know my limitations and I know—basically I know my driving capacities, if you will,” Johnson said.

He can draw additional confidence this week from finishing in a tie for third in the 2010 PGA at Whistling Straits at 10 under. He’s having fun, like when he posted a picture on Twitter of him pretending to bite into an ear of sweet corn that was wedged into the silver claret jug he won at the British Open.

Johnson also won the 2007 Masters, though he said he’s more comfortable this time around coming off his second major victory.

”The shock and awe of Augusta was pretty intense and I would say this year it’s more just extreme awe. The shock isn’t quite as significant,” Johnson said. ”Like anything, you get a taste for one or two and you still want more.”