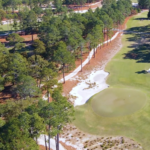 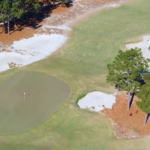 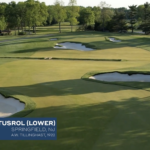 Why some inland courses are rising up the Top 100 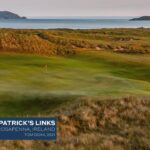 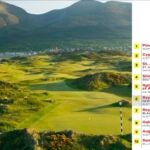 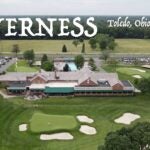 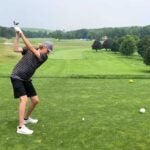 The Bethpage Gauntlet: Playing all 90 holes(!) in just 36 hours 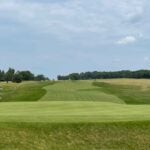 Why Lawsonia Links is one of the best values in golf 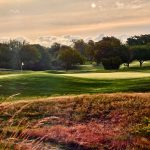 Counting down the top 30 municipal golf courses in America 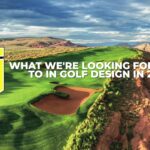 What we're looking forward to in golf design in 2021
Travel

Ed. note: Too many ball markers? Closet overflowing with training aids? Never met a par-3 course you could say no to? There are hundreds of golf obsessions out there, each more fascinating (and incurable?) than the next. For a new GOLF.com series — we’ve dubbed it My Golf Obsession — we’ve asked our staffers to opine on their golfy habit they just can’t seem to kick… for better or for worse.

Growing up a golf fan on Long Island is a fool’s errand. Long Island, particularly Nassau County (where I’m from), is one of the most golf-dense pockets on earth. I live closer to spots listed on GOLF’s Top 100 Courses than I do to Costco. In my days as a caddie, I drove past three prominent local courses to reach the one where I worked, which was only 15 minutes away. Courses designed by golden age architects are like pizza joints: they’re great and they’re everywhere.

These tracks are so cordoned off, some argue the group with the most intimate knowledge are the teenagers in affluent neighborhoods who parade on fairways after dark.  The “golf course party” is a rite of passage for many in Long Island suburbia, and those high-schoolers who learn how to operate a course’s nooks and crannies with discretion are typically the ones who avoid law enforcement.

For most Long Islanders, the only conceivable perception of golf is as an outsider. If you’re lucky, you’ve got a buddy who’s a member at The Creek Club, or had an outing at Engineers. If you’re unlucky, these courses amount to little more than a logo, a name and a chainlink fence to crane your neck looking through while your car whizzes past.

I’m not from a country club family. My buddies aren’t either. The golf course partying teenagers lived the town over. By the time I left for college, I’d grown frustrated. I’d lived feet from golf history for 18 years and hadn’t whiffed it.

I’m unlucky. Or at least, I was unlucky. Until one day, I decided I’d had enough.

On one cool August evening in 2017, I drove past the nearest of the ultra-elite private courses. I’d seen the entrance to this course 150 times in my life, tucked unassumingly along the bend of the road near a main highway. Years of quietly stewing curiosity suddenly boiled over. In a moment of youthful ignorance, I banked a right onto the long, winding driveway that led to the clubhouse.

Five feet later, I slammed on the brakes. What the hell was I doing? Most bank robbers at least think about an exit strategy—I’d walked away from the teller with a bag full of cash and hadn’t given a single thought to a getaway. I’d run out of time to figure out a plan. I took a quick survey of my surroundings. To my good fortune, there wasn’t a soul in sight. I put the car back in drive and slowly crawled toward the clubhouse (a converted mansion, I later learned).

In awe, I stared out at the greenery embanking either end of my car. I couldn’t believe the size of the property that lay before me. I’d only seen glimpses from the road, which was heavily guarded by trees. Now, only a few feet up the driveway, I found a wide-open track of greens, fairways, roughs and bunkers, with startling elevation and undulation. I couldn’t believe I’d lived a mile-and-a-half from THIS for my whole life.

I can hardly pass judgment on those who feel my voyeurism is strange, juvenile, or ultimately worthless. They’re right! It is strange and ultimately worthless, and I could still pass for a high school student. This is a golf “obsession” after all, not a “totally reasonable and normal golf interest.”

The way I see it, these escapades are about gaining exposure to golf history. Imagine living in Augusta and never taking a stroll down Magnolia Lane, shacking up in St. Andrews and never crossing Swilcan Bridge, or taking residence on 17-Mile Drive without ever seeing Cypress. If you’re a golf nut from Long Island, it’s equally preposterous to withhold yourself from Piping Rock, Sands Point or Shinnecock. The Island is long, but the distance from golf lore is not. Even my former employer, the understated Rockville Links Club, claims one of golf’s first families, the Turnesa’s, as part of its almost 100-year past.

I might never get to play any of the tracks I’ve come to idolize, but that’s okay. I’ve seen them, and however foolish it seems, I’m proud to have done as much as that. And hey, if I ever do get out to play one of my dream courses (looking at you, Garden City), it’ll add even more to the experience to remember what it was like from the other side of the chainlink fence.