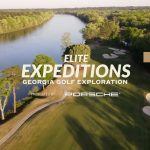 In the 65 years since the Masters Tournament was first televised, golf fans have seen every inch of Augusta National’s beauty in high-def close-up. What you’ve never seen is the course — hole by hole, tee box by tee box — through the eyes of 18 living Masters champions, from Jack Nicklaus, Gary Player, Dustin Johnson, Ben Crenshaw and beyond. Until now. Eighteen holes, 18 winners, 18 ways of seeing Augusta National anew.

What you see off the tee: “The primary visual is the big fairway bunker on the right. It’s a detriment to the modern player because they can reach it. In the old days, we were more worried about missing left, because without the second cut the ball would run all the way into tree trouble.”

Where you will gain the greatest advantage: “Because the green is canted so severely left-to-right, you have to leave yourself an uphill putt. Get out of position and you can make a quick 6.”

Where you will make the biggest mistake: “Not giving yourself leeway for your third shot or your pitch.”

Who played it best: “In the olden days it was Raymond Floyd and Seve Ballesteros, because they were so good with their short games and wedges. The green requires skill and strategy and philosophy. They not only had all the shots, they had a knack for always being in the right spots.”

Did you know… In the final round of the 2012 Masters, Louis Oosthuizen made a double eagle at No. 2. After his 253-yard approach shot landed on the green, it took 16 seconds to find the bottom of the cup.