The course at Ury traverses rolling countryside and has an ancient castle as its centerpiece.

In How New Golf Courses Are Born, we look at the people and places behind some of the newest destinations in the golf world. First up, Ury Estate, near Aberdeen, will be part of the first residential golf community in Europe branded with Jack Nicklaus’ name.

Jack Nicklaus has long had a special connection with Scotland and the Scots. All three of his Open Championship wins came on Scottish soil — two at St. Andrews and another at Muirfield, after which he named his home course in Dublin, Ohio.

In 2005, the Golden Bear became the only living American to appear on British currency, with the Royal Bank of Scotland featuring him on the five-pound note.

Now, that bond is about to become even stronger.

Nicklaus’ latest course design — at Ury Estate, outside Aberdeen, in northeast Scotland — is nearing completion, with plans to open in late 2024.

The Estate acts as the gateway to Royal Deeside, a scenic, pastoral area which includes the famous Balmoral Castle, widely thought to be the late Queen Elizabeth’s favorite residence.

The course at Ury, which traverses rolling countryside and has an ancient castle as its centerpiece, will be the headline attraction of a new Nicklaus-branded real estate community featuring three separate developments with roughly 500 homes.

It also will become the first residential golf community in Europe to be branded with the Jack Nicklaus name.

“Here we are just south of Aberdeen in Stonehaven with the beautiful castle on the hill,” Nicklaus said. “You stand up there with the castle, and you see the bay and the water. It’s a pretty view and pretty area, with great tradition.”

“A stunning piece of property in one of the great golf areas in the world,” added Dirk Bouts, a senior design associate for Nicklaus Design, which is an affiliate of GOLF.com. “And it’s not what most people would expect from Scotland, where they think it’s got to be a links golf course along the sea.”

A Nicklaus design in Scotland? It just feels right.

“The Scottish people have always been very nice to me,” Nicklaus said. “I guess they like somebody who excels at what they do, and I’ve excelled in Scotland. Anytime you win at St. Andrews, you’ve got to play some pretty special golf, and it’s a very special feeling. Bobby Jones always said that your golfing resume is not complete unless you have won at St. Andrews. I won at St. Andrews and I’m proud that I won again at St. Andrews.”

A Jack Nicklaus design in Scotland? It just feels right. 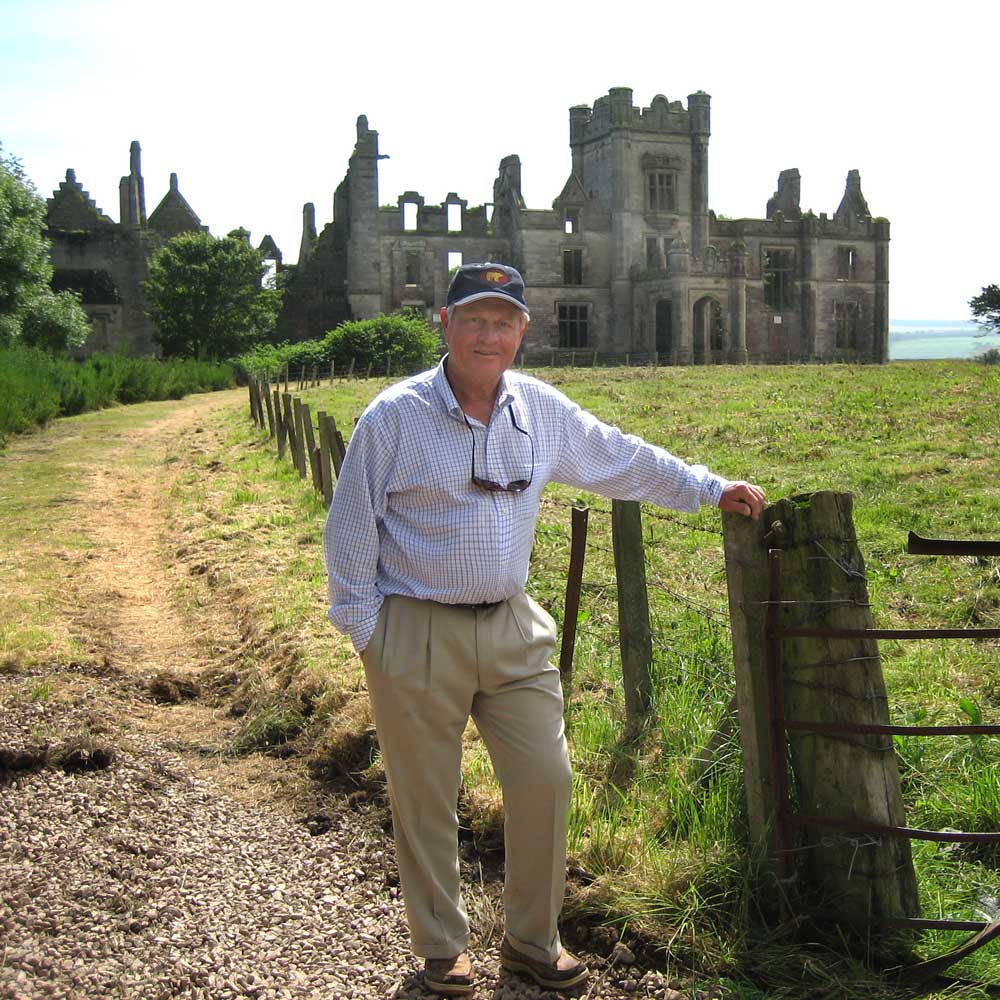 Nicklaus joined the Ury team through the vision of the property’s developers, John Milne and John Forbes, known locally as “Little John” and “Big John,” respectively, with whom Nicklaus first toured the site in 2008. Now, that vision is becoming a reality. The course has been actively under construction throughout this year; the design team is currently shaping some holes and finalizing others so that they can drain them before the winter.

The parkland design, measuring 7,300 yards with views of the sea, circles the castle, part of which will become the clubhouse.

“Jack made sure that the golf course relates to the castle as much as possible,” Bouts said. “He also maximized the use of the existing river and burns, incorporating other features like existing walls and bridges, playing through treed areas and open fields and, of course, taking advantage of the magnificent views all around.”

There will be great variety in holes, each taking advantage of the existing features so it fits seamlessly into the existing landscape. There also will be plenty of room to play, greens will be gently contoured and the bunkers will be small — with the goal of making the course playable for all skill levels.

Ury Estate will feature a Nicklaus-branded collection of homes as part of the community, the first of its kind in Europe. While Nicklaus Design has designed more than 435 golf courses in 46 countries, fewer than 10 of those properties have been selected to brand the real-estate offering as well, which speaks to the special nature of Ury’s setting.

“We are trying to create not only a golf course, but a way of life around what we’ve done, what I’ve done,” said Nicklaus, who was honored at this year’s Open with honorary citizenship at St. Andrews. “If we can do that within the community, participating in the growth and feeling of the community, that is what we like to do.”

“Ury Estate is a unique development, which is set to become one of the world’s most prestigious golfing destinations” said Karen Smith, the Ury Estate sales and marketing director. “As the first Nicklaus-branded residential development in Europe, we are delighted to be creating the opportunity for people to buy or build their dream home neighboring the course.

“This luxury lifestyle experience, with family homes located in a stunning natural setting, affords a spectacular panorama of the Aberdeenshire countryside and coastline.”

The course won’t lack for drama, either.

“A real walk in nature,” said Graeme Webster, the course project manager. “It’s almost going to be therapeutic with the wonderful views you will get on each hole. It will look like a golf course that has been there forever.”

It will look like a golf course that has been there forever. Graeme Webster, course project manager

The course, Webster said, is long and challenging enough to be tournament-ready, but with the shorter tees, it also will be a fair test for less skilled players.

“To me,” Webster said, “that’s the mark of a great golf course.”

About 45 minutes from Dundee and about two hours from Edinburgh and Glasgow, Ury Estates is ideally situated.

“It’s a really nice location for visitors coming from overseas,” Smith said. “You can golf at Gleneagles within two hours, the Old Course within an hour and 15.”

There’s one other nice bonus, too.

“We don’t get as much rain as the rest of Scotland,” Smith said. “It’s a lovely part of the world.”