The rediscovered Rhayader course is short on conditioning but long on views.

More than 50 years ago, when Chris Powell was a boy growing up in Wales, he would sometimes ride his pony into the hills around his family’s ancestral home, past a property he knew as “the old golf links.”

That’s what locals in the nearby town of Rhayader called it, even though it hardly looked the part.

It had no flags or tee markers or crisp-cut fairway mow lines. Really, it had no fairways at all.

If you squinted, you could make out a pair of abandoned greens, but otherwise “the old golf links” existed in name only. Its grounds were overgrown by fern-like bracken. Its golfers were long gone, replaced by grazing sheep.

“If no one told you what had been there, you never would have known,” Powell says.

Decades passed. Powell made a life for himself in Rhayader, earning his keep as a farrier, playing golf in his free time and rarely giving thought to the course-that-once-was in the hills. Then came 2020, the year the world stood still. With his local club shuttered and idle hours to fill, Powell, who is 63, started feeling itchy. What he wanted was a place to knock around some shots.

How about that spot from his pony-riding childhood?

It was late springtime, mid-lockdown, and “the old golf links” looked pretty much the same as ever, its hilltops giving way to verdant valley views, its lilting terrain blanketed in thatchy vegetation. There was lots of room to miss both left and right, and a good chance of a lost ball almost anywhere you hit it.

Because the land was run by a public trust, Powell had to get approval to start clearing bracken. Permission granted, he got to work. As just one man with a sickle and a ride-mower, he progressed slowly. Soon enough, though, dormant features in the landscape sprang to life. A tee box here, a green complex there, one of which was buried in chest-high bracken. The more Powell unearthed, the more the job intrigued him.

A few friends joined the effort. Using a metal detector, they located five cups. Arguments arose over the routing. Which holes started where? In what order did they go? Powell and his pals tracked down an old-timer in town, a man who remembered the course before it died, but he could only answer so many of their questions.

In search of greater clarity, Powell fired off a message to Golf’s Missing Links, a website devoted to long-lost courses, run by John Llewellyn and Marie Lllewellyn, a married couple who live in France.

John Llewellyn replied straight away. Yes, he knew the course. He’d walked the grounds in 1997, snapped some pictures, done some sleuthing. Rhayader Golf Club. That was the name, and its origins dated to 1908, when a nine-hole course was built on farmland east of town. When World War I erupted, the course shut down; its acreage was needed to support the war effort. But in the 1920s, the golf club reawakened. An architect was hired to design nine new holes. And not just any architect: Alister MacKenzie, already a noted figure in his field even if he’d yet to build his best-known courses, including Augusta National and Cypress Point.

As part of his research, Llewellyn had dug up MacKenzie’s site report (“The views are delightful and could hardly be surpassed by those on any English course,” the architect had written), as well as a map of his proposed routing. (“The ground is somewhat hilly but in the design of the holes I have attempted to reduce the hill climbing to a minimum.”) The course, which opened in 1925, remained in operation until 1968, when, it seems fair to assume, play dwindled to the point of no return. Here is the 2,470-yard routing from 1928, courtesy of Golf’s Missing Links:

The views are delightful and could hardly be surpassed by those on any English course. Alister MacKenzie 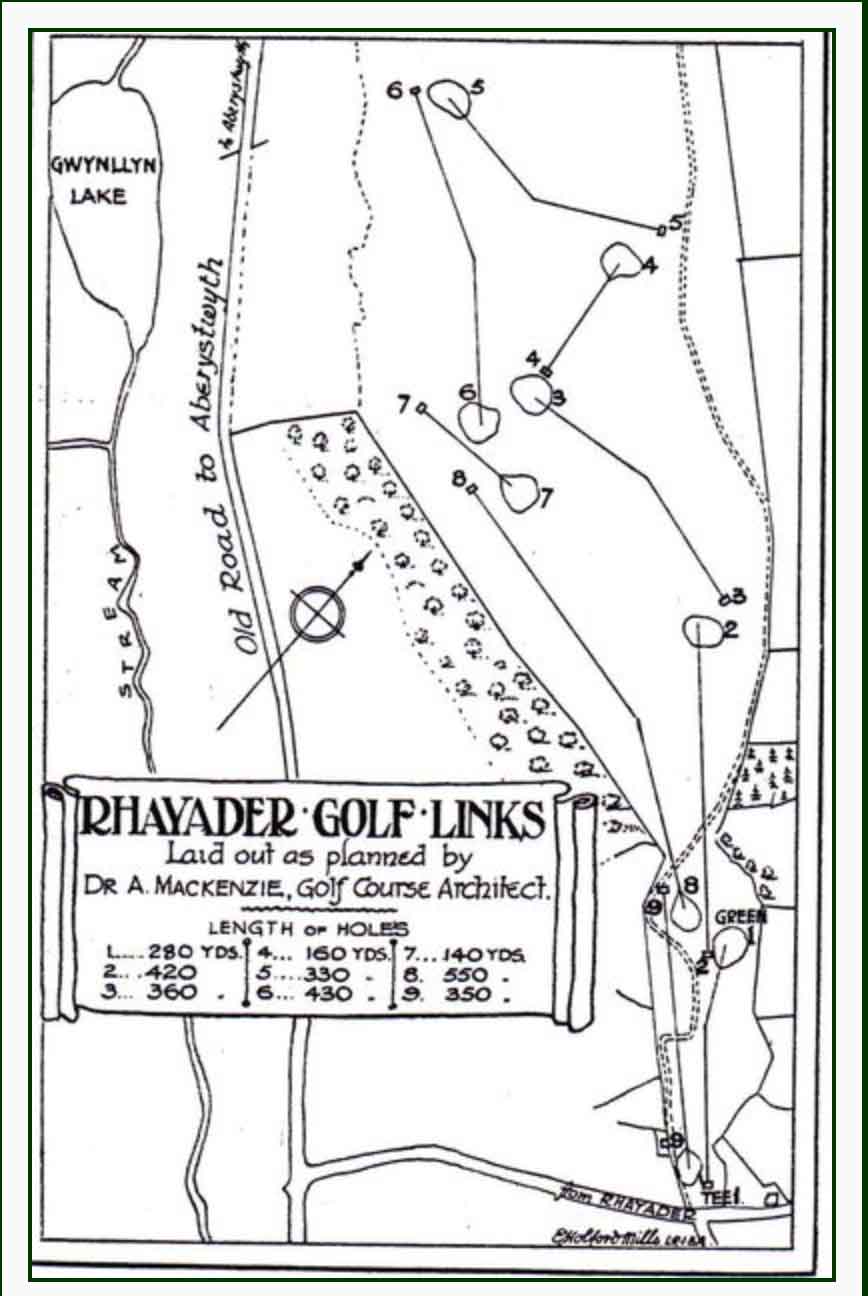 All of this history was news to Chris Powell, who had never been much of an architecture buff but recognized the import MacKenzie held for others. “It definitely added an extra dimension and stimulated more interest with anyone I talked to about it,” Powell says.

Meanwhile, he kept up his bracken-clearing work. By the time lockdowns lifted, earlier this spring, Powell estimated that he’d spent more than 1,000 hours on the job.

With a new golf season in full swing, “the old golf links” remains a rustic place, more pasture than playground, but the outlines of its routing are now mostly evident and the tees and greens are plain to see, though some have little grass and others are shaggier than unshorn sheep.

If it’s not a course in the contemporary sense, it is, Powell suspects, “probably pretty close to the way the game was originally played.”

No one is talking about reviving Rhayader Golf Club, not in any kind of formal way. But they have been talking about Chris Powell, whose 15 minutes arrived last week in the form of a feature on CNN followed by a guest appearance on a sports radio show.

This Friday afternoon could bring more media attention when Powell and a couple dozen fellow golfers gather on the MacKenzie course for a charitable competition that they’re calling the Rhayader Cup, pronounced like Ryder Cup with an extra syllable.

If it’s not a course in the contemporary sense, it is, Powell suspects, “probably pretty close to the way the game was originally played.” 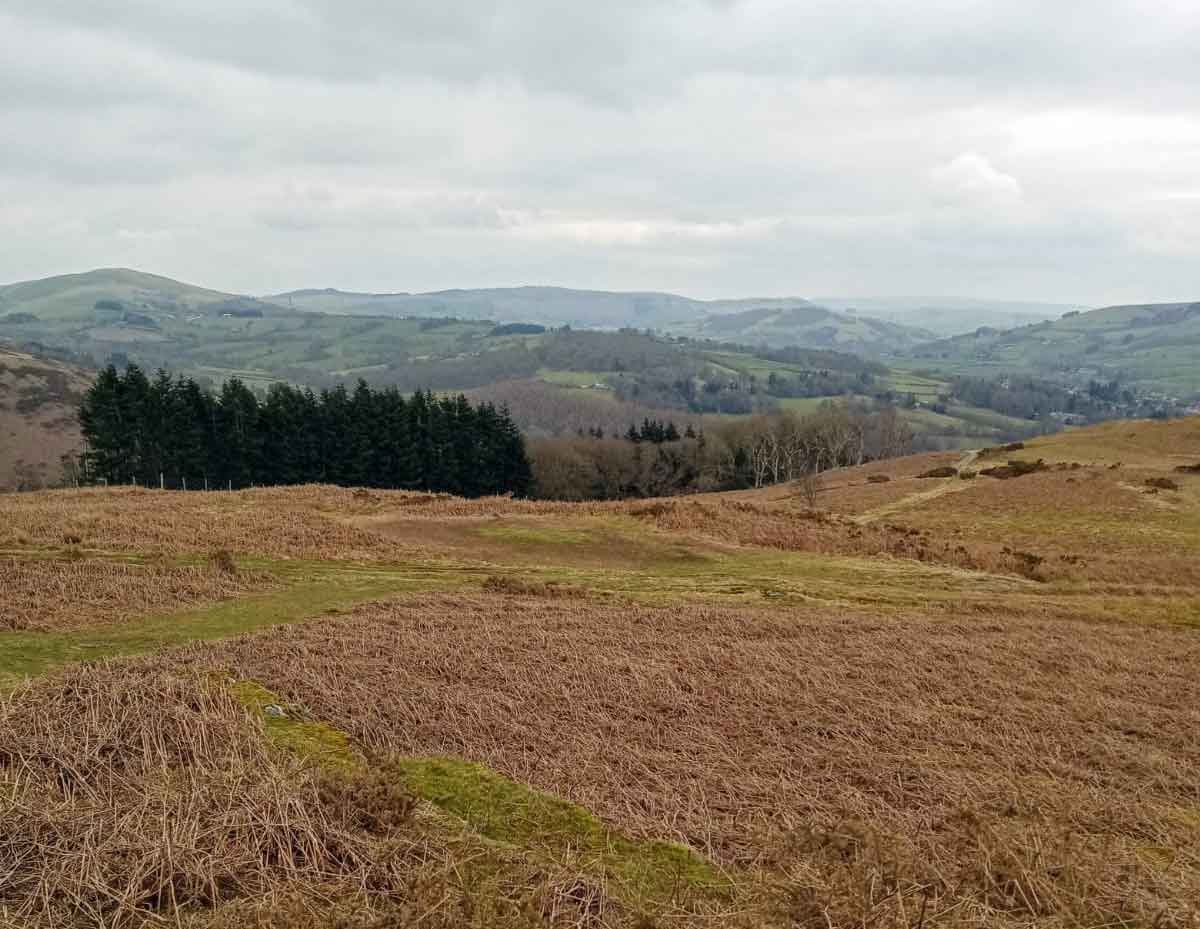 After that, the window will likely close fast on the course. Bracken grows at a rapid clip in summer, and Powell says couldn’t possibly keep up. His plans are realistic. Every month or so, he figures, he’ll light out for the hills with this sickle and his mower and do what he can in the way of maintenance.

At the least, he’d like to make the Rhayader Cup an annual event, a springtime nod to what the land once was that makes the most of what it has become.