Even if you don’t consciously think about it, golf fans can recognize the logo on the front of their favorite players’ hats. Tiger Woods? The Nike Swoosh. Jordan Spieth? The Under Armour logo. Justin Thomas? That familiar Titleist script. Dustin Johnson? TaylorMade, in block letters. The fact that you can picture that logo when you think of each player is worth a great deal to companies. But just how much?

A top sports agent whose clients have included top 30 players spoke to GOLF.com recently under the cloak of anonymity to talk about the kind of bank made (and paid) by an average Tour pro. That agent called hat space a player’s “No. 1 real estate” and reported just how much it could be worth. A hat deal often goes hand in hand with a club and apparel deal, of course, which can be extremely lucrative. Here’s the undercover agent’s complete answer:

“The front of the hat is your No. 1 real estate. On the high end, this deal generally includes other inventory—bag, equipment—as well. If you’re a Top 30 player, you’re definitely making seven figures on this. For a Top 10 guy, you’re looking north of $3 million and getting close to eight figures for the most marketable players in the world. For this deal, a player will be obligated to, on average, commit to giving a company three to four appearance/promotional days per year.” 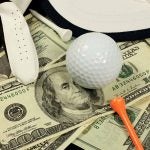 You may also like Big-time bucks: Here’s how much money is made (and paid) by the average Tour pro

It’s no surprise, then, that nearly every top player takes advantage of the possibilities raised by a hat deal. Some have gotten creative: Jason Dufner, lacking a long-term sponsor, has entered multiple one-week hat contracts this year, though he’s spent other weeks wearing various funny hats on a whim.

Not every hatted player is cashing in yet: Eddie Pepperell, who just jumped to No. 33 in the world after winning the British Masters, has joked repeatedly about his lack of a hat deal.

Imagine that, 413 weeks it takes to achieve something pretty good and all you have to show for it is psychosis and no hat sponsor. https://t.co/Zi2yj9WLwg 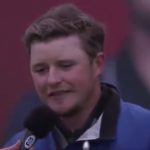 You may also like From mum’s mittens to Cadbury chocolates, the 5 best Eddie Pepperell quotes from ‘miserable’ British Masters win

There are still a few non-hatted holdouts, however. Ollie Schniederjans, a mop-topped brunette ranked 139 in the world, and Robert Rock, a Brit who has been a longtime mainstay on the European Tour, are standing strong as non-hat wearers. And others may be tempted were it not for their contracts: Rory McIlroy has gone hat-free the last two Ryder Cups, weeks where players are not bound by sponsor’s obligations.

As Schniederjans star continues to rise, he may be convinced to don a sponsor’s lid. Pepperell’s own hat may gain a sponsor, too. That hat money generally talks.