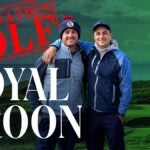 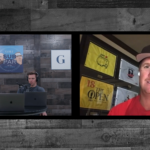 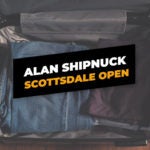 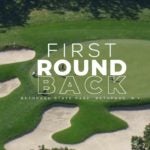 First Round Back: The biggest difference was the drive to the golf course

Ed. note: The economy is reawakening, and so is golf. As states begin to loosen restrictions on the game, tee sheets at America’s courses are filling up again. To help chronicle this process and illuminate how the coronavirus pandemic has changed the game in ways both large and small, we’ve tapped our fleet of writers and editors — who are spread out across the nation, from New York, to Arizona, to Texas, to California — to document their first rounds back. First up in the series is Josh Sens, who last week drove 100 miles from his Oakland home to peg it at Turkey Creek GC, near Sacramento.

On Friday morning, as nooks and crannies of Northern California showed signs of stirring from their recent slumber, I had the strange experience of playing golf.

Or rather, I had the strange experience of traveling to a golf course.

The sun was barely up as I motored east on Interstate 80 from San Francisco toward Sacramento, breezing along a freeway that was eerily free.

Gone were the Los Angeles-like bottlenecks that had long been a defining feature of Bay Area life. No brake lights blinked before me.

The open road stretched out like a Mad Max set piece, with caravans of big rigs and custom choppers pretty much the only vehicles around.

The hills on either side of me were lush and green, though word is that we’re headed toward another drought. So it goes. Dispiriting headlines aren’t hard to find these days.

But at least there is some good news.

Since March 19, when Gov. Gavin Newsom issued a statewide shelter-in-place order, golf, like so much else in the Golden State, has existed in a kind of patchwork limbo, permitted in a tiny smattering of places but otherwise a no-go, from Torrey Pines to Pebble Beach.

Last week, though, additional locales relaxed their restrictions. Courses opened in, among other places, the Coachella Valley, near Palm Springs, and in Placer County, which stretches from the flatlands east of Sacramento into the Sierra.

Back in the old days, by which I mean “February,” the 100-or-so mile weekday morning drive from my house to the nearest courses in Placer County would have taken as long as a slow nine holes, two-and-a-half hours, if I was lucky. But now I rolled along unimpeded, with no one near enough for me to honk or scream at, and no one to honk and scream at me. A California highway without a whiff of road rage? A Dead Head couldn’t conjure a stranger trip.

As for my destination — Turkey Creek Golf Club, in the city of Lincoln — it was far from empty. The parking lot was jammed, an armada of carts awaited by the cart barn, and the morning air echoed with the click-clack of clubs as golfers hustled to unload their sticks.

At first blush, it looked like just another day at a busy public track.

There were differences, of course, like the absence of a greeter at the bag drop and the presence of hand sanitizer beside a stack of range ball baskets, along with a sign instructing golfers to “please wash” the baskets before and after use.

The clubhouse was off-limits to the paying public. Instead, I checked in at the blocked-off front door, swiping my credit card in front of a staffer who sat, bank teller-style, behind plexiglass. Hand sanitizer was available there, too.

By now, most of us have heard about the industry’s recommended safety precautions. All of them appeared to be in place at Turkey Creek. On the practice putting green, the holes were partly filled with sand to prevent balls from dropping to the bottom (on the course itself, foam padding was used in the cups to the same effect). There were no rakes in the bunkers. If you weren’t planning to walk the course and couldn’t prove that you lived under the same roof as your playing partner, you had to ride solo in a cart.

Starting times were at 10-minute intervals, a healthy separation. At just past 9 a.m., I was summoned to the tee.