Why a double plateau hole is more than just two plateaus 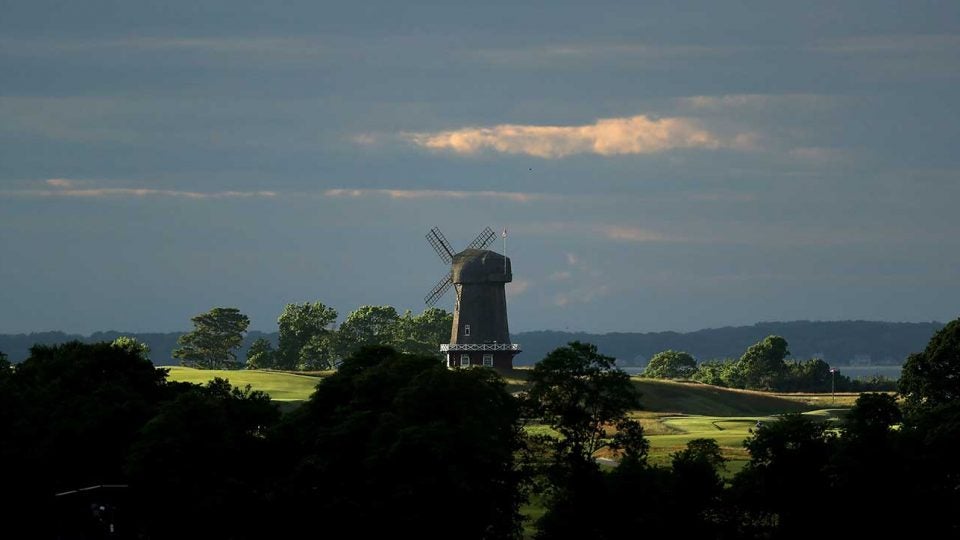 Welcome to A Beginner’s Guide to Golf Course Design, where we’ll dig into the history, design and meaning of golf course architecture terms you’ve probably heard before but might not fully understand. We’ll explain all of the above in an accessible Q&A format, and better yet, teach you how to identify these features and plan your attack for the next time you see one, saving you strokes along the way. In this installment, we’re breaking down a double plateau hole.

Yes, the name makes this template hole sound pretty simple. But there are more than just two plateaus. It is stuffed with strategy and elements not enclosed within its name.

OK, fine, tell me about it then

Like the other template holes, this design was first introduced in America by Charles Blair Macdonald after he learned about golf design in the British Isles. There is no one “original” double plateau hole that Macdonald referenced; it was more of an idea he saw used in different variations. The most common green shape for a double plateau looks sort of like the letter “L” either forward or backward, with the different tiers at the far sides.

Double plateaus are usually longer par-4s that play mostly straight. This template is a great tool for an architect to add intrigue to a straight hole because the pin placement dictates which side of the fairway is the ideal approach on a given day.

Many of the best double plateau holes feature a “principal nose” bunker 50-70 yards out from the front of the green, which makes the green harder to see and approach. A principal nose bunker is a hazard design taken from the Old Course at St. Andrews. There is a large mound with a small bunker on each side. Often a bunker is hidden behind as well. The nose or hump also makes it difficult for players who end up in the hazard, as they can’t aim straight ahead.

Travel
The origins of the maiden hole, one of golf’s finest hole designs

How is this different from a Biarritz green?

The double plateau and Biarritz have similarities but are quite distinct from one another. The low area in a double plateau makes up a significant portion of the green and is pinnable, while the swale in a Biarritz is much smaller and not always big enough for a pin position. The two sides of the swale on the Biarritz are also usually the same height, while the two plateaus here can differ in elevation. There is not one greenside bunker pattern for all double plateaus, though there are often several guarding the different levels each green features.

A Biarritz is more linear, with a front and back section separated by a pit running through it. A double plateau green is really actually made up of three elevations, and they are offset from each other, not one next to or behind the other.

OK, I admit it’s more complicated than I thought. So how should I play it?

The brilliance of this template is that every day it brings a different challenge. Similar to many of the other template holes, the strategy here starts from the green and works its way back. Most of the strategy will be dependent upon the pin position. A pin on the right plateau might ask for a shot down the left of the fairway or vice versa. The principal nose bunker might force longer players to take less club, try to sneak it past, or try to bomb it over. These holes can play quite differently (as there are even some par-5s), but the most important thing is knowing what section of the green the pin is on, and what is the best route to getting there.

Where can I see one of these holes?

National Golf Links of America No. 11

Named simply “plateau,” it’s no surprise that there is yet another immaculate template hole at Macdonald’s most iconic course. The 11th is a 432-yard par-4 that starts off with a semi-blind tee shot with a bunker down the left. The approach plays over a principal nose bunker that stops any running shots. The green is in the classic “L” shape and features the distinct tiers. There are also small bunkers surrounding the green to catch any shots off target or with too much speed. If you’re ever lucky enough to find yourself on this course, this will be one of many standout holes from the round.

The 17th hole at Yale is named “nose” for its principal nose bunker. This 437-yard par-4 has all the tell-tale signs of a Macdonald/Raynor double plateau hole. The main hazard other than the green is the bunker complex sitting 60 yards short of the green. In 1925, Charles Banks wrote of the hill: “The approach to the green on the left is guarded by a mound flanked with bunkers, one on the left, one at the right, both visible from the playing ground from the second shot and a third behind the knoll next to the green which is hidden from the player making the second shot.” The green is large and any approach that ends up in the wrong section will have a roller coaster of a putt.

Old Macdonald (at Bandon Dunes) No. 1

Tom Doak is in love with the first hole on Old Macdonald. A shorter, 304-yard par-4, this double plateau has a lot of fairway to work with, bringing in options and angles for the approach based on where the flag is on a given day. Doak’s rendition of the principal nose bunker is closer to the green than normal, but still makes for a wonderful challenge because the hole plays short to begin with. Of the approach shot, Doak says, “No matter which way you go, getting your second shot onto the front left or back right plateau when the flag is there is an excellent shot.”

The 12th at the fairytale course Sleepy Hollow is a par-5 version of a double plateau template. This dogleg curves to the left, with the classic “L” shaped green built in a redesign by Gil Hanse. The hole takes advantage of the rugged terrain, sweeping through exposed rock, a small stream and beautiful trees. The stream is a perfect hazard to make players decide between laying up and going for the green. The three-tiered green is large enough for lots of pin positions, but also severe at points. This course is full of magic and this awesome par-5 only adds to the brilliance.