Rain, rain, go away?! Who’s rooting for (and against) a 54-hole BMW Championship

The final round of the BMW Championship at Aronimink has been moved to Monday, but that’s no guarantee that it will be completed. The golf course is soaked through and there’s plenty more rain to come. Topping it off, thunderstorms are expected to roll in Monday afternoon.

Play can only continue to Tuesday if more than half the field finishes their final round by end of day Monday. What it all means is that there remains a very real possibility the BMW concludes after 54 holes. Some players, content with their current position, may be rooting for a final-round rainout. Others would happily grab a squeegee if it meant a better chance of resuming play. Here are the winners and losers that would come with a final-round cancellation. 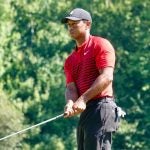 You may also like TEE TIMES: Monday’s final-round groups at BMW Championship released

Justin Rose: Very literally a winner. He would win the tournament and is projected to move to No. 1 when the world rankings are updated following the event’s conclusion. Add to that a winner’s check of $1.6 million? That’s about as much winning as you can pack into a single weekend. You can fully expect Rosie to be doing a rain dance tonight, ensuring Aronimink stays plenty soggy heading to Monday.

Keegan Bradley: Last man in! Bradley sits in solo sixth place at 14 under par, which projects him into the top 30 — barely. Any wrong move and Bradley would be on the outside looking in, as he began the week in 52nd place. Bradley, who grew up a competitive skier in New England is used to dealing with the elements. But we’d be willing to wager Bradley would happily take a rainout and punch his ticket to East Lake.

Phil Mickelson: It looks like Lefty could use a break. Earlier this week, Jim Furyk selected Mickelson as a captain’s pick for the Ryder Cup team. He didn’t exactly back that up with his play. Even after a third-round 67, Mickelson sits in a share of 67th place, ahead of only one player. There is no benefit to him going out for a meaningless round in the Pennsylvania rain. He could catch a cold! Send this man home.

Ian Poulter: Several players took to social media during Sunday’s rain delay, but — no surprises here — none so outspoken as Ian Poulter, who was openly campaigning for the Tour to call it quits after 54 holes. In one video of Tyrrell Hatton, Poulter pointed out that Hatton wanted to be home in England and Poulter wanted to be home in Orlando. “Do we stay or shall we go now?” he asked Hatton. “If we go there will be trouble…” 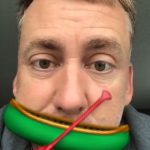 You may also like ‘Can we all go home please’: Pros sound off on BMW rain delay

Xander Schauffele: If the reigning rookie of the year has a glimmer of hope to make the Ryder Cup team, it will come with a win this week. A share of second, which is where Schauffele currently stands, won’t be good enough to overcome Tony Finau, who is having another solid week and sits T15. Schauffele wants to play.

Jordan Spieth: Odd man out! Spieth’s current projected status at No. 31 in the FedEx Cup ranks means that if the final round is cancelled, he’ll be the highest-ranked player going home before the final playoff event. Even worse, it subjects Spieth to a fine or suspension from the Tour. Because Spieth declined to add a new event to his schedule this year, he will fall short of the required minimum of 25 Tour events. Though we don’t think Spieth will sweat the reported $20k. 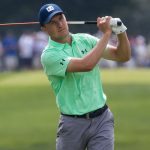 You may also like Jordan Spieth faces fine, suspension if he fails to make Tour Championship

PGA Tour: Players were plenty miffed that they had to prepare to play Sunday and wait throughout the day for periodic updates. If the delays continue Monday they’ll have a near-mutiny on their hands. In the best-case scenario, the PGA Tour gets some bonus exposure during the Monday workday. Worst-case? More delays, no resolution and an awkward, anticlimactic trophy handover to new world No. 1 Justin Rose.