In this installment of the #AskAlan mailbag, GOLF senior writer Alan Shipnuck fields questions about the Japan Skins Challenge, Rory v. Brooks and his most embarrassing moment on the job.

#AskAlan- I’m going to assume that Tiger, Rory, Jason, and Hideki got a huge appearance fee for doing the Skins Game. My question is, Why do it? These guys already make so much money, and travel so much, how much is enough? I’d rather have a real off-season. – @war_eagle1988

Well, you can enjoy any off-season you want, but I see your point. The charitable answer is that Tiger needs reps and the other guys couldn’t say no to the player they grew up idolizing. Obviously there are business considerations well beyond the paltry Skins purse, but as you point out, these guys already have tons of money. I really think the cult of personality around Tiger is what compelled everyone else to get on the plane. And Tiger knows he has a finite number of swings left so he is trying to maximize this playing/endorsements window before it slams shut.

Is a women’s Skins Game possible sometime in the future? What would it take to make it happen? Who would be the likely four players? Lexi, Brooke, Jin Young Ko, Ariya???? – @PopsandSunshine

l love this. All it would take is a sponsor to step up and underwrite the show. The purse the other night was a teeny-weeny $300K so a big investment isn’t needed. Golf Channel is so desperate for programming Monday-Wednesday, surely a spot could be found for something fun and new like this. You need extroverts and stars who transcend borders, so I’d pick Lexi, Danielle Kang, one of the Kordas, and the Tiger of the women’s game, Inbee Park.

Would a Skins Game at a tough course between four long-drive champs be fun? – @MagicNumberLA

Yes, please. Watching them wreak havoc off the tee would be almost as entertaining as the short-game blunders and yippy putting strokes.

Rory took the high road when asked about Brooks’ comments at the Skins Game, but deep down, they had to hurt at least a little. Do you think the comments will stoke Rory’s competitive fire this coming season, or do you expect him to continue his Zen-like approach in 2020? – @MichaelGeiger13

I was deeply disappointed by Rory’s response. This was no time to be classy and diplomatic! Brooks challenged his manhood and McIlroy retreated, just as Bryson did  when Koepka said he’d kick his butt in a fistfight and DeChambeau agreed. You can’t give a competitor that kind of mental edge, especially one who is already preening about like Brooks. Rory certainly played at an extremely high level in 2019 but I’m not sold on his commitment to equanimity. He has always been a passionate player and that mojo is an important part of sports. If anything, during those dispiriting moments when Rory has shrunk from the moment, he’s seemed too subdued and introverted. I want more fire from him, not less.

What does it say about me, Jay Monahan, reflexive American self-indulgence, the death of restraint or anything else it may reflect upon that I find these coming months of the (mostly non-PGA Tour) golf calendar to be the most enriching and deeply satisfying of the year, by far? – @Lou_TireWorld

I take this is an indictment of the PGA Tour product: the one-dimensional venues and style of play and the, uh, less-than-charismatic persona of the archetypical competitor. After months on end of this, there is an unmistakable sameness. Meanwhile, the European tour is visiting exotic places and its leaderboards are populated by more colorful characters. Pretty soon Australia and South Africa will begin serving up stellar events. But when it comes to the PGA Tour, I will say that the Fall season has grown on me. (Sounds like you, too.) There is low-key charm to events like Napa and Sea Island and Greenbrier that is a throwback to a simpler time, before FedEx Cup points were the coin of the realm.

What is the etiquette of playing more than one ball on an empty course when playing by yourself? – @dvens23

Play as many as you can keep track of! It’s one of the game’s great pleasures. As long as you replace your divots and fix your pitch marks no one should ever give you grief.

You have very public thoughts on ANGC and the pomposity of the rules, chairmen, etc. What tournament is in 2nd place for journalists (and players) having to mind their Ps and Qs? #AskAlan – @1beardedgolfer

There really isn’t a second place — Augusta has retired the category. Though the uptight folks at the R&A continue to make the working conditions at the Open more and more difficult by restricting access to players and the locker room. But there are still work-arounds and no fear of reprisal, unlike at the Masters.

Your most embarrassing moment from the beat. Go. – @PGATourSmartin

Oh, that’s easy: Sunday at the 2015 Open Championship. Jordan Spieth is chasing the Grand Slam, and I’m chasing the story. I was inside-the-ropes but got marooned in an awkward spot left of the Road Hole green watching Spieth make his killing bogey there. I wanted to get over the 18th tee to have  good view of Spieth’s tee shot; given the crowds and assorted infrastructure the most direct path was cutting in front of the 17th green and looping back to 18 tee. I bolt without hesitation. As I am traversing that sacred sod the people in the massive grandstand behind the green begin whistling and shouting at me. In my haste, I didn’t bother to look down the fairway! Louis Oosthuizen was about to hit his approach shot into the 17th green but backed off when I cut in front of his target! I made a hard left turn just past the green and started hoofing down the edge of the 18th fairway. I was so mortified I became short-of-breath and a little dizzy. I was convinced I was going to get kicked off the property and maybe banned from the Open for life. Imagine if King Louis had hit his shot and it doinked me, potentially costing him the Open and earning me an everlasting infamy. My gawd. Four years later I still wince at what might-have-been. But since no cameras were trained on the empty 17th green and all the focus had shifted to Spieth’s attempt to birdie 18, no one saw my blunder except the fans at 17. Blessedly, it never showed up on social media. Still, it remains one of the most traumatizing moments of my life.

Enough Lori Laughlin bashing. Who do you have to pay to get your younger brother into the CJ Cup? – @laz_versalles

We can only hope that Chase Koepka marries Dru Love’s sister so two great dynasties can unite and rule as one.

Bandon Dunes. Or Scotland, if you can swing it. Or, if you’re a real hero, copy my itinerary and head to New Zealand and Australia.

Why do you hate everything? – @MLawler34

I don’t! I’m a fundamentally happy person. I have a great life. The only time I’m ever grouchy is whilst tweeting about golf. I’ll work on that. 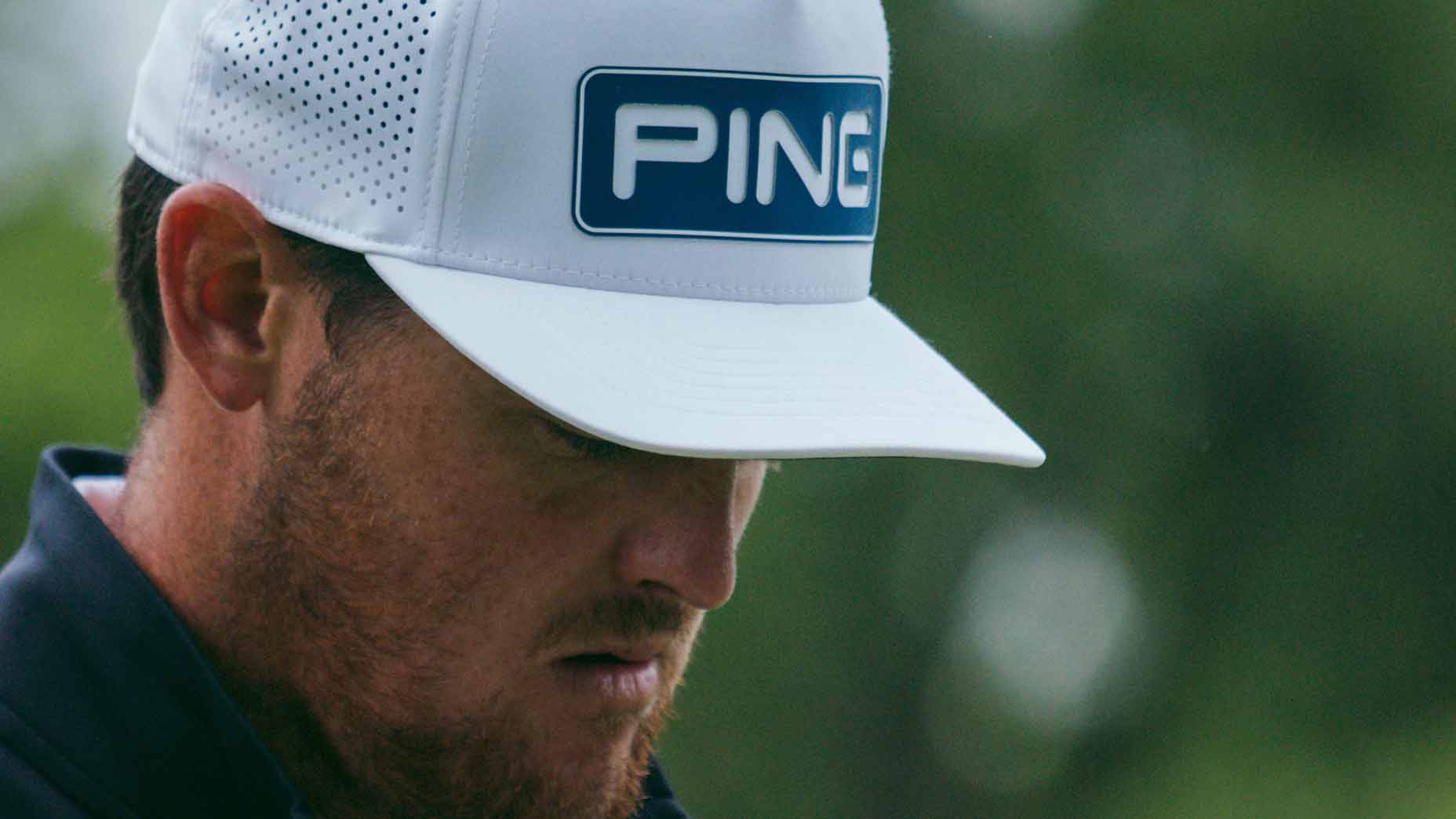