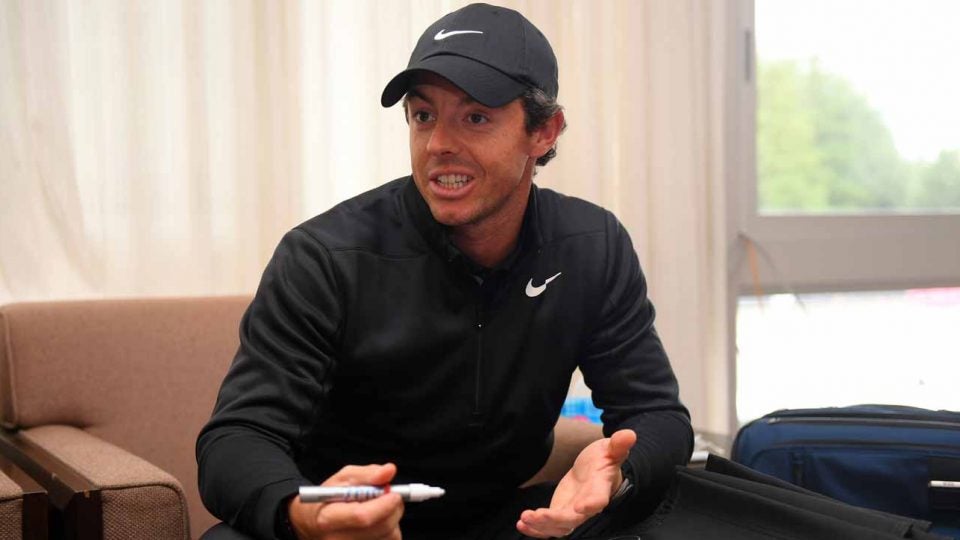 At last week’s CJ Cup, Brooks Koepka made several pointed remarks about his rivalry — or lack thereof — with Rory McIlroy. The two tangled down the stretch at the WGC-Memphis (Koepka won) and the Tour Championship (McIlroy won) and were the two clear favorites for PGA Tour Player of the Year (McIlroy won that, too).

But Koepka was dismissive of the idea and threw some shade in McIlroy’s direction in his answer. “I’ve been out here for, what, five years. Rory hasn’t won a major since I’ve been on the PGA Tour. So I just don’t view it as a rivalry,” Koepka told the AFP. “I’m not looking at anybody behind me,” he added. “I’m No. 1 in the world. I’ve got open road in front of me and I’m not looking in the rearview mirror, so I don’t see it as a rivalry.”

The comments raised eyebrows, including those of Golf Channel personality Brandel Chamblee, who called them “disrespectful.”

“I felt like … I think it’s hard,” McIlroy said. “We’ve all had it where we get asked in press conferences about other players. I’ve had it where it’s like, why are these guys asking me about someone else, are we not supposed to be here to be talking about me? And like, what Brooks said wasn’t wrong. He’s been the best player in the world the last couple of years, four majors.”

McIlroy was (unsurprisingly) less excited about the no-major shade thrown his way.

“I don’t think he had to remind me that I hadn’t won one in a while,” he added with a smile. “But I love Brooks, he’s a great guy and obviously super competitive like we all are. I guess I can see where he’s coming from; we’re out here, we can’t control anyone else, we just have to play our own golf. And look, I said a couple things after the Tour Championship that I approached that final round like a rivalry because he got one over on me in Memphis and I sorta wanted to get him back.”

At the time, McIlroy said he’d channeled some of Koepka’s closing style and played up the rivalry in his mind to help fuel himself. In short, he beat Brooks by imitating Brooks.

“I think if you take what Brooks said out of context then obviously it can become this big thing that it’s become,” McIlroy concluded. “But Brooks and I are good, we’re good friends and I’ve been really happy for him just to see how he’s played the last couple of years … We’re all trying to play as good as we can.”