‘This had to happen’: Why the AT&T Byron Nelson is leaving Trinity Forest after only a three-year run

The PGA Tour is moving the AT&T Byron Nelson out of Trinity Forest Golf Club after the 2020 tournament in May, ending a star-crossed three-year run at the Bill Coore-Ben Crenshaw neo-links course south of downtown Dallas

“I’ve been counting the days that this would happen,” Ryan Palmer, a Texas-born PGA Tour winner who lives in the Dallas suburbs, told GOLF.com.

“I may get in trouble for saying this, but there was no energy, no excitement, and no crowds to watch. We went from the No. 1 Tour event in excitement and charity giving to wherever we are now. This had to happen.”

Many factors contributed to the club’s demise as a Tour site, including unpredictable weather, a lack of shade, infrastructure and off-course hospitality venues, and a dearth of A-list players. All of that hurt the sponsoring Salesmanship Club of Dallas’ ability to raise funds for its charity, the Momentous Institute, which provides education and therapy services for local children and is the sole beneficiary of the event’s net proceeds.

Tyler Dennis, the Tour’s chief of operations, told the Morning News, that the Tour was evaluating other venues that would ensure a “premium fan experience.”

While the Tour has not yet selected a new North Texas site for 2021, the early favorite is a return to the TPC-Four Seasons Resort, which successfully played host to the event for 35 years.

Instruction
How should you tackle a drivable par-4? Trinity Forest has the answer

“We have never shut that door on the relationship,” said Maura Allen Gast, executive director of the Irving Convention and Visitors Bureau, which has been heavily involved in the event during its years in Dallas.

“We have said from the beginning we want what is best for the kids at the Momentous Institute and if that is the case we are happy,” Gast said.

Palmer supports the idea of returning the event to the recently renovated Las Calinas course at the TPC-Four Seasons.

“Just move it back to the Four Seasons and leave it there,” he said. “To look at the crowds and the people there, I wish I had a picture of the people there in our last year compared to Trinity Forest.”

The PGA of America is building two championship golf courses with architects Gil Hanse and Beau Welling in Frisco, just north of Dallas, but they will not be ready until at least 2022. 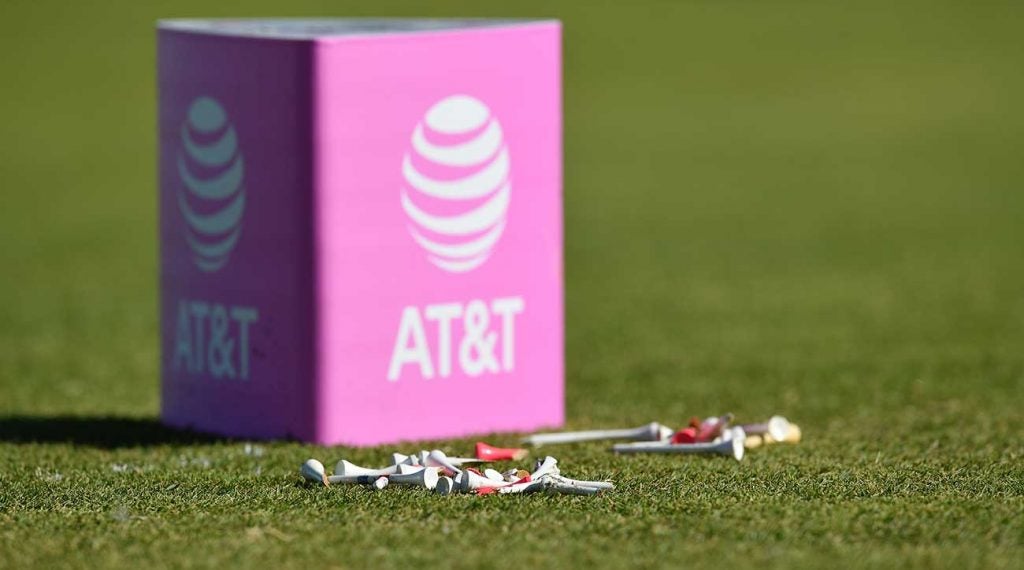 The AT&T Byron Nelson's move comes only a short time after it moved to Trinity Forest, but was no surprise to those around the event.
Getty Images

While the Salesmanship Club has run the tournament since 1969, using the namesake of local legend Byron Nelson, the date and authority to hold an event is owned by the PGA Tour.

The Tour informed Salesmanship Club and Trinity Forest officials in the fall that it was considering a course change, but a final decision was not made until last week.

“You know this doesn’t happen quickly, but it was finalized very recently,” a longtime Salesmanship Club member told GOLF.com.

Also uncertain is the status title sponsor AT&T, the prime corporation behind the move to Trinity Forest, which is close to its Dallas headquarters.

Unfortunate to see @dallasnews report that the Nelson is leaving Trinity Forest after just 3 years. Logistics there aren't ideal, and May in Dallas rarely equates to firm & fast. But golf fans are well-served when top players face outside-the-box venues like TF.

An AT&T spokesman told the Morning News that the company’s “commitment to the community and tournament continues today,” but also that its initial title sponsorship deal expires after the 2021 tournament.

AT&T is the largest sponsor in dollars on the PGA Tour with title sponsorships at the Byron Nelson and the AT&T Pebble Beach Pro-Am in February, plus a major TV sponsorship at the Masters in April.

The company used its considerable corporate leverage with the Tour to get the tournament moved away from the Four Seasons to Trinity Forest, a treeless design that opened in 2014 on City of Dallas land that was a former toxic landfill.

At the time Dallas mayor Mike Rawlins touted the project as a unique public-private partnership, but the name Tour players never came out, and the fans didn’t, either. The Salesmanship Club reported charitable donations dropped by more than half from what the Four Seasons event generated, down to less than $3 million a year.

“It’s all about the kids and what is best for the event,” he said.

The 2018 tournament was won by then-rookie Aaron Wise, with only four of the top 20 players in the world competing. Only two of the top 20, Dallas’ Jordan Spieth and Brooks Koepka, competed in the 2019 event won by Sung Kang. 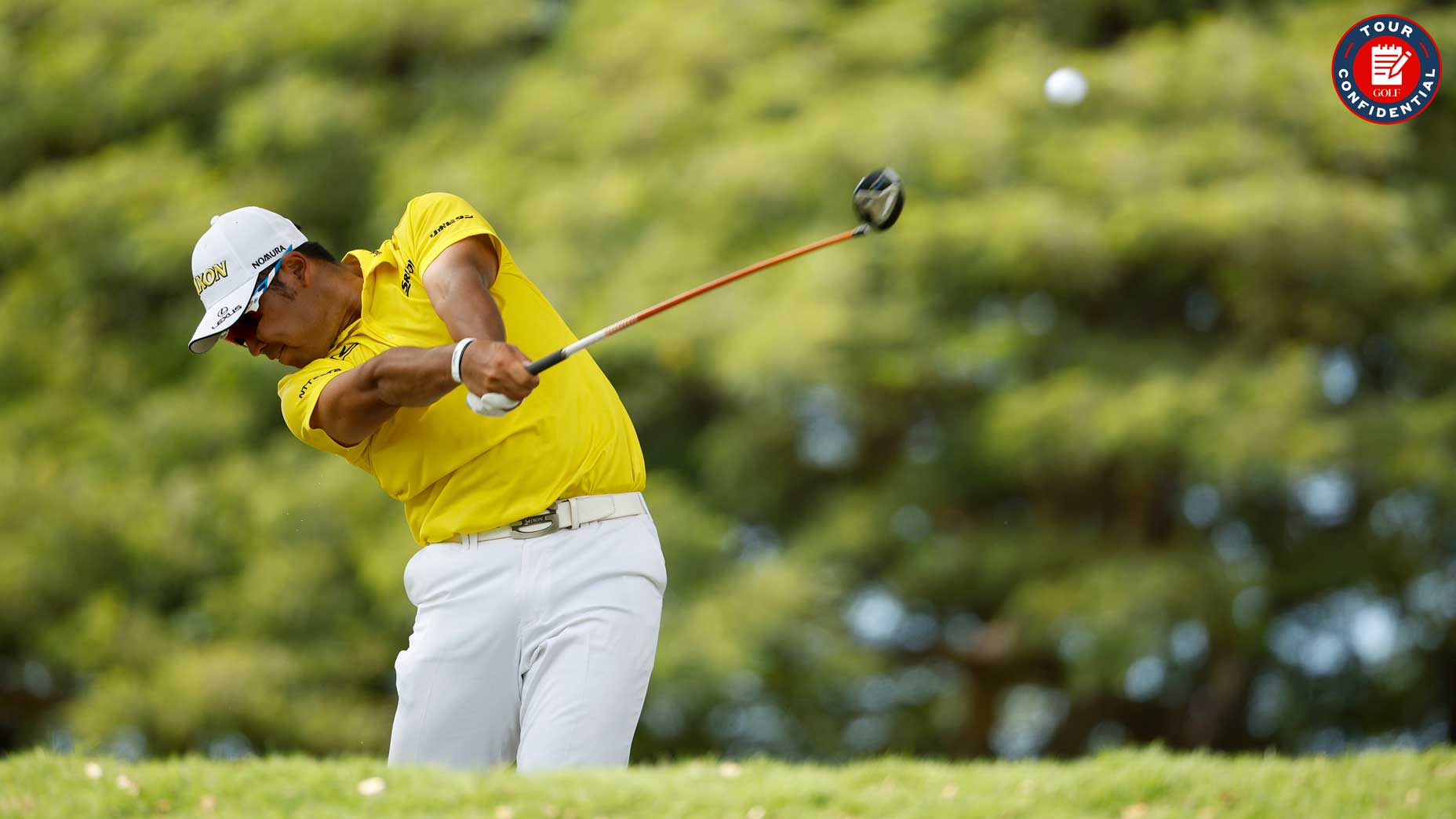 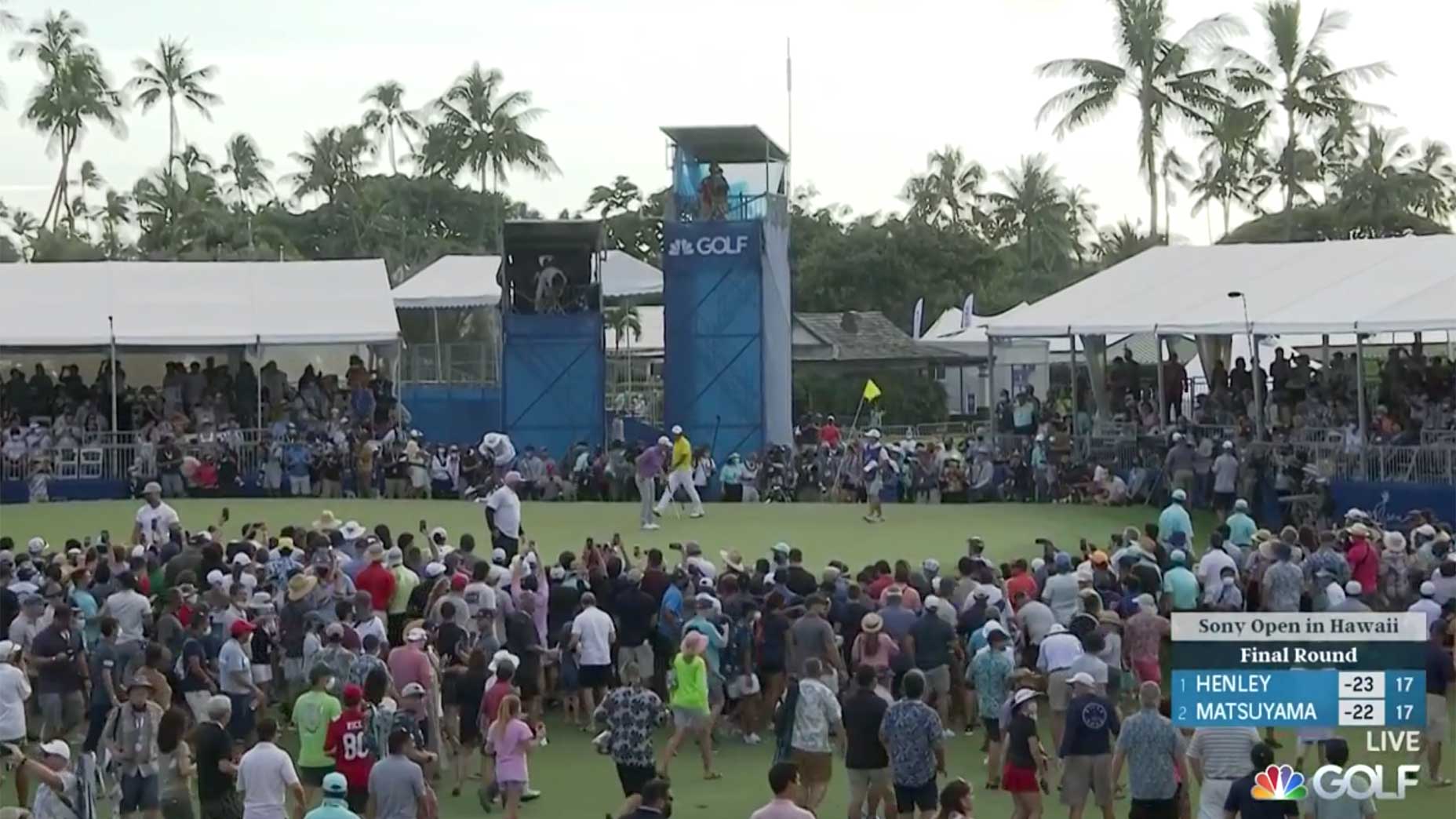 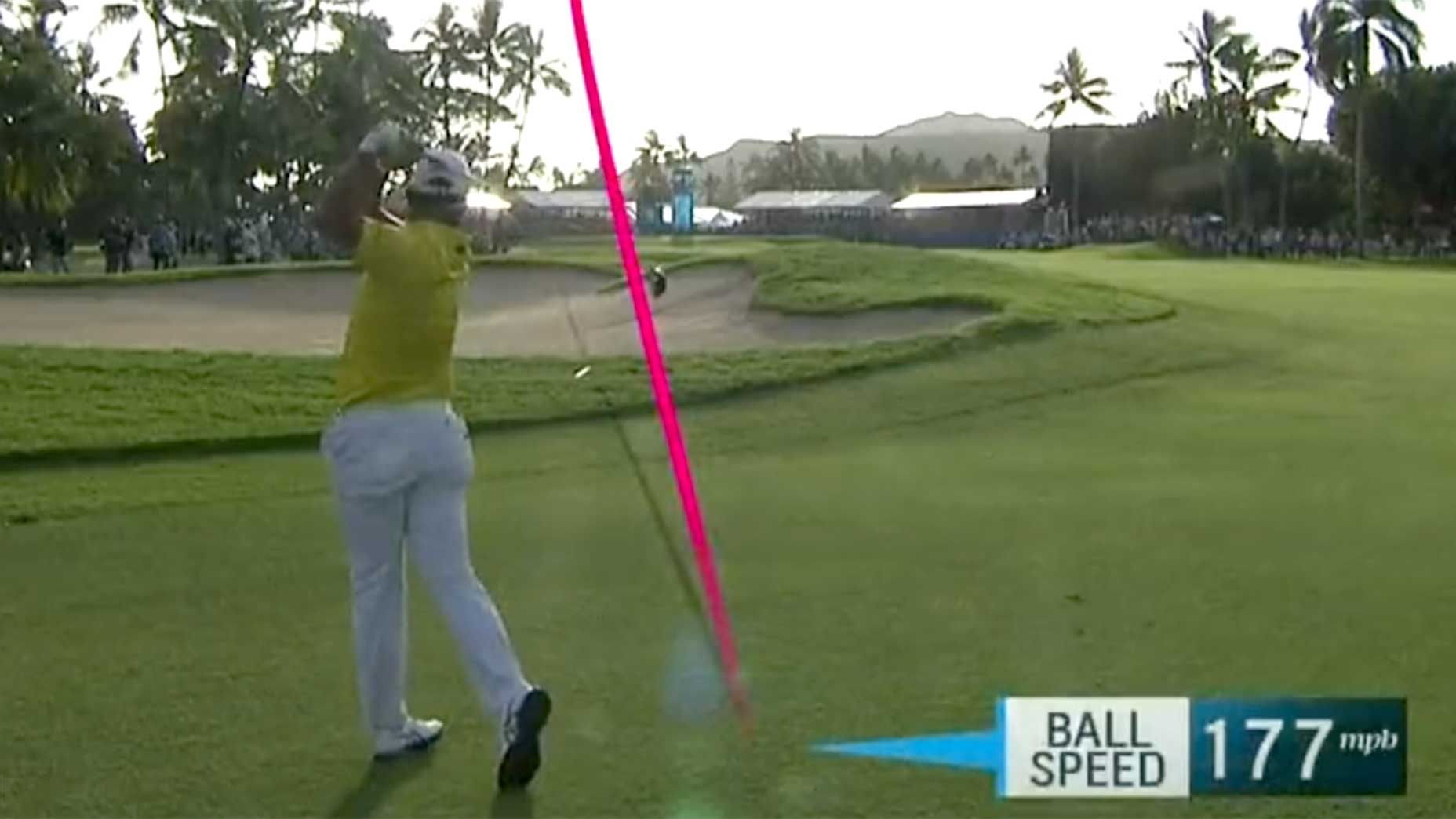 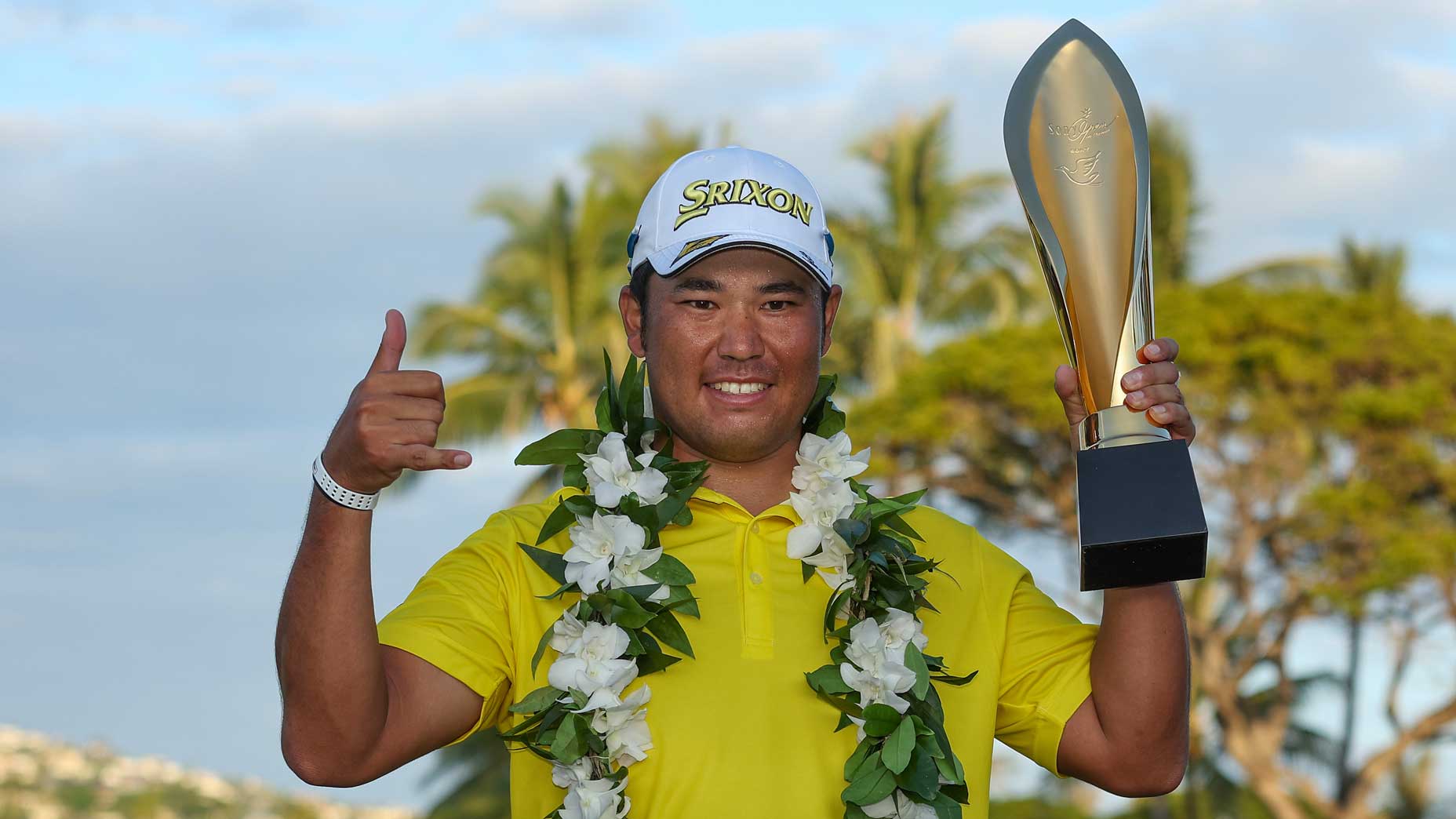