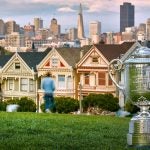 With grandstands filled with fans at this week’s PGA Championship at the Ocean Course at Kiawah Island, it’d be easy to forget the extraordinary circumstances that surrounded last year’s event.

The 2020 PGA Championship at TPC Harding Park was the golf world’s first major championship in 13 months, and came on the heels of a canceled Open Championship and severely delayed U.S. Open and Masters. It was hosted just as the sports world began to reawaken from a Covid-forced shutdown, and ultimately provided a grand reintroduction to major championship golf.

A jam-packed leaderboard filled the week at Harding Park, a municipal course in San Francisco. The early rounds were dominated by Bryson DeChambeau and Tiger Woods — the former’s driver-snapping madness perfectly juxtaposing the latter’s putter woes. But by the weekend, the conversation had shifted yet again. This time, Brooks Koepka and Dustin Johnson were at the forefront.

“I mean, I like my chances,” said the man with four majors to his credit. “When I’ve been in this position before, I’ve capitalized. I don’t know. (DJ’s) only won one. I’m playing good. I don’t know, we’ll see.”

By Saturday evening, even Rory McIlroy had jumped to Johnson’s defense.

On Sunday, the stage seemed set for a three-headed battle between DeChambeau, Johnson and Koepka. But as the tournament shifted to the back nine, a little-known youngster surged to the top of the leaderboard.

His name? Collin Morikawa — a 23-year-old who’d played his college golf at nearby Cal-Berkley — and he seemed entirely undaunted by the moment. A chip-in from the front fringe on the 14th vaulted him past a four-way tie at 10 under and into the solo lead, but the tournament wasn’t decided until the 16th tee.

On the short, drivable par-4 16th, Morikawa blasted his tee shot into a minuscule gap between a pair of bunkers and onto the green. A few minutes later, he drained the eagle for a three-shot lead.

Morikawa strolled home from the 16th to win the 2020 PGA Championship. The victory was the first of his professional career — evidenced by his hilarious Wanamaker Trophy blunder — and the first of the bizarre 2020 season.

“It’s amazing,” he said after the win. “It’s been a life goal, obviously as a little kid, kind of watching everyone grow up, all these professionals, and this is always what I’ve wanted to do. I felt very comfortable from the start. As an amateur, junior golfer, turning professional last year, but to finally close it off and come out here in San Francisco, pretty much my second home where I spent the last four years, is pretty special.”