Who didn’t make the European Ryder Cup team: 8 players who were passed up 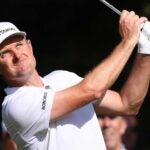 Justin Rose was likely among the players Padraig Harrington considered for a captain's pick.

Sergio Garcia never lost a limb. And neither did Ian Poulter. That was the easy part.

While Padraig Harrington may have had three captain’s picks for the European Ryder Cup team, if he was a man of his word (and we believe he is!), two were spoken for. Back in May, he told James Corrigan of the Telegraph that “It would be a very odd decision to overlook Sergio and Poulter, so that doesn’t leave very much does it? … Sergio will nearly need to lose a limb not to be picked, and Poulter is not far behind him.” And, sure enough, Harrington called the veterans’ names on Sunday to play in next week’s event at Whistling Straits in Wisconsin.

Here’s where it obviously got complicated.

Only one pick was left. And ahead of this week’s BMW PGA Championship, the last event to qualify for the team, Harrington said of his cupboard: “There’s certainly six that as it sits at the moment, there’s a few that could really push their position. Maybe even more than six.”

One we’d learn: Shane Lowry, named alongside Garcia and Poulter on Sunday. But who were the “more than six?” While Harrington will likely never share, here’s at least a few guesses:

In the same interview with the Telegraph, Harrington even mentioned Rose, and this may be the most glaring omission. And the five-time Ryder Cupper did himself no harm at the BMW, shooting rounds of 67, 68 and 72 before closing with a 65 to warrant consideration. Still, the former world No. 1 has not won since January of 2019 and has had just five top 10s on the PGA Tour over the past two seasons.

Ahead of the picks on Sunday, Rose said “you can only blame yourself if you don’t get in and don’t get picked.”

On points alone, Perez was next man in. In the European points standings, he was eighth (ahead of Victor Hovland, who plays more of a PGA Tour schedule), and on the world points list, he was 12th (ahead of Poulter). But since the WGC-Match Play at the end of March, Perez has had just two top 20s and five missed cuts.

Only 25, MacIntyre will make a few Ryder Cup teams before too long. Vice captain Graeme McDowell even said as much, telling the Courier: “Robert makes a lot of birdies. You know, he makes mistakes, like we all did when we were young. It is very hard to have the full, polished, finished article, but he is very close.”

Steady. Just not spectacular. Noren finished in the top 25 in 12 of his 25 tournaments last season on the PGA Tour. But had just three top 10s. And no wins. True to form, Noren finished 27th at the BMW.

Speaking of spectacular. Had Harrington wanted more energy for the room, he’d be hard-pressed to find someone with more jolt than Migliozzi. The Italian fist-pumped his way to back-to-back runner-up finishes on the European Tour in May, then tied for fourth at the U.S. Open.

Not only does this pairing make sense for the obvious reason — they’re identical twins! — but Rasmus and Nicolai Hojgaard won on back-to-back weeks on the European Tour ahead of the BMW.

One of the old guard

Why not the Ice Man, Henrik Stenson? Or McDowell or Martin Kaymer, two of Harrington’s vice captains? Each have played in multiple Ryder Cups, and each made the cut at the BMW.

Or why not Harrington himself? Though he has just one top 10 on the PGA Tour this season, it came at the PGA Championship, where he tied for fourth.