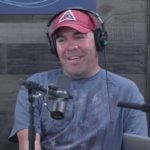 What's it like growing up at Augusta National? As great as you'd imagine.

When Craig Stadler won the 1982 Masters in a playoff, he claimed his first green jacket and only major title. He also unlocked the ultimate playground for his kids.

PGA Tour pro Kevin Stadler was two years old when his dad, Craig, won the Masters, so Kevin got to visit every year. He recently joined Colt Knost and Drew Stoltz on GOLF’s Subpar podcast to talk about what that experience was like. Hint: Unbelievable.

“One of my greatest ongoing memories when I was a kid was going back there every single year,” Kevin Stadler said. “When I was seven, eight, nine, 10, probably until high school, I went every single year to Augusta. It was sweet. It was the one place I made sure I was going to be at every single year from a really young age. That place is beyond words. It’s something special. It’s fantastic.”

He said every year when he left to fly back to San Diego, he was already looking forward to the next year. They’d rent a house and his dad’s friends would stay over, but the best part was young Kevin’s access to the course.

“I just kind of roamed free. I was a little golf nerd when I was a kid. I couldn’t get enough of going out and watching my dad play and watching other people play and just kind of roaming around,” he said. “It was a different time then. My dad was like ‘Yep, we’ll pick you up at 5 o’clock,’ regardless of when he played. He played at 8:30 and I’d go watch him and then I’d just wander around and watch all these other guys — just let loose inside the gates of Augusta as a little kid with a player-family badge, just going wherever the hell you wanted to. It was pretty cool.”

Kevin, however, didn’t get to actually play the course for the first time until he was in college, and he made the most of a rainy 40-degree January day.

Craig Stadler played in 38 Masters, his last in 2014, which also happened to be Kevin’s first year in the field. They became the first father-son duo to ever play in the Masters, and Kevin finished off what was a memorable week with a T8 finish, his best ever finish in a major.

You can watch the complete interview below.

What does Bryson DeChambeau think of accusations that he's 'breaking golf'?