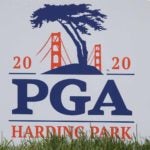 Here's how to watch all the action from The PGA Championship at TPC Harding Park, golf's first major in 2020.

For the first time in 13 months, golf is ready to host a major championship. The PGA Championship, golf’s first major, is set to begin from TPC Harding Park in San Francisco. Reigning champion Brooks Koepka is set to face off against the likes of Tiger Woods, Rory McIlroy, Jordan Spieth and newly minted world No. 1 Justin Thomas in pursuit of a third consecutive PGA Championship victory. Here’s everything you need to know about watching the event on TV.

What channel is the PGA Championship on?

This year’s PGA Championship heads to a unique venue, TPC Harding Park, a municipal course just outside of San Francisco. Because the tournament will be played on the west coast, viewers will get their first taste of primetime golf since last year’s U.S. Open at Pebble Beach. Players will be competing well into the evening for viewers on the east coast, giving the sport a rare opportunity to claim up the valuable post-dinner airtime.

The timing of this year’s PGA Championship wasn’t lost on CBS Sports chairman Sean McManus, who predicted record ratings for his channel’s coverage of the event this week. CBS has covered the PGA Championship for more than three decades, and Jim Nantz, Nick Faldo, Dottie Pepper and company will handle another year when the network takes over coverage this weekend.

ESPN will debut its PGA Championship coverage this week, handling the first half of the week’s coverage for the first time. Fans without a cable TV subscription can sign up to stream exclusive, all-access coverage of the event on ESPN+.

On Thursday and Friday ESPN will have Scott Van Pelt handling the broadcast before handing the reigns to CBS for Saturday and Sunday, where Jim Nantz will lead the booth.

The PGA is set to begin on Thursday, August 6 and will run through to Sunday, August 9.

TV schedule for the 2020 PGA Championship