WGC-FedEx St. Jude Invitational live coverage: How to watch the Final Round on Sunday 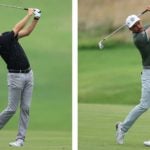 Brendon Todd and Rickie Fowler kept up their stellar play on Saturday.

The 2020 WGC-FedEx St. Jude Invitational moves to the final round on Sunday at TPC Southwind in Memphis, Tenn. Here’s everything you need to know to watch Round 4.

Previewing the WGC-FedEx St. Jude Invitational the Final Round

Brendon Todd continued his surgical dissection of TPC Southwind during the third round as he posted 69 to take a one-stroke lead into Sunday. Todd last held a 54-hole lead at the Travelers Championship earlier this summer, although he faltered on Sunday to fall into a tie for 11th. He enters the final round looking for his third victory on the season and his first ever WGC title.

Just behind Todd is Byeong Hun An, who shot a third-round 66 to climb within striking distance of the pace. An closed with four birdies over his final six holes to punch his ticket in the final pairing.

The penultimate pairing will feature Rickie Fowler, who shot one-under and sits two shots back, and Brooks Koepka, who bounced back after a lackluster Round 2, carding five back-nine birdies and getting to nine-under, three shots behind Todd.

Golf Channel will cover early coverage of the WGC-FedEx St. Jude Invitational from 1-3 p.m. (ET) before ceding coverage duties to CBS for the afternoon coverage from 3-7 p.m. (ET).

You can catch the early final round Golf Channel broadcast on golfchannel.com. Fans can also view Featured Group coverage of the opening round all day Sunday via PGA Tour Live, though you will need subscriptions to access both options. If you have a cable subscription, you can also catch the CBS sports simulcast on CBSSports.com from 3-7 p.m. (ET).