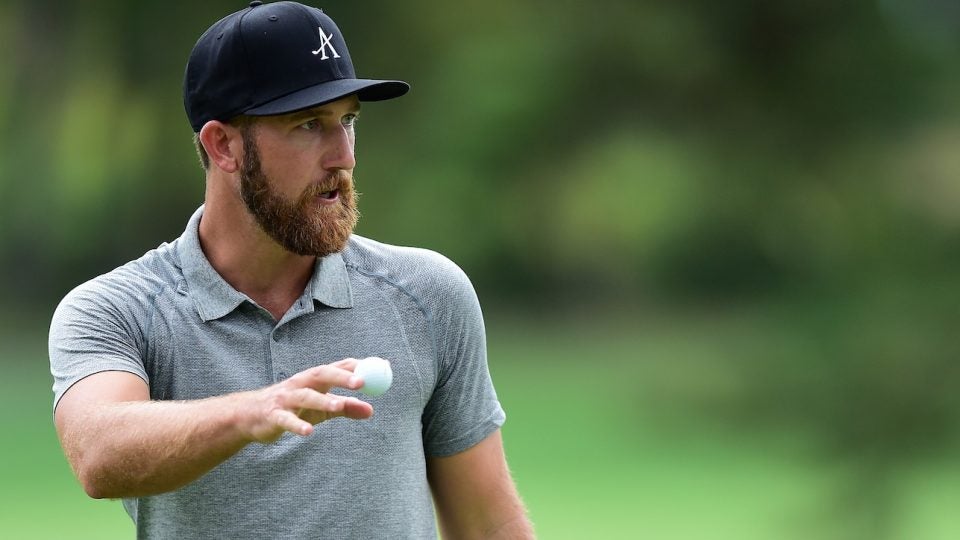 Kevin Chappell ran out of "fresh" Titleist Pro V1's during the second round.
Getty Images

Countless players on the PGA Tour are superstitious. For example, Justin Thomas has three ball markers he rotates on a regular basis depending on how the round is going. It’s not something Thomas has to worry about during the course of play — when things start to go sideways, he simply pulls out a different marker and starts fresh.

This differs greatly from Kevin Chappell’s superstition, which requires him to carry an ample supply of Titleist Pro V1s when he’s piling up the birdies. After every circle he adds to the card, Chappell will replace the “birdie ball” with a fresh pellet.

Why? Because Chappell believes a ball has only one birdie in it.

Most weeks, this isn’t an issue. But on Friday at the Greenbrier, things got interesting for Chappell following his 11th birdie of the round. Chasing a sub-59 round, Chappell reached into his bag on No. 8 — his 17th hole of the round — only to realize he was all out fresh balls.

“We ran into a problem here,” Chappell said after the round. “That could be why I didn’t make the putts on the last few holes. When I made birdie, I reached in there on 8 tee and there was no more balls in the new ball pile.”

Not good. Without a new ball at his disposal, Chappell wound up reusing one of the old birdie balls.

“Reused a ball on 8 and didn’t like the way that went,” he said. “I put that back and reused a ball on 9. My whole thing was I would never bring out more balls than birdies I’ve made in a round.”

Chasing the elusive 58 — a score only Jim Furyk has recorded on the PGA Tour — Chappell would go on to finish par-par to shoot 59.

It sounds crazy to blame a silly superstition on the vanilla finish. Then again, Chappell was 11 birdies deep before the golf ball issue reared its ugly head. Next time he should consider carrying a full dozen, just in case.

It’s not uncommon for a Tour player to use a slightly softer shaft flex in their wedges. The shaft can improve feel and add a lower, more controlled flight in the scoring clubs — something elite players tend to prefer. Unless you’re Joaquin Niemann.

The newly minted Tour winner goes the opposite route with a softer Project X 6.0 shaft in his Ping iBlade irons and a 6.5 flex in the wedges. According to Ping Tour rep Kenton Oates, Niemann found an ideal flight and feel by beefing up the flex with a stock 6.5 that allows him to lower launch and maintain a playable spin rate.

Bryson DeChambeau’s search for a suitable wedge setup has been well documented in this space. Until recently, DeChambeau had spent countless hours working with different wedges to rectify the situation. With launch season mere months away, DeChambeau opted to change a different variable: the golf ball.

According to a Bridgestone representative, DeChambeau recently tested a Bridgestone Tour B X Prototype ball at Dallas National and picked up an additional 750 RPMs of spin on shots around the green. He also saw a more consistent launch with the prototype, which is likely very close to the Tour B X model Bridgestone is slated to release in 2020.

DeChambeau’s ball hit the conforming list the week of the Greenbrier, a sign he was likely chomping at the bit to put it in play during the Fall portion of the season.

For Duf use only

Jason Dufner’s run with LA Golf’s OLYSS 65 Tour X prototype driver shaft last season turned out to the beginning of some detailed discussions between the major winner and John Oldenburg, LA Golf’s chief product officer, regarding a graphite 4-iron shaft that recently surfaced at the Greenbrier.

Hoping to find a shaft that would get the ball in the air easier with similar spin and distance to the True Temper Dynamic Gold Tour Issue AMT S400 he was using at the time, Oldenburg designed a prototype graphite iron shaft for Dufner. 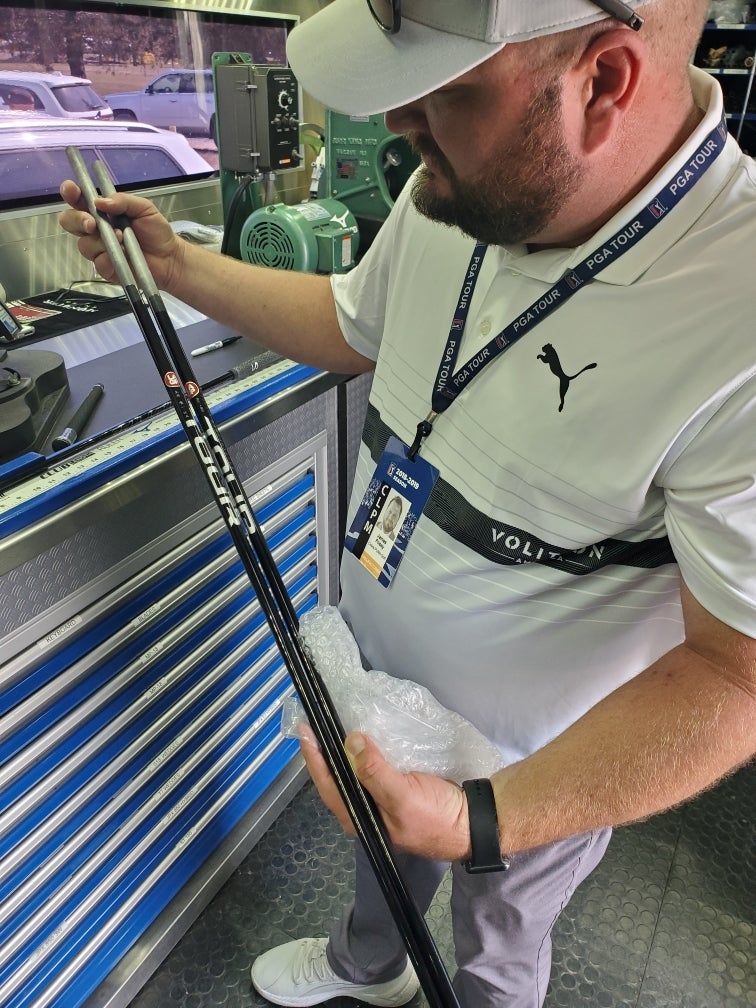 According to LA Golf Tour rep Joe Miera, the prototype is 125 grams with 1.3 degrees of torque. The lower torque helps keep control in check while a more active (softer) tip increases launch angle. The shaft also has a higher balance point so more weight can be added to the head to increase mass behind the hitting area at impact for additional ball speed.

Dufner added the shaft to his 22.5-degree Cobra King Utility 4-iron at Greenbrier. If you want to know how rare Oldenburg’s creation is, he reportedly only made four shafts, with three of them going to Dufner.

Kevin Chappell may be the only player on Tour with a onesie collection. When you collect something so outlandish, it only seems right to have “onesie” stamped on the putter. TaylorMade Tour rep Chris Trott added “onesie” to the sole of Chappell’s first custom Mullen mallet.

When Chappell recently switched to a second iteration of the mallet with more offset, Trott had to change it up. So he stamped it “twosie.”

After 9 months off the goal for my equipment was to find the 14 best clubs for me. Yes there are lots of changes from the last time I competed, but some things don’t change. @nikegolf always has me looking fresh. Also @titleist continues to make the best ball in golf and for me. #2.0