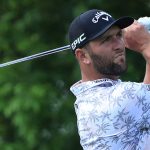 Jon Rahm hits a tee shot during the Memorial earlier this month.

His history at the course isn’t terrific! But his history in the city is. Phil Mickelson was born and raised in San Diego!

Of course, we were telling ourselves these things at the PGA. Then he won.

Did he catch lightning in a bottle? Or is he catching fire? Wondering which Mickelson will show up? We can help. First, we answer that exact question. Then, members of our staff have each made a to-win bet using odds from DraftKings to help you with your own weekly picks, whether those are for a low-stakes office fantasy league, (legal!) big-bucks bets with a sportsbook or through free-to-play Chirp Golf, an app from our 8AM Golf affiliate partner that is available in the App Store and at Google Play.

On to the analysis — and info on how to bet for free.

Why Phil Mickelson will win the U.S. Open?

Nick Piastowski: I really do believe there’s something there with his focus techniques. Mickelson just seemed different all week at the PGA. He cleared his mind. Then played out of it. Why can’t that continue just four weeks later?

Josh Sens: Because no one in their right mind should expect him to, and Phil has a knack for upsetting expectations.

Jessica Marksbury: If there were ever a year for the stars to align for Phil to win a U.S. Open, this is the one. Not only is the championship being played in his backyard, on a course he knows intimately (and where he’s won three times), he’s also coming off one of the most improbable major wins in history with his victory at Kiawah Island’s Ocean Course. You simply couldn’t write a better script. It’s gotta happen!

Nick Piastowski: In GOLF.com’s Tour Confidential this week, executive editor Alan Bastable said it best here: “Whenever there are expectations around Phil, he tends to underperform. The reverse is also true. This is why he will likely miss the cut at Torrey — and then win another Masters when he’s 60.”

Josh Sens: Because Torrey is not Kiawah; Phil’s craft and creativity won’t get him as far this week. And because what goes up must come down. After that historic win at the PGA, it’s only fair to expect a letdown.

Jessica Marksbury: The reason why Phil won’t win the U.S. Open this year is the same reason why he has yet to lay claim to our national championship: It’s really, really hard. Phil has come so excruciatingly close. Six times a runner-up! Phil is outrageously talented, but he’s also about to turn 51. Winning a U.S. Open when you’re Champions-Tour eligible is asking a lot. The oldest U.S. Open winner, Hale Irwin, was a spry 45 when he won in 1990. While I’d love nothing more than to watch Phil win an Open, the realist in me insists that ship has sailed.

To-win: Webb Simpson, +5,500. Shows up at virtually every major, but especially the U.S. Open, where in his past three starts he’s gone T10, T16, T8. Webb will finish his career with at least two major titles — might keep picking him until he proves me right.

To-win: Collin Morikawa, +2,550. In form and an absolute lethal ball-striker. Let’s see if he can get streaky with his putter.

To-win: Xander Schauffele, +1,500. I’m not sure I believe it. In fact, I’m fairly sure I don’t believe it. But somebody has to keep the mantle of picking Xander to win in every major, and it might as well be me, with the X-man at his home course.

To-win: Will Zalatoris, +4,650. A quick scan of the clumped odds reveals that Vegas is just as confused about who is “supposed” to win this as we are. But Zalatoris is way too far down the odds sheet, so grab him at this price — while you can.

To-win: Jon Rahm, +1,050. I know, I know, picking the favorite isn’t very original. But hey, give me a player more likely to pull it off this week! Rahm was on fire before Covid stymied his run at the Memorial, and he’s won at Torrey before. The one-two punch of comfort on the course and a desire for retribution should prove pretty potent this week.

To-win: Scottie Scheffler, +3,500. Since the beginning of 2020, no one — not DJ, not Brooks, not JT — has a lower cumulative score to par than Scottie Scheffler. He’s 18 under in majors since his T4 finish at the 2020 PGA Championship, and his worst finish in that time is T19 at the Masters. I know he’s yet to win on Tour, but Scheffler is about as “due” as one can be.

To-win: Brooks Koepka, +1,900. I’m likely making this pick for every major going forward for the next decade. I have little reason to believe otherwise. He loves that edge — and now he’s got a whole month’s worth of tweets to back up. Koepka wins. Maybe easily.

To-win: Tony Finau, +2,200. Finau always seems to raise his game during major weeks, but he never quite gets the job done. While scrolling through Instagram this morning, I came across a video of him singing 2Pac’s “California Love” en route to Torrey Pines. He was free flowing, and I’m taking that as a sign he’ll be free swinging this week. That’s right, I’m basing my pick off what my gut told me after watching Finau do his best 2Pac impression. Toss up the W for the West Coast and a Finau win this week.

To-win: Collin Morikawa, +2,500. A California kid, playing on his home turf, Morikawa is also an astounding model of consistency who has now made the cut in 43 of his 49 starts on Tour while finishing in the top 10 in nearly a third of those appearances. Putting has been a relative weakness. But Torrey’s greens are hardly complex by U.S. Open standards. Not taking Morikawa to be in the mix makes little sense.

To-win: Will Zalatoris, +4,650. Willy Z has finished tied for sixth (2020 U.S. Open), second (2021 Masters) and tied for eighth (2021 PGA Championship) in his past three starts at the majors. As he continues to get comfortable playing in major championships, it feels like a matter of time before he ends up winning one. Why not the U.S. Open at Torrey Pines?

To-win: Webb Simpson, +6,000. This week is going to be a grind, and few know how to handle a U.S. Open setup better than Simpson. Gimme one of the best putters in the world.

To-win: Brooks Koepka, +1,800. I vowed after Kiawah that I’d pick him to win every major for the next year. Here we are.