Tour Confidential: Who will be the breakout star of 2019?

Check in every Sunday night for the unfiltered opinions of our writers and editors as they discuss the hottest topics in the sport, and join the conversation by tweeting us @golf_com. Tonight we discuss the next big things in the sport, Tiger Woods’s schedule, the spookiest things in golf and more.

1. Cameron Champ and Norman Xiong, labeled by many as stars in the making, made headlines at the Sanderson Farms Championship. The 19-year-old Xiong and long-hitting Champ, 23, were tied after 36 holes, but Champ pulled away on the weekend and outlasted Corey Conners to win on Sunday. These two are just a couple of the young, bright players in the game, so we ask, Who is the breakout player of 2018-19?

Dylan Dethier, associate editor (@Dylan_Dethier): I continue to be blown away by Champ’s game and think he’s far more than just “check out this guy’s swing speed.” I think he’s well-suited to contend at Tour stops that allow for some sideways misses (which, frankly, is quite a few of ‘em). But you can’t go wrong with Xiong, either…expect to see plenty of both these guys. Nor should we overlook 20-year-old Nelly Korda, who had her own coming-out party Sunday in Taiwan.

Josh Sens, contributing writer (@Josh_Sens): I walked alongside Champ when he was paired with Steph Curry at the EllieMae this past year. The sound his drives made at impact are still echoing in my ears. But I was also impressed by his composure in the Curry-fueled frenzy. There was some Koepka-esque stoicism to him. And the physical game he plays is exactly the type of game the modern Tour favors. We’ll be talking about him a lot this year.

Jeff Ritter, digital development editor (@Jeff_Ritter): Champ has both the game and the name. I first met him at the 2017 U.S. Open, when he flashed on the leaderboard and came away impressed. He’s soft-spoken, biracial, and possesses the most marketable last name in golf. Also, math is not my strong suit but I think he’s hitting it a full standard deviation beyond everyone else. Is that the right use of standard deviation? It doesn’t matter. He’s arrived.

Ritter: I’ll return to my lane for the rest of this discussion.

Alan Shipnuck, senior writer (@AlanShipnuck): How about that bomb Champ made on 16, or that recovery shot on 18? Clearly the kid can do more than just smash it. Can’t wait to see how he builds on this breakthrough.

Michael Bamberger, senior writer: By breakout, we mean somebody who will win multiple times, contend in majors, maybe win one? I’d look to Daniel Berger, Gary Woodland and (maybe because I’m a new fan) Harold Varner.

2. Patrick Reed, speaking to reporters at the WGC-HSBC Champions in China, said “I don’t know” when asked who his ideal Presidents Cup partner would be. For what it’s worth, Reed and Jordan Spieth are 4-0-1 as Presidents Cup teammates. Fast forward to December 2019 and the Presidents Cup in Melbourne, Australia, and would you put Reed and Spieth back together or has that ship sailed? And if not Spieth … who?

Dethier: Hey, their partnership was already built on a bit of an odd dynamic — Reed once summed up their team strategy as this: “I’m going to go out and try to beat him on every hole.” That worked out pretty well for ‘em. In hindsight, JT-Tiger and Reed-Spieth would have made more sense, and could still happen in 2019. But you have to wonder if, deep down (or not so deep?) captain Woods is hoping his 2018 Ryder Cup partner doesn’t make the 2019 squad.

Sens: And if he does, maybe Woods can make Voldemort a captain’s pick so he has someone with a similar reputation to put with Reed.

Ritter: I suppose you could put Spieth and Reed together at the Prez to mend fences and get them on course for the next Ryder Cup. But what if that dysfunction not only fails to win points, but also permeates the team and — gasp! — leads to a Presidents Cup loss? Captain Woods will have some tough choices next year.

Shipnuck: Suddenly this Presidents Cup is much more intriguing, especially since it’s Tiger (of all people!) who has to clean up this mess. Bubba could be a short-term solution – both he and Reed are so socially awkward they might make a perfect pair. No doubt they’ll be put in the same corner next to each other at future Masters champions dinners. But as much as we’re enjoying the melodrama the Reed factor has to be addressed or it threatens to pollute the entire U.S. Ryder Cup effort. Expect a lot of the Task Force regulars to have skull sessions on how best to massage this situation.

Bamberger: There’s no reason he and Spieth can’t continue to be effective partners. Really. They’re cut from the same cloth. They’re not going to let some newspaper quotes get in the way of winning.

3. ESPN’s Bob Harig wrote a story predicting what events Tiger Woods would (and should) play next season. What do you think? Should Woods consider skipping any WGCs or other big non-majors to stay rested and healthy for the entire season?

Dethier: I doubt we’ll see him at the Valspar again, but other than that I’d tell Tiger to play a relatively full schedule. We didn’t see him road-weary until the back-to-back grind of the playoffs/Ryder Cup. With one less playoff event, the PGA’s move to May and the Presidents Cup in December, that won’t be the same issue. Tee it up, Tiger!

Sens: By any measure, last year was a runaway success. I don’t know why he wouldn’t repeat the formula, barring any physical setbacks. The fact that those can happen at anytime, anywhere only underscores the point. Time is short. Carpe diem. He ain’t getting any younger. He should tee it up whenever he can, until his body tells him otherwise.

Ritter: Tiger didn’t seem worn out until he got to the Ryder Cup. This year he can play all the WGCs, so I’d expect a few tweaks from last season — and like Dethier said, probably no Valspar. Tiger played 18 events last year, including the Hero, and I’d expect something close to that number again in ‘19.

Shipnuck: It would be awesome if Tiger went to a handful of new tournaments as a kind of victory lap and thank you to the fans — after all, Steph Curry and LeBron James have to play in every NBA city, whether they want to or not. But Tiger is a creature of habit so expect the usual from him.

Bamberger: Bob Harig has more insight into Tiger and how he thinks than anybody since Jay Brunza. I do think Tiger will play fewer events every year for the next several years, trying to figure out the formula that gives him the one thing I imagine he still really craves: contending in majors. To win one, he’ll likely have to contend in three or four. For that to happen, he needs fewer events. I also think his schedule will become only more entwined with his kids’ school vacations.

4. The new revamped formula for the LPGA Q-Series just started, and it’s 144 holes in consecutive weeks. The Tour’s explanation? Its website says, “In the past, Final Stage was at one golf club, played over five rounds. Someone could have a bad week or catch the flu or experience the yips on the greens. It’s a roll of the dice. One tournament over five rounds doesn’t adequately provide the best glimpse at who should be on the LPGA.” Is 144 holes warranted or excessive?

Dethier: If the goal is to simulate the relentlessness needed to tackle a pro golf career, I guess this is effective? But it’s definitely weird to have 144 holes of stroke play when that’s a format players will never play on Tour. On the other hand, one bad round won’t derail dreams in quite the same way, with plenty more time to recover. I guess larger sample sizes are good, so even though it’s weird, I’m keeping an open mind.

Sens: I preferred it as it was. There’s of course some random cruelty to everything boiling down to such a narrow window, but that’s golf. It can be cruel, and figuring out how to peak at the right time is one of the requirements for success.

Ritter: Can’t even imagine playing 144 holes under that kind of pressure. It’s excessive…but for those of us watching, kind of entertaining?

Shipnuck: It’s absurd, and possibly inhumane, so of course I love it. 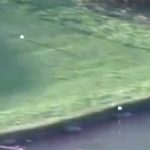 5. The newest PGA Tour winner, Cameron Champ, broke his driver less than 30 minutes before the start of his final round on Sunday. Luckily for him he still won by four. What’s the worst club for a pro to break or have to replace minutes before a tee time?

Dethier: Common sense would dictate the putter. Driver specs can be mimicked with a high degree of exactitude, but a pro’s relationship with his putter dives further into the metaphysical. But it seems like we’ve had plenty of these last-minute change success stories — more often than not, no big deal.

Sens: The putter. It’s the whole Billy Baroo thing. The golfer’s psychological and emotional relationship with that club is just somehow different than it is with the others.

Ritter: Yeah, probably putter, but driver might be second-worst, especially if you’re using it on the tee on the first hole. Lots of demons can start floating around between the ears on that first shot…

Shipnuck: A guy like Champ uses his sand wedge a heckuva lot, and they’re pretty specific, too. But I agree with the above.

Bamberger: Putter, for sure, followed distantly by whatever club you’re going to hit the most off the tee.

Sens: Dang. Took my answer. But next up, for me at least, is seeing a video of one’s own swing.

Ritter: A greenside bunker shot with a pond lurking beyond the flagstick.

Bamberger: Seeing the verbatim transcription of my idiotic questions.