Tiger Woods says he’ll wake up at 2 or 3 a.m. for Sunday tee time

When Tiger Woods heard that Sunday morning’s Genesis Open tee times were starting at 6:45 a.m., he wasn’t happy. “I don’t know why they’re going earlier, it’s not even going to be light yet,” he said after wrapping up play Saturday evening. “I’ll just have to deal with it.”

But then, when asked on Golf Channel what time that would require him to wake up, Woods dropped the real bombshell. “Two or three,” he said, “to start the process.” Yes, that would be 2 or 3 a.m., local time, as in four or more hours before his tee time. “It’s going to be a long one,” he said. “Last couple days, it’s definitely testing the body.” 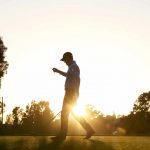 You may also like 2019 Genesis Open: Sunday final round tee times, TV listings, how to watch

Despite the early wakeup, there’s plenty of reason for Woods to be optimistic. After making the cut by just a single shot, Woods got off to a wild run Saturday evening, starting birdie-eagle-birdie-birdie. Seven holes in, he has the lowest third round on the course and has surged to six under par.

Of course, Woods isn’t the only one with an early wakeup. Justin Thomas, the leader at 13 under, counted back the steps from teeing off to waking up and settled on 4:15 a.m. But still, the leader kept perspective. “I wouldn’t trade with anyone for the world,” he said.