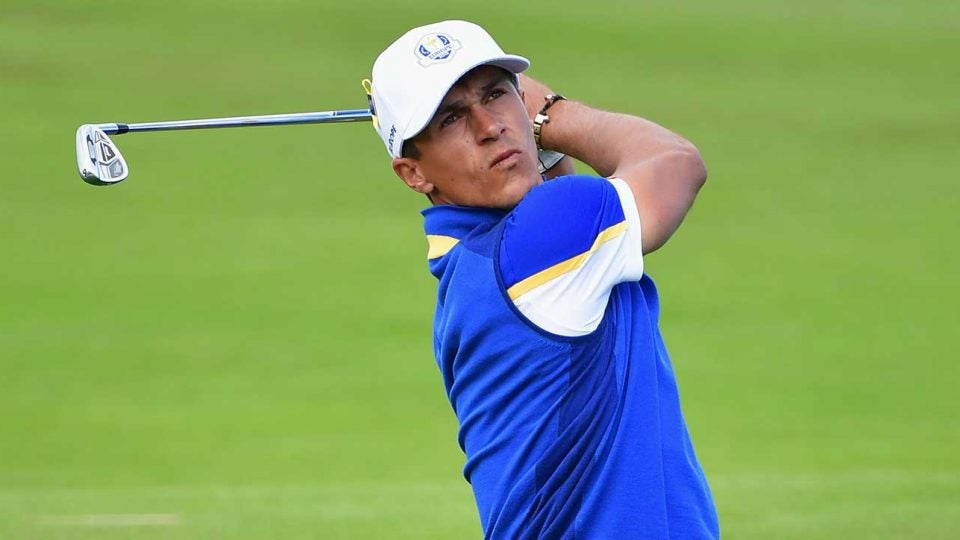 According to The Sun, Olesen, 29, who finished 27th at the WGC-FedEx St. Jude event in Memphis last week, was arrested at London’s Heathrow Airport on Monday for allegedly molesting a woman on the flight and verbally abusing passengers and crew. An eyewitness told The Sun that Olesen also urinated in the first-class aisle.

The Met Police confirmed to The Sun that a 29-year-old man was arrested on “suspicion of sexual assault, being drunk on board an aircraft and failing to comply with the orders of cabin crew.” Police said he was subsequently released under investigation.

Olesen’s management team has not immediately responded to GOLF’s request for comment. A spokesperson for the European Tour told GOLF.com: “This is an active police matter and therefore we have no comment.”

The Sun reports that British pro Ian Poulter was also on the flight and tried to placate Olesen when he engaged with other passengers but that Poulter was sleeping when the alleged sexual assault occurred. Poulter’s agent, Paul Dunkley, told The Sun that Poulter helped calm down a “slightly intoxicated” passenger. “He then went to sleep and the first he knew of anything else was when the police were waiting at Heathrow,” Dunkley said.

A British Airways spokesman said: “Our customers and crews deserve to enjoy their flights, and not to suffer any form of abuse. “This sort of behaviour will not be tolerated, and the appropriate action will always be taken.​​”

Olesen, ranked 62nd in the world, has made eight cuts in 11 starts on the PGA Tour this season and has one top 10. In June 2018 he won the European Tour’s Italian Open. He made his Ryder Cup debut at Le Golf National in Paris last fall, finishing with a 1-1 record that included a 5-and-4 victory over Jordan Spieth in Sunday singles as the Europeans won on home soil.

How to watch the FedEx St. Jude Championship on Friday: Round 2 TV schedule, streaming
Go to mobile version