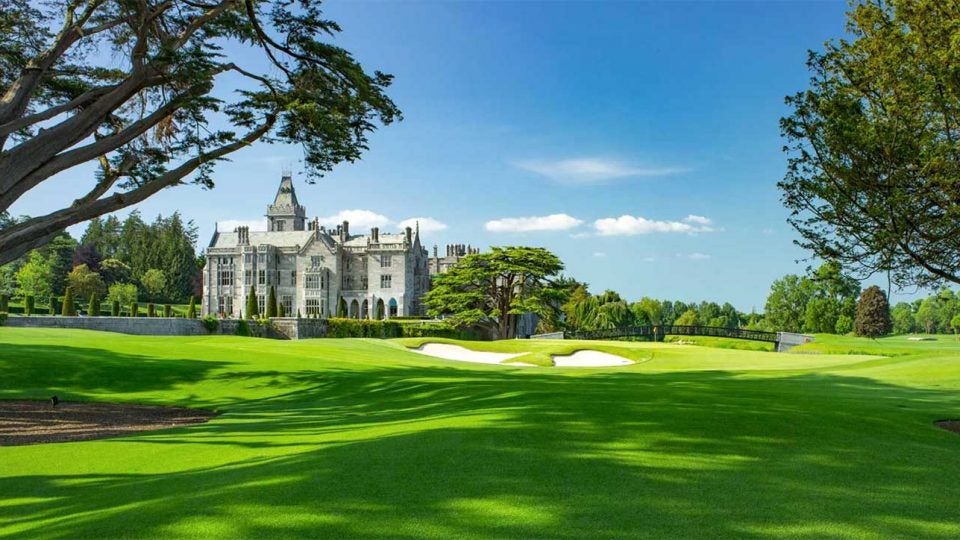 “We are delighted to announce the 2026 Ryder Cup will be staged in Ireland at Adare Manor, which is a world-class venue, both in terms of the golf course and the wider resort facilities,” said European Ryder Cup Director Guy Kinnings.

In addition to the long history of Irish players’ success on the European Ryder Cup team, Kinnings said, “the fact that Irish golf fans are rightly recognised as some of the most knowledgeable and passionate in the world, as was shown during Shane Lowry’s emotional Open Championship triumph at Royal Portrush on Sunday, there was no question in our minds that the time was right.”

Travel
‘The Augusta of Ireland’: An inside look at Adare Manor

Adare Manor is in Adare, County Limerick, in western Ireland, and was purchased by businessman J.P. McManus in 2015. (Tiger Woods, among others, has also played there in the J.P. McManus Invitational Pro-Am in previous years.) Tom Fazio redesigned The Golf Course at Adare Manor, and in 2018 Rory McIlroy, Shane Lowry, Padraig Harrington and Paul McGinley were on hand to play in a charity match celebrating the course’s re-opening.

“Over a two-year reconstruction period the Fazio Design team established a 7,509-yard championship golf course created to the most exacting of standards with the goal of establishing the course amongst the world’s best and hosting the world’s most prestigious events,” said a release announcing the re-opening last summer.

This is the first Ryder Cup to come to Ireland since the K Club became the first Irish venue for the event in 2006.

Next year’s Ryder Cup is at Whistling Straits in Wisconsin, followed by Marco Simone Golf and Country Club in Rome, Italy, in 2022, and Bethpage Black in 2024. The 2026 spot was previously open, while 2028 is scheduled for a return to Hazeltine in Minnesota.