A definitive ranking of all 24 Ryder Cuppers, from worst to first

SAINT-QUENTIN-EN-YVELINES, France — Let’s start with one caveat: Yeah, these guys are all good. Now that that’s out of the way, let’s dive into just how good they are compared to one another. Which ones would you want on your squad the most this week? That’s right: it’s time to rank the 24 Ryder Cuppers, from worst to first.

This week in Atlanta, Mickelson beat zero golfers and finished 24 (!) shots behind Tiger Woods. Twenty-four. That’s three shots a side. Mickelson’s season started off hot and cooled from there, winning in Mexico and not contending since, buoyed only by a brief Twitter-joining boost. But Phil always zigs when you expect him to zag; who’s to say he won’t turn on the jets in France?

Coming off three MCs in five starts, Sergio seemed a lock to finish in the basement on this list. But a couple weeks away from the game — and perhaps a strong desire to justify his captain’s pick — catapulted him to an impressive T7 at this week’s Portugal Masters. That’s a step in the right direction.

This Danish dandy hasn’t missed a cut in months, since…the French Open, held at Le Golf National, the site of this week’s Ryder Cup. Add that to the fact that he has the worst world rank of anyone in the field and you can paint an ugly picture of his prospects. But a win at the Italian Open and a T3 finish at Firestone cemented his status on the European side; just don’t expect Thorbjorn in more than three matches. 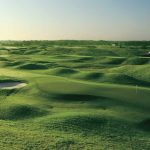 You may also like Brawny Ryder Cup venue Le Golf National will not bow down to the bombers (sorry, Team USA)

We last checked in with the mercurial Brit at the rain-delayed BMW Championship, where he took to Instagram begging for an early cancellation in advance of the rain-delayed final round. Poulter hasn’t seriously contended since the Shell Houston Open, and that was before the Masters! But he’s racked up a host of top-20s. It’s easy to imagine this match-play stalwart to rise to the occasion in front of a fired-up home crowd.

The Masters was awesome. Reed’s U.S. Open was great, too. But if all you’ve heard from Reed since then is the Fenway firestorm he set off complaining about free Red Sox tickets, well, there’s a reason why. He hasn’t been awful, but he hasn’t been particularly good in any department either. Still, Captain America has shown himself to be a big-game hunter. Let’s see if that holds true in Paris.

Watson has won three times this season, a very impressive feat. But Bubba has failed to show up in big events, missing the cut at the final three majors of the season. Le Golf National is likely to neutralize his mighty tee ball while exposing his struggles with driving accuracy and his mediocrity on approach shots. Plus, he only beat one player this past weekend: Phil Mickelson.

The sturdy Swede surges on to another Ryder Cup. And while he’s been plagued by injuries this season, it’s easy to imagine those sweet-swinging irons catapulting Stenson to win a couple matches.

Casey’s year got off to a hot start with a win at the Valspar Championship; it’s been unspectacular since then, and he’s fallen from 12th to 21st in the world. Plus, he withdrew from the BMW just two weeks ago with a back issue, which won’t jive well with the chilly mornings here in France.

Which Spieth will we get this week? The world-beater who nearly charged into the lead with a scintillating final round at Augusta and led through three rounds at Carnoustie? Or will it be the player who has battled a season-long putter malady and has no other top 10s since before the Masters? It’s hard to believe he’s not higher on this list, but it was hard to believe he didn’t qualify for the Tour Championship, too.

Despite his uneven on-course persona, Hatton has actually been a model of consistency of late. He’s made nine cuts in a row, finishing between sixth and 30th eight of those times. He hasn’t been doing much winning, and that’s okay. Whether you like Hatton’s chances or not comes down to how well you think he’ll play with others. 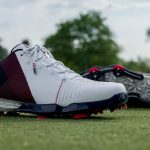 You may also like Got Ryder Cup fever? Here are 6 cool products you can buy to support your team

Noren is this high on the list because of one performance this year: a win at this very golf course during the French Open. Talk about a horse for the course. The reason he’s not higher? Uneven showings since that victory, with just one top 20 and two missed cuts in six starts. This will be a good chance for the still-unheralded Swede to showcase his stuff on a world stage.

With six top-10s in his last 10 starts, Finau got himself into position to nearly win the FedEx Cup without winning a single tournament. Finau’s length will be largely neutralized this week, but he’s a strong irons player, which will serve him well. But as the last man to make the team, will Captain Furyk give him more than three starts?

The American side was rightly nervous when Fowler sat out the first two playoff events with a nagging oblique injury, but he’s looked good in top 10 finishes the last two weeks. Maybe the time off was just what he needed; he’s had a strong season despite going winless and should be a major factor this week.

The Renaissance of Webb Simpson has been something to behold. In addition to his runaway win at the Players, Simpson has notched top 20s at every major, and his recent form is solid, too: T6 and T4 his last two times out. Better yet, his game makes perfect sense for Le Golf National. He’s relatively accurate off the tee, very good with his irons and spectacular with the putter in his hand. Sleeper!

Don’t forget about Frankie. We’re still just a couple months removed from a stretch where the Italian star threw down three wins and two runner-ups in six starts, and he’s remained solid since then. Plus, he finished second at the French Open in 2016! He didn’t play the event this year — he was busy winning the Quicken Loans. Don’t worry about his 0-2-1 Ryder Cup past; that was a different guy. Lots to like here.

Rahm hasn’t been quite in form the last several weeks, and seems to be searching for the magic that got him three wins worldwide in the last 12 months. But it will be most fascinating to see the 23-year-old in a team setting. Rahm’s emotions fuel him…but they can also undo him. The bomber played well at the French Open this year and makes plenty of birdies, which is useful for match play (or any play, really). A dynamite talent with questions this week. 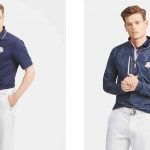 Two weeks ago DeChambeau would have arguably been atop this list, and now he’s barely in the top 10?! Hardly seems fair, but so it goes for the Ryder Cup rookie. His tendency to do things his own way will make for an interesting dynamic inside the team room and during the first two days, especially if he does play alongside new BFF Tiger Woods. There are concerns about a guy with a big miss and a tendency to go nuclear, but the Bryson still has two wins in the last month. He’ll be must-watch.

Don’t sleep on Tommy Fleetwood. He could play all five sessions this week and has the game, temperament and enthusiasm to light it up. Fleetwood gets hot like few others in golf; if the Euros are to pull off the upset, I’m betting it’s in part because Fleetwood has a big week.

Koepka was bad at the Tour Championship, but let’s not read more than we need to into that particular showing. What is slightly more concerning is that Koepka’s bomb-and-gouge style may not help him this week. But we’ve said that before, and we’ve been wrong. Koepka used to play in Europe, so he won’t feel out of place in France. But he’ll have to get up awfully early to sneak in a lift before playing 36 on Friday.

Johnson looked for a short time Sunday like he might win the FedEx Cup, but very quietly reclaimed his world No. 1 ranking nonetheless. He’s not just a good driver of the golf ball; D.J. has rounded out his entire game during his ascendance to the top of the game. You’d want him on your team.

Over the last two seasons, McIlroy has one victory and five (5!) runner-up finishes. That’s wildly impressive. It’s also mildly disappointing for a guy who feels he should sit atop golf’s throne. Sunday’s final-round flop in Atlanta was a reminder that we haven’t seen much of Killer Closer Rory of late. We may yet this week.

It’s always tough to say that Thomas will play particularly well at a given course because his game just doesn’t have holes. The guy is relentless. In 25 starts since last year’s Tour Championship, Thomas has finished in the top 25 all but two times. That is wild. Forget the fact that he’s a Ryder Cup rookie, because it won’t matter. 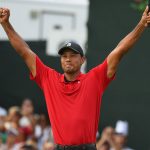 There is plenty that has been wonderfully written about Tiger Woods on the GOLF.com pages the last several days, but it comes down to this: in his current form, is there anyone on the planet you’d trust more to play a single round? That’s not rhetorical — your answer just dictates where you think Woods falls on this list. His iron game is so absurd at the moment that he belongs right up here. But there’s one guy I still like better…

Golf’s new $10 million dollar man had better wait a week to let all that money go to his head. The FedEx Cup champ may have lost his No. 1 rank, but his 2-2-T4 finishes the last three weeks have been enough to show that the Englishman is in top-notch form.