Phil Mickelson leads, and everything else you missed in Round 3 of the Desert Classic 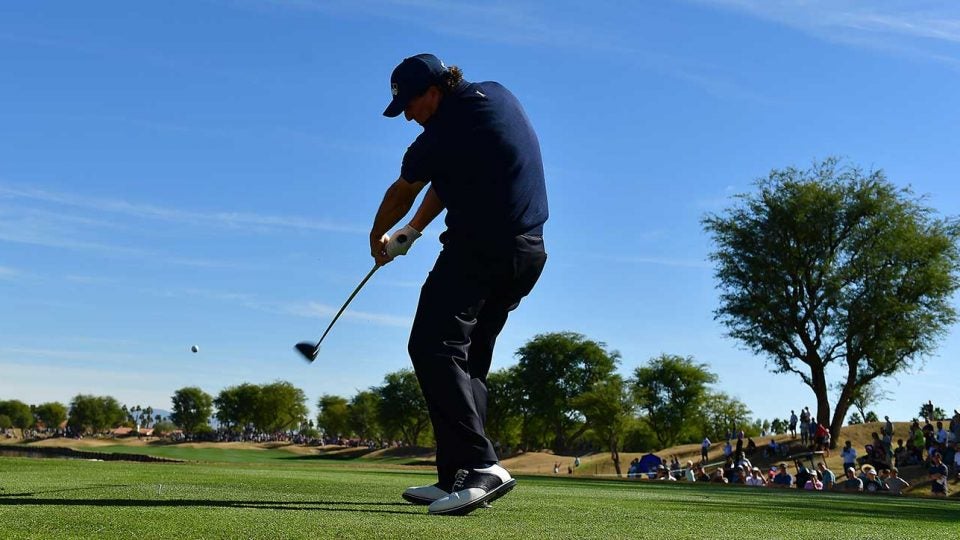 Phil Mickelson tees off during the third round of the Desert Classic.
Getty Images

The story of this tournament is obvious: Phil Mickelson led from the start and he’ll be in the driver’s seat come Sunday as he seeks his 44th career PGA Tour victory.

Here’s everything you missed from the third round of the Desert Classic in La Quinta, Calif.

Mickelson, playing the PGA West Stadium Course on Saturday, started slow and let Adam Hadwin (65) jump into the lead, but Mickelson made three straight birdies on 6, 7 and 8 to make the turn in three-under 33. Birdies on 13 and 14 gave Mickelson the solo lead at 21 under, and he added his final birdie on 17, rolling in a 36-footer on the treacherous par-3.

One of Mickelson’s best shots of the day came from the deep greenside bunker on 16, although he couldn’t cash in with the birdie putt.

Mickelson, after a bogey-free six-under 66, leads Hadwin by two and Adam Long, who shot 63, by three. Steve Marino, who is making his 222nd start on Tour, is four back at 18 under and still looking for his first career Tour victory.

2. Can Rahm chase down Phil?

After opening with a pair of 66s, Jon Rahm shot 68 on the PGA West Stadium Course and sits at 16 under, six back of Mickelson. Rahm won this tournament last year when it was called the CareerBuilder Challenge.

Rahm has always liked the month of January on the PGA Tour schedule. His two Tour victories have been at the Farmers (Jan. 2017) and last year’s CareerBuilder (Jan. 2018). 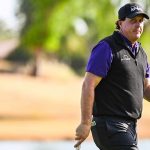 You may also like Phil ‘uncomfortable’ with rules changes: ‘I don’t know them well enough’

3. Give the amateur some love

Amateur Charlie Reiter, a freshman on the USC men’s golf team, shot a nine-under 63 on the Stadium Course on Saturday. It’s the lowest Stadium Course round in the history of the event and the second-lowest amateur score in Tour history (those records go back to 1983).

He finished eight under overall and missed the cut, but he left his mark on the tournament before he bowed out.

Proud of @charles_reiter this week and shooting 63 at the stadium course to finish up today was awesome! Great things to come for him. -8 for the week. #courserecord pic.twitter.com/w8aR1PCSy4